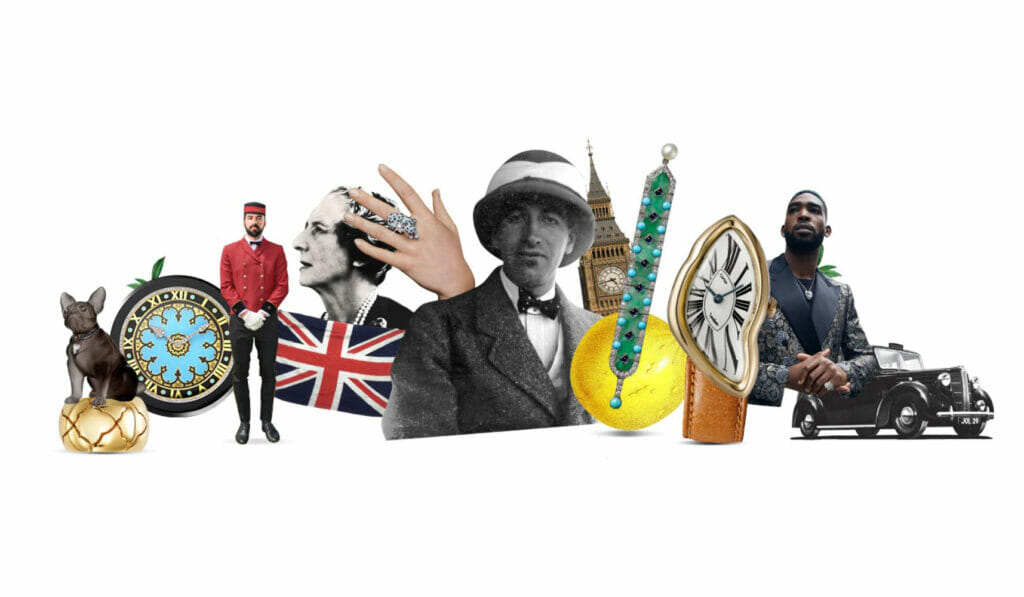 Explore Cartier’s influence and the foundation of the Cartier style.
Thursday, October 10, 2019 By Jx Chong

If you have any interest in understanding the creative process and inspiration behind French watchmaker and jeweller Cartier’s finest pieces, take a journey through time with L’Odyssée de Cartier, a series of short films that dive in on the subject matter.

Consisting of several episodes, the first five sets the tone with stories that are focused on the Maison’s influences and the foundation of the Cartier style that we have grown to know and love today.

Over the course of the chapters, the short films of L’Odyssée de Cartier take viewers on a journey through 150 years to tell stories both big and small. From royal courts to far-flung inspirations, iconic creations and illustrious clients, there is so much to unpack and take in as L’Odyssée de Cartier unfolds the 20th Century journey of Cartier before your eyes. All of this is presented through the spirited rhythm and narration performed by French actor Édouard Baer

“The L’Odyssée de Cartier series dives into the heart of Cartier’s style and eloquently demonstrates what makes our iconic style more current than ever,” says Arnaud Carrez, Director of Marketing and Communication for Cartier International. “This series will allow us, for the first time, to share the depth and the diversity of our culture with a wider public. Once again, Cartier dares to be curious, venturing into new territory in anticipation of the unexpected. L’Odyssée de Cartier is the freely expressed exploration of its own style, by Cartier. Consequently, each episode is an experience.”

The first chapter explores the journey of Jeanne Toussaint was a trailblazer and style icon of the 20th century. Born in 1887, Toussaint was a unique free spirit who established the panther (Panthère) as a Cartier icon. The panther was also a representation of her sharp wit and fierce determination that earned her the nickname “La Panthère”.

She first met Louis Cartier before the First World War and during her lifetime, she revolutionised contemporary jewellery and was the pioneering director of Cartier’s design studio, a designer who risked it all.

She became Creative Director in 1933—a position she occupied until 1970. Discover her trademark “Toussaint taste” and how it was to influence the most elegant women of her time.

Cartier London’s legacy is long-lasting on the Maison’s creative vocabulary. Cartier had chosen London for its first internal outpost in 1902, weaving itself into the fabric of the vibrant scene of contemporary London. Its story begins with its links with the Royals and English aristocracy, mixing with society’s highest echelons.

English quirkiness was instilled in design and dandy chic crossed the Channel. The Crash Watch, swinging London and royalty… A family affair of elegance and eccentricity.

Cartier and the Russian influences

Cartier’s first Russian client, Prince Saltykov, visited the Maison in Paris in 1860 but that was just the beginning as other major clients sought the delicate Cartier style, which contrasted the period’s Russian jewellery. Cartier had formed close connections with the Russian Imperial Court. This is reflected a century later when Cartier chose the name “Romanov” for a bracelet showcasing a

Whilst major Russian clients took the Northern Express to Paris, Pierre Cartier was en route to St Petersburg. On the one hand, the East, imperial diadems from Slavic folklore, and on the other,
Paris, to debut the Garland style, the Ballets Russes, green, blue and Cartier. A Franco-Russian fusion brought talent, artists and savoir-faire together.

Cartier and the road to the East

In the early 1900s, Louis Cartier developed a passion for Islamic art. He amassed a collection of Persian miniatures and precious Islamic objects. His sketches were soon inspired by Arabic and Persian culture, leading to the creation of motifs such as lattices, squares and checks, appearing in Cartier’s stylistic palette.

Whether in their original form or transformed, they belong to the designers’ vocabulary, who reinvent them from creation to creation. They are now a part of the Cartier style and central to the Maison’s inspiration.

Cartier and the Chinese influences

Finally, planned for release during autumn, a history full of chimeras, dragons, mother-of-pearl and lacquer which has travelled from continent to continent. A clash of two cultures which merge with Art Deco, blending precision and exoticism, symbolism and abstraction.