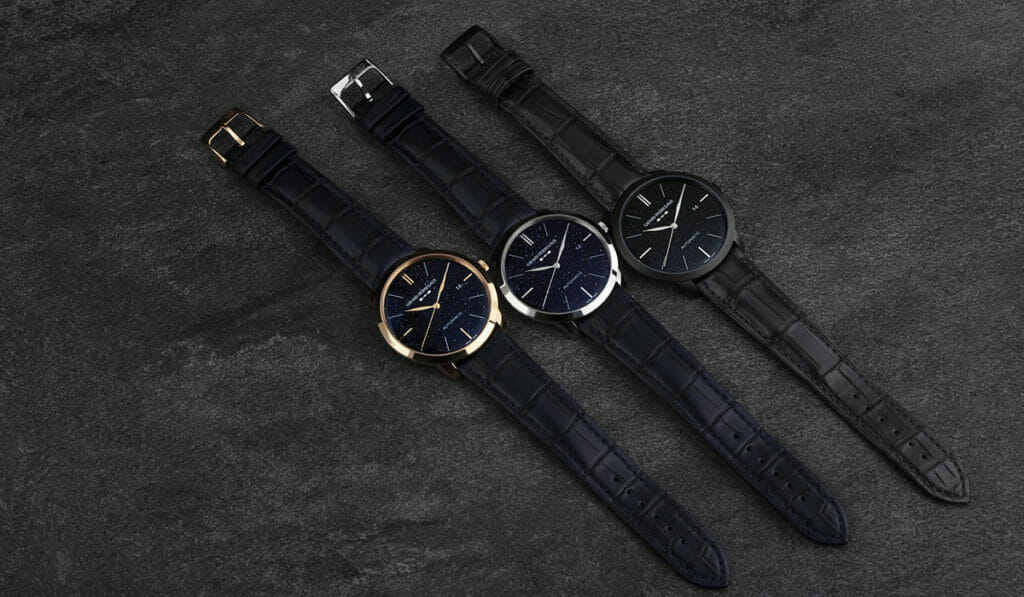 Luxury Swiss watch manufacturer Girard-Perregaux recently introduced three new additions to its 1966 Orion Trilogy, a collection of timepieces, that are inspired by the three bright stars that sit on Orion’s constellation.

If you are not familiar, within classic Greek mythology,  the prominent constellation’s is said to have been birthed when the god Zeus placed a giant huntsman in the stars naming it Orion.

Girard-Perregaux taps on its decades of craftsmanship and technical expertise to craft this new ultra-thin watch that boasts a classic look. Utilising sparkling black or blue aventurine dials, the 1966 Orion Trilogy invokes a night sky filled with stars.

Girard-Perregaux’s latest collection features convex sides and round shape is not dissimilar to the first pocket watches. Its slenderness hides finely balanced lines and

All three watches feature a 40mm wide steel case and a 9.40mm thickness and it is complemented by a domed sapphire crystal with an anti-glare coating.

On the dial, the watch maintains a relatively minimalist approach opting for tapered applied hour markers that are not too distracting to viewers, so as to allow them to better appreciate the sparkling scenery behind it.