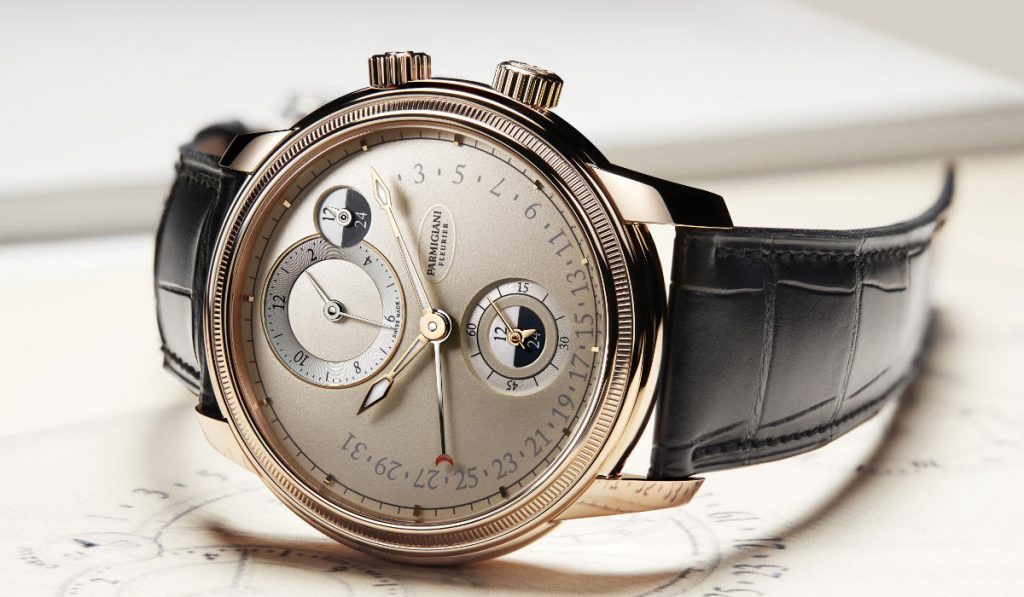 When it comes to the world of modern horology, we have come to a point where ‘in-house’ is a buzzword that most luxury watchmakers are steering towards. The ability to make in-house movements is applauded, while the highest rung of praise is saved for those who can even manufacture the tricky escapement and hairspring under one roof. Most of the brands that can claim this usually have decades, if not centuries, of heritage but, surprisingly, Parmigiani Fleurier, a manufacturer that has only been around for 20 years, can also proudly proclaim to make everything in-house; and all this is thanks to the brand’s eponymous founder – Michel Parmigiani.

Although, officially, Parmigiani Fleurier was established in 1996, its founder had started a business dedicated to the restoration of clocks and old pocket watches much earlier in 1976. As the story goes, Parmigiani would work on restoration projects during the day and, at night, he dedicated his time to his personal creations. “Even before the launch of the brand Parmigiani Fleurier, I was already creating movements for the pocket watches and clocks I was restoring. It was also around that time I created my first movement with eight days of power reserve, which we still have today,” recounts Parmigiani.

Each work that Parmigiani restored enriched his technical knowledge and expertise as a watchmaker and, by the 1980s, he was entrusted with the maintenance of the priceless Maurice-Yves Sandoz collection. It was through this connection that he was acquainted with Pierre Landolt, the President of the Sandoz Family Foundation, and, through them, Parmigiani acquired the resources to set up the brand bearing his own name in 1996. Parmigiani explains: “When I set up the brand in 1996, it was really a continuation from the 1970s because, by then, I already had a lot of ideas of what I wanted to create. The backing of the Sandoz Family Foundation propelled it forward, speeding up the process.

“With the launch of the brand in 1996, all this experience and expertise started to be amplified. The Sandoz Family Foundation also invested a lot in building the rest of the elements that would contribute to the integrated structure of the Parmigiani Fleurier manufacture, not only for the movements but also for the case and the dial,” Parmigiani explains. The dials come from Quadrance & Habillage, the cases from Les Artisans Boîtiers, the movements from Vaucher Manufacture Fleurier, and the components (including the regulating organ and hairspring) from Elwin and atokalpa – SFF Composants Horlogers SA.

The Tonda Chronor Anniversaire comes with an integrated chronograph movement in solid gold.

Interestingly enough, this vertically integrated structure not only gives Parmigiani Fleurier the freedom to create everything it needs without sacrificing creativity, but also affords it a business model of supplying parts to other watchmakers. For example, in addition to making movements for Parmigiani, Vaucher also makes movements for Hermes, Richard Mille, Corum, Baume & Mercier and Fabergé. In his words: “In order to create the tools we use make everything in-house, we needed to have a minimum production volume and, because this volume is bigger than what we can sell, we have opened our doors to other brands.”

Throughout all of this, restoration has remained an integral part of Parmigiani’s work. “Commercially, restoration of clocks and watches are not activities that generate profit for Parmigiani Fleurier, but it is sustainable and covers its cost. Restoration remains the soul of the brand because of what it brings to the company in terms of technical knowledge and inspiration from the past that can be translated to contemporary creations.”

Creations like the Toric Hemisphères Rétrograde that recently won a prize in the 2017 Grand Prix d’Horlogerie de Genève (GPHG). The idea for this dual time watch that displays two timezones, accurate to the nearest minute, was inspired by a pocket watch most probably created in the 1870s. Simply known as the ‘dual time pocket watch’, this remarkable timepiece in the Maurice-Yves Sandoz collection houses two separate movements within the case and became the impetus for Parmigiani’s research into creating an ingenious mechanism which has a motor movement and a ‘follower’ module for the Toric Hemisphères.

Through the knowledge garnered from the past, Parmigiani Fleurier looks like it is well positioned for the future as well. Utilising the technical expertise amassed, it has managed to build incredible modern movements like the Bugatti Type 370, which is assembled along a horizontal axis, in a tubular formation. Or even the more recent Tonda Chronor Anniversaire (which also won a GPHG prize) with an integrated chronograph movement made of solid gold.

What began as an entrepreneurial adventure back in 1976, at the height of the quartz crisis, has now transformed into one of the most important strongholds of traditional watchmaking. Parmigiani explains: “I have faith in the traditional watchmaker’s art; it is the cornerstone of Parmigiani Fleurier and has been the guiding force throughout my career.”

The Case of the Toric

One of the very first watches that Michel Parmigiani designed was one with the Toric case and it was actually inspired by an experience he had in Malaysia! Parmigiani was on a beach holiday on an island near Tioman when he discovered a conical shell among the sand. This shell, when viewed at a 45° angle would appear quite flat but, when looked at horizontally, it was extremely thick. This optical illusion – due to the knurling on the shell – became the inspiration for the knurled case of the Toric, allowing the watches to appear slim even with a slightly thicker case.