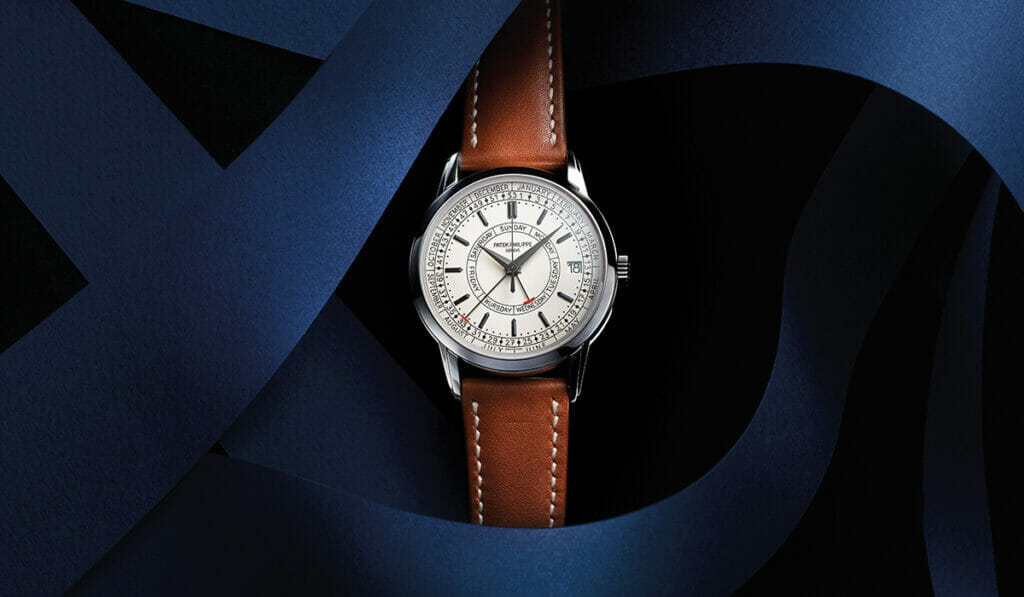 The making of a new icon
Thursday, September 12, 2019 By Christy Yoong

For all its long and storied history, 1932 was an exceptionally pivotal year for Patek Philippe. Two signiﬁcant events took place this year and, in the process, laid the foundations for the brand to become what it is today – one of the most esteemed and revered watchmakers in the world.

The ﬁrst saw a change in ownership of the watchmaker that was founded in 1839. Having been buffeted by the successive shocks of World War I and the Great Depression, and facing the uncertainties of shrinking markets and growing debt, Patek Philippe needed some inspiration. The watchmaker turned to brothers Charles and Jean Stern, whose company, Fabrique de Cadrans Sterns Frères, had been a supplier of watch dials. After taking over in 1932, the Sterns embarked on a period of consolidation and, more importantly, modernisation and expansion, preparing Patek Philippe for its future of creating some of the world’s best watches.

One of the earliest – and, arguably, most fateful – decisions the Sterns made in 1932 was releasing the Calatrava Ref 96. The Calatrava (the name is taken from the ornate Calatrava cross, which Patek Philippe registered as its trademark in 1887) was inspired by the Bauhaus principle of form follows function, introducing a minimalist design, created by David Penney, that distilled timekeeping down to its most pure essence. Classy yet simple, the Calatrava Ref 96 featured a round case, baton or numeral hour markers and a small seconds sub-dial at 6 o’clock. It would launch one of Patek Philippe’s most iconic lines of watches, and was not only a commercial success but also bequeath a design language that would remain at the heart of the watchmaker to this day.

The Ref 5212A-001 introduces a new function that display week number.

Earlier this year, at Baselworld 2019, Patek Philippe unveiled the Ref 5212A-001 Calatrava Weekly Calendar, which features a new function for calendar watches: the weekly calendar. The watchmaker has, over the years, developed a broad spectrum of calendar functions, from the simple aperture date to the extremely complex secular perpetual calendar that is pre-programmed into the 28th century.

With the Ref 5212A-001 Calatrava Weekly Calendar, Patek Philippe has expanded on its collection of useful complications. This totally new semi-integrated mechanism consists of 92 parts and, thanks to a specially developed plate, is a very svelte 1.52mm in height. A seven-point star on the hour wheel in the centre of the movement controls the day-of-week display, while via a lever, a second sevenpoint star with an extended Sunday tip drives the 53-tooth week wheel. The Ref 5212A-001 Calatrava Weekly Calendar is also powered by a totally new movement, the self-winding mechanical movement 26-330 S C J SE, a perfect manifestation of Patek Philippe’s tradition of innovation. The sapphire-crystal caseback reveals the reﬁned architecture and painstaking ﬁnissage of the movement as prescribed by the Patek Philippe Seal.

The timepiece also boasts a totally new self-winding base caliber.

The silvery opaline dial of the Ref 5212A-001 Calatrava Weekly Calendar features the unusual layout of ﬁve hands from the centre and two concentric scales at the periphery. Hours and minutes are read with elegant Dauphine hands in blackened white gold, with a slender counterbalanced hand tracking the seconds. The day of the week is indicated by a hammer-shaped hand on a circular scale in the middle of the dial, while a second hand of the same design delivers week number and month readings on the concentric scales at the edge. An aperture date sits at 3 o’clock. The typography expressly created for the Ref 5212A001 Calatrava Weekly Calendar is actually based on the handwriting of one of Patek Philippe’s designers, making its letters and numbers unique. Carefully printed in black, they add a very personal touch to the dial, recalling a time in the past when notes were still written by hand.

(Related: The New Patek Philippe Reference 5270/1R- 001 Is The Latest Novelty In A Long Line Of Perpetual Calendar Chronographs)