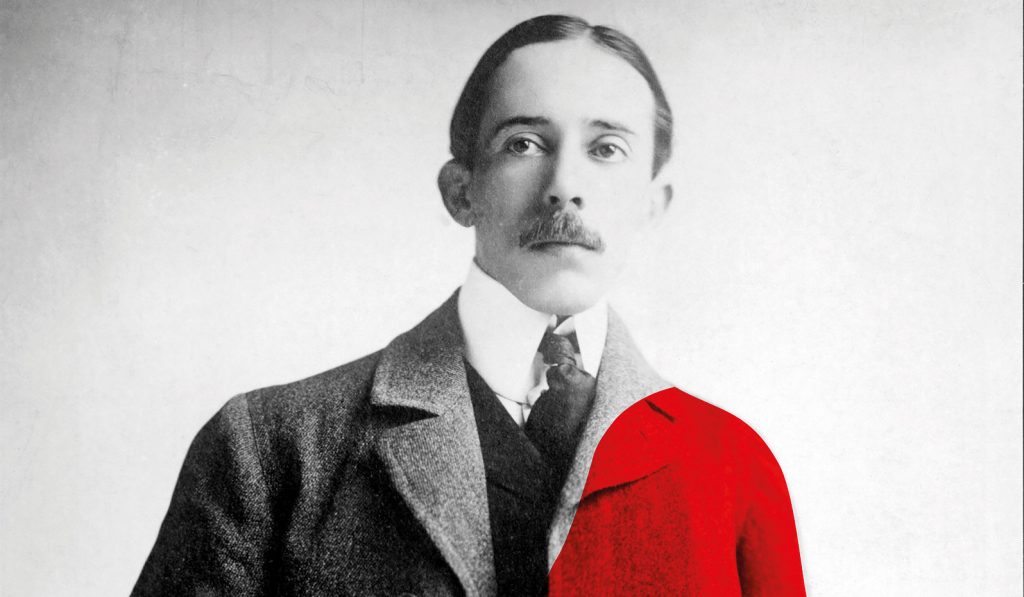 “Timeless”, “elegant” and “iconic” are words that tend to be used all too liberally to describe popular watches from haute horlogerie’s elite. To be fair, the adjectives are, more often that not, accurate. But, when it comes to a watch like the Cartier Santos, the holy trinity of luxury marketing speak doesn’t do it justice. The Santos was truly a legend.

The story that led to its creation isn’t exactly novel. There was a necessity and an invention came out of it. Brazilian aviator Alberto Santos-Dumont (opposite), whose contributions to aviation include being the first to achieve the flight of a powered airplane, needed a hands-free solution to check the time during flights. Fortunately, he had a friend in Louis Cartier, grandson of Cartier founder Louis-Francois, who offered to design a timepiece to be worn on the wrist. So in 1904, Cartier invented its very first wristwatch, which also happened to be the world’s first pilot’s watch.

It had a square case with a rounded, highly legible dial and was secured to the wrist with a long leather strap. Its most striking (and defining) feature was the exposed screws on the bezel, an ode to the progress of machines and inspired by – depending on who you ask – the legs of the Eiffel tower or the rivets on the aircraft. It also featured a deployant buckle that Cartier developed in 1909, the only folding buckle on the market for many years.

The aviator had the exclusive privilege of wearing this watch until 1911, when Cartier introduced it to the public. The watch, produced in limited numbers in precious metals, proved a hit as it entered a market that was moving away from Art Nouveau, its purpose-driven design making it a pioneer of the coming Art Deco period.

For decades after, the Santos-Dumont, together with the equally emblematic Tank, drove Cartier’s watch sales for their – dare we say it – timeless elegance. But competition was hotting up in the 1970s. In 1972, Audemars Piguet released the Royal Oak. Four years later, Patek Philippe followed up with the Nautilus. The “luxury sports watch” category had arrived, and Cartier had just the model to throw in the race. The Santos-Dumont was renamed the Santos de Cartier in 1978 and its redesign included a steel case and bracelet with a gold bezel and screws. This became Cartier’s first bimetallic watch. The Santos de Cartier continued to evolve over the years, with the numerals switching between Arabic and Roman, case sizes and shapes being tweaked for the times, and some models even doing away with the signature bezel screws. But no matter what the maison did, the Santos was always recognisable.

Thanks to its strong DNA, the timepiece adapted easily to the times. The year 2018 saw an overhaul of the design, removing Super-LumiNova, adding blued-steel hands, increasing the case sizes, hiding a tiny “Cartier” signature inside the number seven and, most prominently, reshaping the square bezel to extend into the bracelet. The movements were also upgraded, and the userfriendly Quickswitch and Smartlink were included to make strap changes and adjustments a breeze. The Santos de Cartier was now ready for a new era.

This year sees an expansion of the redesign with a range of new references (see images on following pages). The Santos de Cartier Chronograph introduces the popular driver’s complication using a modified 1904CH MC movement (first seen in the Calibre de Cartier Chronograph). The start/stop pusher is now located on the left of the case to face the crown, which itself houses the reset button, all for maximum symmetry.

Super-LumiNova comes back in a big way in the Skeleton Noctambule, where all of what’s left of the dial lights up in the dark. A variety of non-lumed skeleton models are also available. The more restrained date and time-only models will appeal to those with more traditional tastes, but a blue-dialled version keeps things trendy.

But the novelty that epitomises the Santos heritage is, perhaps surprisingly, the new quartz-powered Santos-Dumont. Using the original 1904 design as its template, the watch’s dimensions are kept relatively demure at 27.5mm and 31.4mm. The numerals are noticeably slimmer and more elongated than its siblings’. Don’t scoff at the movement just yet – it’s a high-efficiency one with an autonomy of six years, twice as long as traditional movements. If anything, this just proves that the ageless allure of the Santos can transcend even horological snobbery and, ultimately, welcome a new generation of fans.