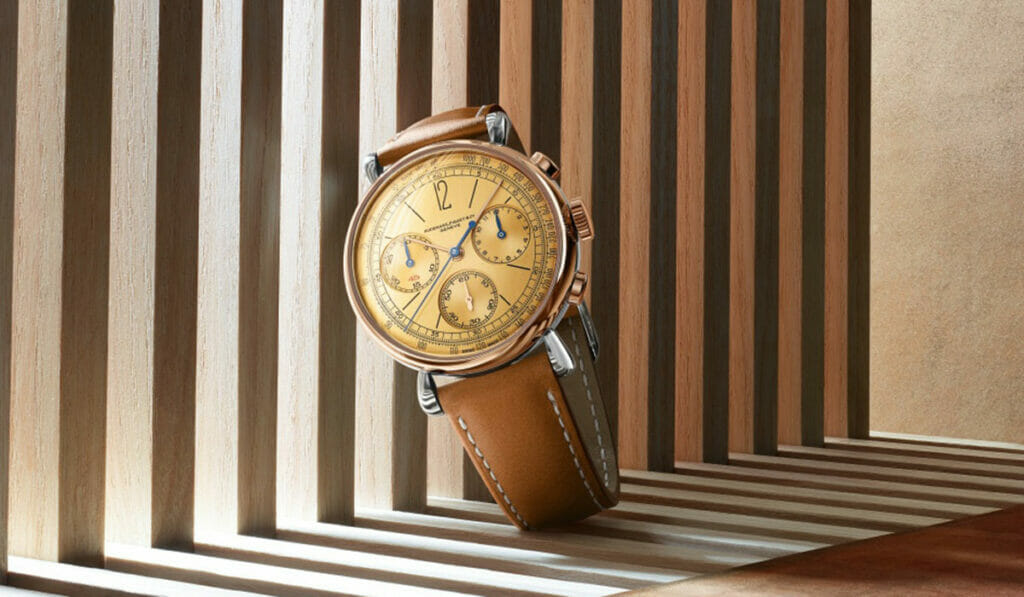 The brand is known for its signature luxury sports watches, having started the trend with its iconic 1972 Royal Oak. But AP’s rich history goes well beyond the Royal Oak as it has manufactured some of the finest chronographs and perpetual calendars.

Among them was AP’s ultra-rare vintage chronograph watches, only 307 examples were made between the 1930s through the 1950s.

For this remastering project, AP has taken inspiration from its ref. 1533, a high-end 1940s chronograph for its time. It evokes a highly distinctive vintage design that serves as the inspiration for the [Re]master01.

The case is made of a combination of stainless steel and 18k pink gold that is also used for the bezel, crown and rounded pushers.

The chronograph is characterised by its large teardrop lugs, a 40mm diameter steel case, that bring the Art Deco feel to the watch. It has a unique yellow gold dial with three sub-dials: a small seconds at 6 o’clock, a 30-minute counter at 9  o’clock and a 12-hour counter at 3 o’clock.

It is also worth mentioning that the timepiece features the historic “Audemars Piguet & Co. Genève” logo on the dial as a way to pay homage to the original piece. From around 1885 to the mid-1970s, Audemars Piguet had a workshop in Geneva to be closer to its clients and facilitate distribution within Europe and beyond.

AP has modernised the [Re]master01 by equipping it with the Manufacture’s newest generation self-winding chronograph mechanism: an integrated chronograph with column wheel and flyback function.

The Calibre 4409 is an in-house movement that was first seen in last year’s Code 11.59 chronograph. It has the usual column wheel and vertical clutch that is common on a modern high-end chronograph. It also has a comfortable 70-hour power reserve.

As it has a flyback mechanism, it is able to instantly reset and can be restarted with a single push of a button. Also worth noting is the large 22K gold rotor is decorated with a guilloché pattern.

Last but not least, the [Re]master01 is worn with a light brown, hand-stitched calf leather strap with a pin buckle. It also comes with an additional alligator strap.

Audemars Piguet’s [Re]master01 Selfwinding Chronograph is limited to 500 pieces and is priced at CHF 49,500 (before taxes).