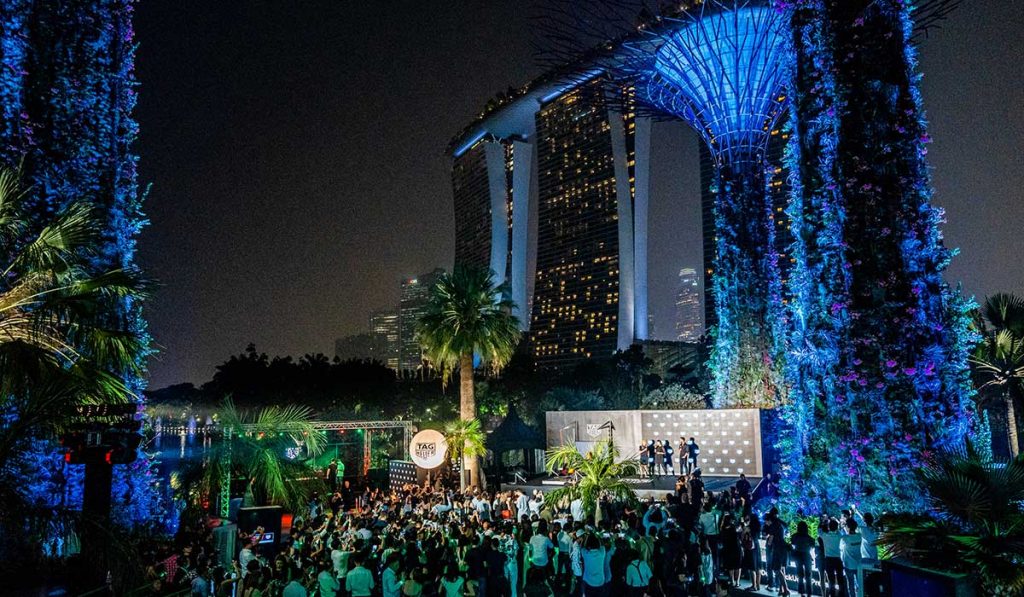 The invitation, when it arrived, was intriguing. TAG Heuer was celebrating the F1 Singapore Grand Prix with its ambassador Chris Hemsworth and Aston Martin Red Bull Racing driver Max Verstappen. The catch was, before meeting them, we had to undergo the rigours of the roller coasters at Universal Studios Singapore. No mention was made if we needed to prove we #DontCrackUnderPressure – TAG Heuer’s famous tagline – at the rides before we could meet the God of Thunder himself.

Nonetheless, we girded our loins and headed for the 20ha screamfest that is Universal Studios Singapore in Resorts World Sentosa. The rides – although there were far more attractions, it was the rides that we were really there for – ranged from the tame to heart-stopping, hairily scary and even sanity questioning. Some, like Battlestar Galactica: CYLON , really did make you question your life choices. Still, we (most of us, anyway) gamely boarded the rides, said our prayers and, ultimately, survived physically and mentally, if slightly bruised. We didn’t crack under pressure after all.

As a reward, the next evening, we headed for the Silver Leaf at Gardens by the Bay, where TAG Heuer held its F1 Singapore Grand Prix. Under the Gardens by the Bay’s Supertrees – the 25m to 50m high structures were alive with an exhilarating display of lights – was a hub of activity as guests enjoyed canapés and cocktails in front of a stage where they waited for the appearance of Hemsworth and Verstappen. We, however, went literally behind the stage where we waited to meet the duo.

Although only 22, Verstappen has already left a mark on F1. He is both the youngest-ever driver in an F1 race and, after winning the Spanish Grand Prix in 2016, the youngest-ever winner of an F1 race. He might have won another six F1 races since, but the attention that evening was mostly on Hemsworth. Tall and impossibly charming, it was a shame we only had four minutes with him. He talked about his relationship with TAG Heuer: “I love working with TAG Heuer. It was a relationship that grew quite organically from (the 2013 movie) Rush. The director, Ron Howard, gave me a TAG watch, and my interest and fascination for the brand grew from there. I then went out and bought a bunch of TAG watches, which they heard about and things started from there. You could say I bought my way into this family!” He was also gracious enough to reveal what, if anything, made him crack under pressure: “My kids make me crack – I have three and they really know how to test you. Every day is a learning curve.”

And with that, we were ushered back out into the party, where we would watch Hemsworth and Verstappen, joined by some guests, compete in F1inspired challenges – Pit Stop Tyre Challenge, where they raced against the clock and pitted their tyre changing skills, and the Batak Challenge to test their reflexes and hand-eye coordination. As we drifted away at the end of the party, one thought lingered: wouldn’t it be great if Thor came on the roller coaster with us? Maybe next year