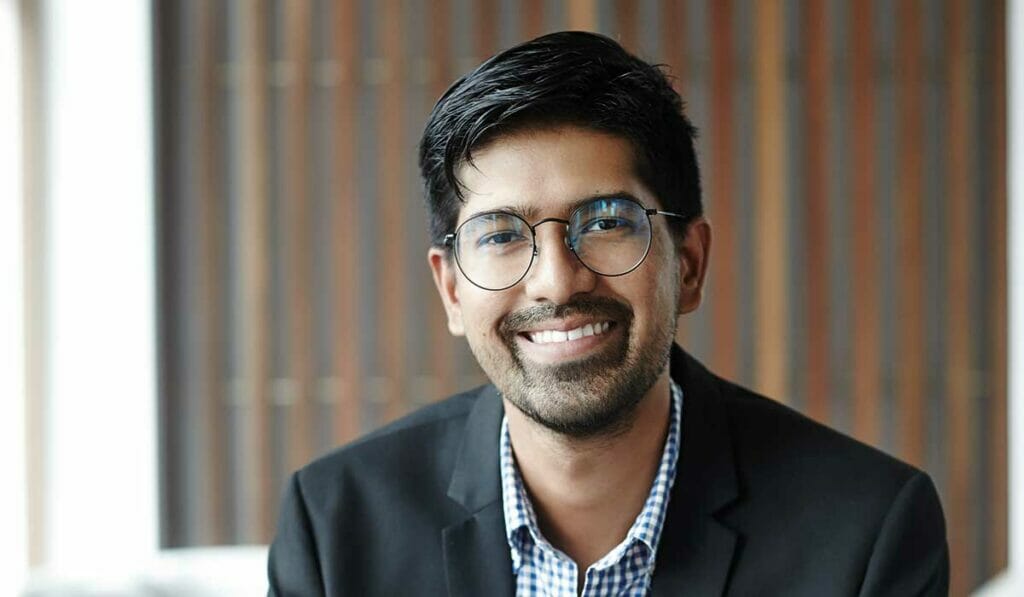 A drive to assist consumers who needed to get things done with government agencies motivated Joshua Smith to develop and digitise the platforms that interface with the government.
Friday, April 17, 2020 By Editors

Dynamic, innovative and young. These are the qualities of the next generation of leaders who are making waves in their respective fields.Â  We recently had the opportunity to catch up with four sets of young individuals to hear from them what their individual experiences are, what drives them and most importantly, what is their secret to success.

Honestly, Iâ€™ve not always been inspired by entrepreneurship. Instead, Iâ€™ve always wanted to change the world and make a significant difference in peoplesâ€™ lives. Thatâ€™s how I stumbled upon entrepreneurship along the way!

It all began with looking at a problem thoroughly and trying to effectively solve it. I canâ€™t help this as I am trained as an engineerâ€¦ and this is how our minds work! Thatâ€™s how the idea for MyPay came to me. Nick (Liew) â€“ MyPay and eJaminâ€™s co-founder â€“ and I saw a load of inefficiencies when it came to dealing with government-related issues online.

You have to go to different portals, and usually the â€˜how toâ€™ information would be wanting. Of course, lining up and doing things over-the-counter is something that anyone should be spared from in this day and age, so we saw a great opportunityâ€¦

I knew that 1 wouldnâ€™t find the chance of affecting a high level of change in peopleâ€™s lives working in a consulting job, for example, or perhaps working in a big multi-national company. But when you do something for yourself, you really have to find the power to define your objectives and look into the problem that you want to solve properly â€“ be it just for a segment of people in a community, or on an even broader scale.

My mother, whoâ€™s a single parent, was my biggest source of inspiration. I suppose she juggled her time and resources in such an extraordinary way to bring my younger brother (whoâ€™s a successful chef now, by the way) and I up, while giving us the best in education and growing up experiences. Sheâ€™d sign us up for extra classes or whatever activities that we needed – somehow sheâ€™d find the means to do it, in spite of the situation at hand back then, and I was so very inspired by this.

And suppose the biggest difference between my mom, and all the typical Asian parents out there, was the fact that she never pushed us to achieve the whole â€˜straight Asâ€™ thing. Instead, sheâ€™d say to me: â€œJosh, just study hard for what you like the most, and ace thatâ€ and I was very inspired by this sense of freedom to choose for myself. But growing up, I also had other idols â€“ I got my first Macbook in 2009 and Steve Jobs has always been someone that I admire for the things that he has accomplished with the Apple brand. Bill Gates is also right there with him because I think Jobs made the transition from solely driving a purpose by impacting the whole world with Microsoft, to what heâ€™s doing now with his awesome philanthropy and generosity.

And since I am also a big motor head and I work on my own cars on the weekends or whenever I have the time, Elon Musk is definitely an idol of mine! How he challenged big brands like GM initially was legendary and because of people like him, the subject of electric cars and mobility is something that is cool, and people now aspire to be a part of such a wonderful movement.

In 2016, I went to England to do my Masters in Automotive Engineering and Computer Science (all this ties in to my final year project which is to design electric car batteries), and because my student visa allowed me to work for a year as part of this, I stayed on to do an internship as well as a work placement there. So, I ended up working with this company developing lithium sulphur batteries which is slightly deferent from the more commonly know lithium ion we have now, a bit higher in density thus offering more energy storage, but the problem was they were prone to exploding! My job was to work on algorithms to control this. I loved it, ended up approaching the likes of McLaren to sell them the knowhow, but in the end, it didnâ€™t work out for me because my visa ran out, and Brexit put a spanner into my plans on top of everything else!

When I got back to KL, I reached out to the likes of Proton and Uber the moment I got back to KL. I got replies from both but suppose the Uber meeting was more interesting to me. During the interview with Uber, they had me do an exercise whereby I was told to book a Grab ride (back then, Uber and Grab were competitors) and report about how the ride and using the service was like for me personally, and also recommend ways on how Uber could do better. I spent a few years with Uber in the end and that was a wonderful experience. They have the mentality of growth at all costs and they firmly believed in pushing the idea of making people comfortable with sharing a car with a complete stranger.

My partner Nick at MyPay and eJamin now, and I were colleagues first back at Uber. We had to leave when Uberâ€™s merger with Grab happened. At that point, we had both found new jobs but at the same time, we also working on the idea behind setting up the MyPay and eJamin portals in our spare time. We made contact with a company that later on became the parent company to MyPay and eJamin, Dapat Vista (M) Sdn. Bhd. So, in the end, Nick and I went in to revamp Dapat Vista, and run it as a startup with our two new products â€“ thus, the e-government payment portal MyMay and eJamin (the first bail payment solution in Malaysia and Southeast Asia that allows bailers to make payment through the portal), were born!

Nick actually had the unfortunate experience of being put into a police lockup as a Uber driver and understood the difficulties of posting bail. I had plenty of experience trying to apply for approvals from government-related agencies. We both found out the hard way that most of these agencies are not connected to each otherâ€™s databases, thus thereâ€™s no such thing as auto processes to assist consumers who needed to get things done with these agencies.

Dapat Vista had already been working with these various government agencies for many years so the connectivity framework between us and these various agencies were already in place. But initially, things were being done in a very old school ways â€“ via a short messaging service platform! What we did was to develop and digitise the platforms, and also make it more secure. MyPay and eJamin now uses a new type of verification process, similar to the one utilised by the current crop of e-wallet systems. Right now, we are connected with 10 government agencies, you can pay for stuff like your PTPTN (Perbadanan Tabung Pendidikan Tinggi Nasional) study loan instalments and also arrange for things like bail payments with our portals. Weâ€™re looking to expand this to the payment of PDRM and JPJ summonses real soon.