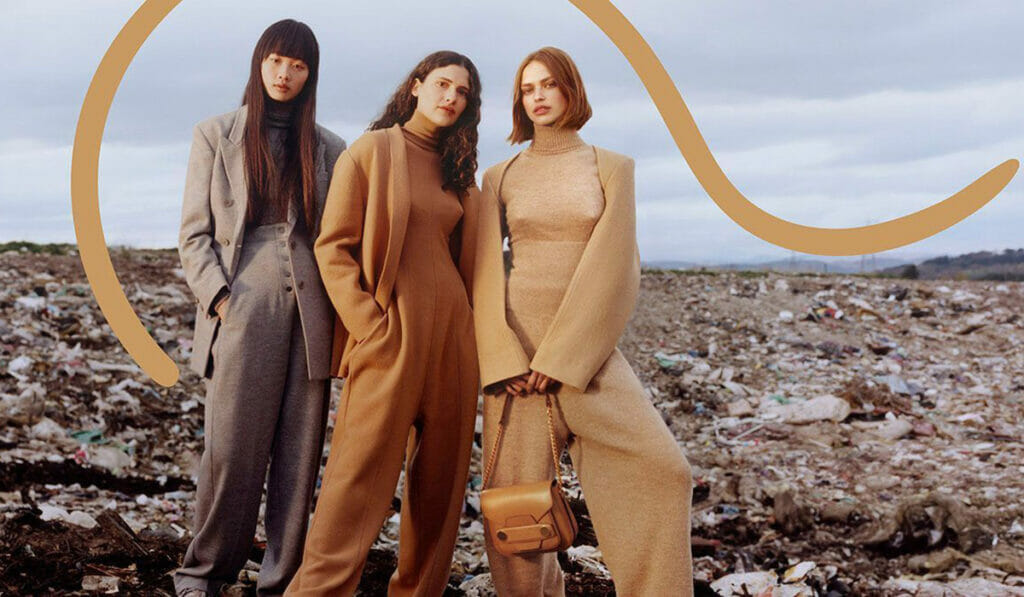 Known as a luxury sustainable fashion brand, Stella McCartney’s 2017 Winter campaign brings to surface the problems that are wrecking our planet.
Wednesday, August 2, 2017 By Joanna Lee

Artist Urs Fischer and photographer Harley Weir have come together to produce a bold new campaign for Stella McCartney. Shot amidst the man-made landscapes formed from the accumulation of discarded items on the Eastern Coast of Scotland, the new campaign stays true to the designerâ€™s commitment to sustainability and responsibility by exploring the issue of waste and over-consumption. Weirâ€™s images paired with Fischerâ€™s illustrations highlights the sense of awareness of Stella McCartneyâ€™s ethos.

No thanks to a majority of plastic-based â€œsingle useâ€ and â€œdisposableâ€ items that are contributing to the damage of our environment and ultimately, our planet, we currently suffer from a waste and consumption problem that can only get worse without action. Currently, we produce nearly 300 million tons of plastic annually, half of which is for single use, and more than 8 million tons of plastic is dumped into our oceans every year.

According to Stella McCartney on the new campaign, â€œthe idea we had with this campaign is to portray who we want to be and how we carry ourselves; our attitude and collective path. Our man-made constructed environments are disconnected and unaware of other life and the planet which is why there is waste.â€

The campaign sees models from the designerâ€™s Winter runway show cast such as Birgit Kos, Iana Godnia and Huan Zhou in signature designs amidst the wasteland. They showcase this seasonâ€™s signature textures and shapes in tailoring, knitwear and embroidery marrying the latest velvet Falabella Box, Stella Popper bag, Sneak-Elyse and runway sneaker; the women creates a contrast and positivity to the message.

â€œStellaâ€™s fashion to me is about dignity, love, and a beautiful attitude to all challenges,â€ Urs Fischer commented about the campaign. â€œAll while feeling good and looking great and we wanted to reflect that in the concept of this campaign.â€

Since their launch in 2001, the Stella McCartney brand has made their commitments to being a modern vegetarian company clear. They never use leather, fur, skins, or feathers in any products for both ethical and environmental reasons, setting the bar for the use of alternative materials.

Accompanying the print campaign is a mood film that further illustrated the spirit of the collection and the crucial message which you can find below: