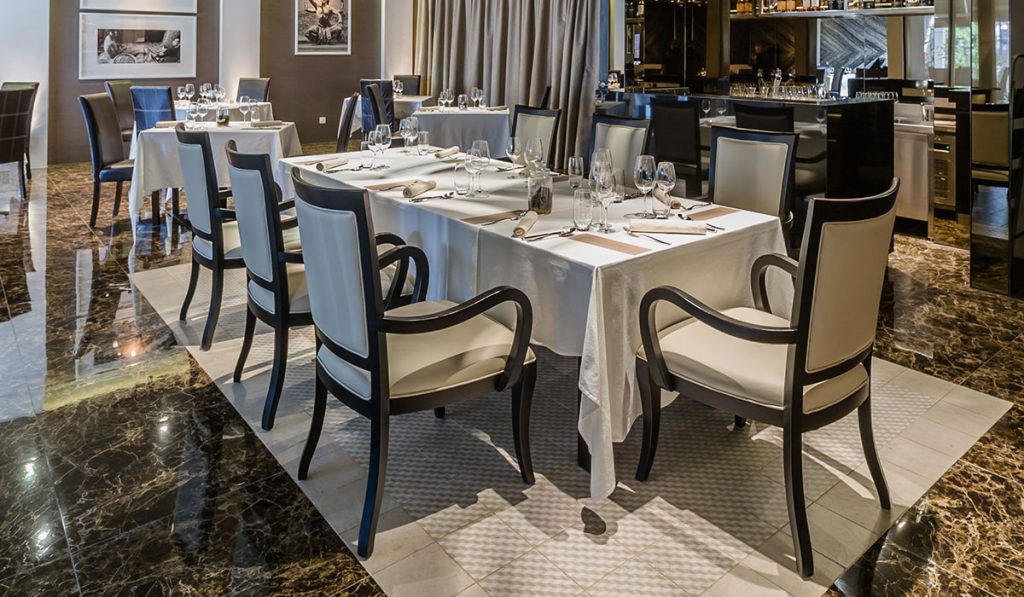 Put your new year’s resolutions on hold for January because we have four great dining suggestions you simply have to try.
Monday, January 6, 2020 By Editors

The new year may have turned the corner and while we may be more cautious over our diets, that shouldn’t mean we should starve ourselves of the best food on offer in town. Hot on the taste trail, The Peak presents you with four irresistible restaurants you should definitely try this month.

A NOD TO NADODI

Experience is born from the journey and not the destination but at Nadodi, every step of the way counts. South Indian cuisine is presented in a manner like never before with culinary influences drawn from the subcontinents of Tamil Nadu, Kerala and Sri Lanka. The brainchild of Chef de Cuisine, Sricharan Venkatesh, Brand Director, Kartik Kumar and Head of Beverage Programmer, Akshar Chalwadi, the concept of Nadodi which means nomad in Tamil and Malayalam, is to construct a menu that takes you on a journey.

Guests are offered the option of a 7-mile, 9-mile or 11-mile journey and can expect such delicacies as the â€˜Humble Brothâ€™, a piquant soup based off the South Indian rasam. The broth is also made into a tipple known as Rasam Cocktail which is mixed with seven-day lacto-fermented tomatoes and comes with warm rasam foam. Meanwhile, Pickle Me offers Western and South Indian styles of pickling. Delights include an Alaskan king crab meat salad with pickled daikon discs and cardamom-infused jelly, to pickled jackfruit between slices of curry leaf flavoured brioche bread drizzled over with tangy mustard oil. Despite only entering the food scene in March of 2017, Nadodi has already cooked up a storm earning them the most recent DISTINCTION of appearing on the Worldâ€™s 50 Best Discovery.

The Bombay Canteen also serves award-winning cocktails that tell of the story of Mumbai over the years, through the golden age of single screen stalwarts. Start of the rounds of drinks with â€˜Miss Frontier Mailâ€™, a homage to the Indian action crime thriller directed by Homi Wadia or get into the spirit of things with â€˜Sikandarâ€™, a 1941 Bollywood epic directed by Sohrab Modi, the silver screen awaits.

A more striking recommendation cannot be made enough for RAW and its embodiment of the gourmet culture of Taiwan. Created by Chef AndrÃ© Chiang, with Chef Alain Huangâ€™s masterful talent helming the kitchen, RAW has grown to become a veritable hot spot in Taiwanâ€™s thriving food circuit.

Working in accordance with a Bistronomy concept, the menu at RAW is fractured into 24 micro seasons based off local simple ingredients. So be it a travelling visitor yearning for a taste of RAW or even a native used the eatery, no two visits will be alike. The menu also offers a beverage pairing consisting of French biodynamic wines, Taiwanese tea as well as hand-brewed coffee. RAW has made itself avail to take on reservations 6 months prior to the booking, so plan ahead and book your seats, the gastronomic journey is worth it.

Awarded one of â€˜Asiaâ€™s 50 Best Restaurantsâ€™ in 2018, TocToc has stepped onto the Korean food scene and created a niche for itself in a way that can only be described as an effortless symmetry between French, Korean and Japanese cuisine. Created around a masstige dining concept, Chef Kim Dae Chun and Chef Han Sang-ho who helm the kitchen at TocToc, use only the best local ingredients even going so far as to reintroduce traditional Korean ingredients that are not commonly used.

Chef Kim and Chef Han have even collaborated with agricultural venture companies to advance studies in vegetables using biology and info-communication technology. The menu at TocToc truly speaks for itself with such delights as Hanu Beef Striploin Carpaccio to dumplings filled with truffle, foie gras, apple-onion jam and balsamic sauce. East marries West in the beautiful gastronomical ceremony that is TocToc.