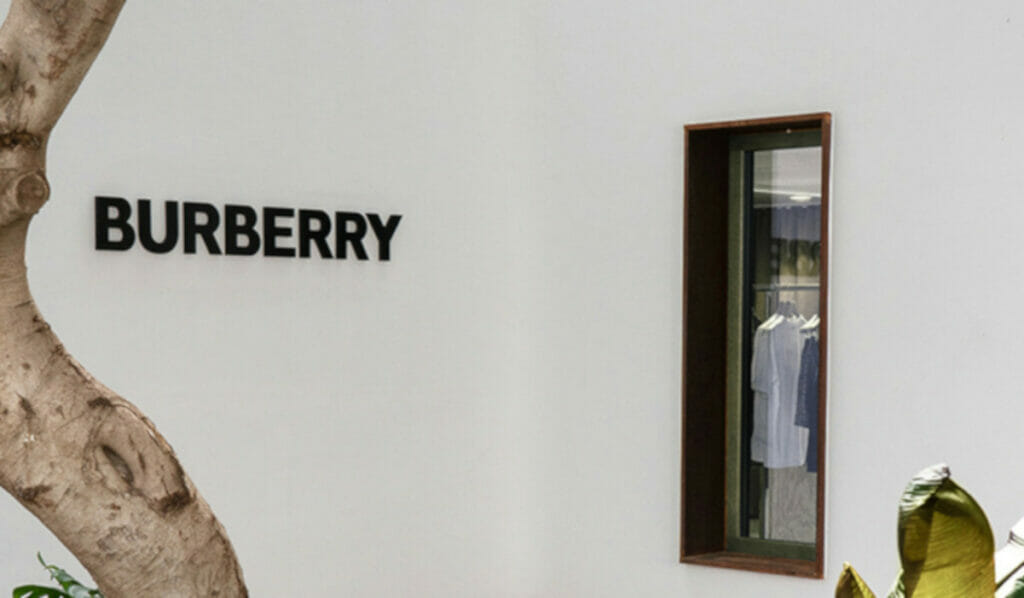 Good news for fans of Burberry, youâ€™ll be able to shop the British fashion house to your heartâ€™s content the next time you visit Greece this year, as they recently unveiled a pop up store in Nammos Village, Mykonos.

Inspired by the labelâ€™s recently redesigned Burberry World Live flagship store at 121 Regent Street in London, the pop up in Nammos Village is designed in a minimalist white and wood aesthetic, fitting nicely into the surrounding flat-roofed look that is so ubiquitous in Mykonos. On the inside, plywood, mirror and glossy finishes make up the interior and product displays while a black canvas wall on the ground floor invites visitors to leave their mark, taken from a similar feature in Burberryâ€™s Bond Street store.

The Nammos Village pop up houses the debut collection of Riccardo Tisci, the current creative director of the house, as well as the Spring Summer 2019 collection named Kingdom. Visitors will also be able to explore the newest launches in the Thomas Burberry Monogram collection that was released on the 22nd of May.

Burberry joins a list of other luxury fashion labels to open a pop up experience in Mykonos, as the Greek city is known to be a favourite vacation spot for summer. Fashion houses Louis Vuitton, Dior and Christian Louboutin are just some of the other names who have set up temporary pop up stores for this yearâ€™s summer crowd. The Burberry Nammos Village store will be open until October 2019.