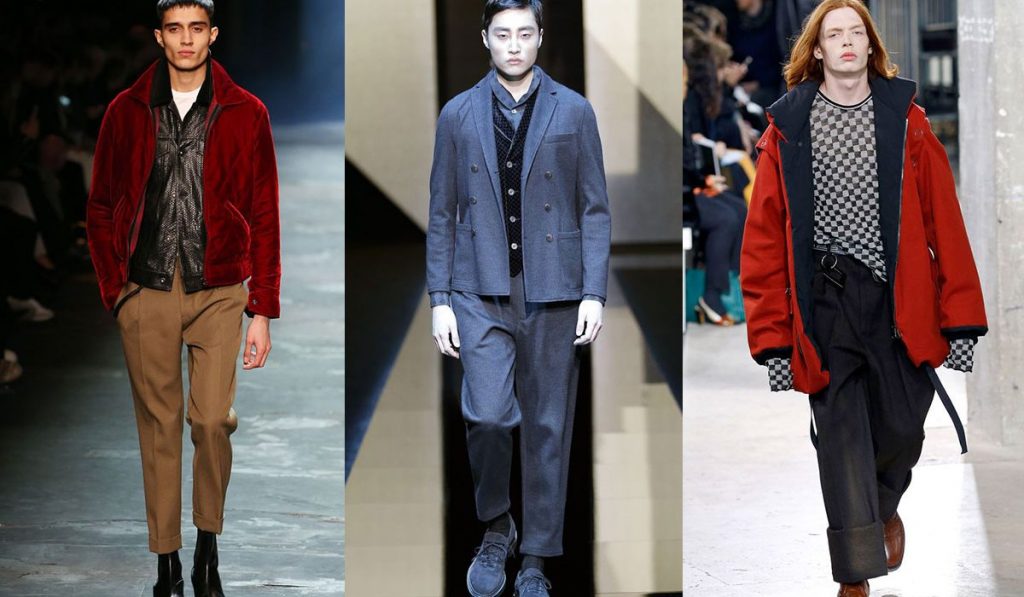 At times it might seem like fashion and its purveyors exist in their own bubble. But with the changes sweeping through the world we live in, thereâ€™s a growing sense of urgency taking hold. What we wear has always been a form of protection, and a way of making a statement about our personal perspectives. The Fall/Winter 2017/18 collections are proof positive that now, more than ever, fashion is giving us a way to make ourselves heard.

Protection in turbulent times: That was the big idea behindÂ Rick Owensâ€™ even bigger padded pieces for the Fall/Winter 2017/18 season. Oversized sleeveless vests were paired with equally voluminous pieces worn around the neck and shoulders, a seemingly avant-garde take on protective gear worn by passengers after a crash landing.

While other designers did not have quite as dystopian a vision, their quilted offerings were also a way of making a statement about the bubbling mass of ideas rapidly transforming the world today. For his maiden collection forÂ Ermenegildo Zegna, Alessandro Sartori wanted to explore â€œthe dialogue between the art of exquisite tailoring and the fast-paced needsâ€ of the modern urbanite. This translated to pieces with expertly mixed elements, such as a relaxed suit with diamond quilting.

Essentially, this trend takes your favourite cosy-down jacket and sharpens it up â€“ itâ€™s comfy armour for the urban jungle.

Less commonly spotted than their single-breasted brethren, double-breasted (DB) jackets might seem overly dressy to many suit wearers these days, but they actually began life as relatively sportive, more casual pieces of outerwear back in the 19th century.

In recent years, designers have frequently channelled this historical ease with different updates to the DB jacket â€“ by shortening its length and easing its fit, for instance. Its latest incarnations feature a relaxed, boxy silhouette with a longer length, giving the look a laid-back coolness with a rock â€˜nâ€™ roll edge. Indeed, as part of her first menswear collection,Â Stella McCartneyÂ â€“ British designer and daughter of former Beatle Paul McCartney â€“ created a plaid suit topped by a four-button DB, a look directly inspired by her dadâ€™s closet.

Presenting his debut collection forÂ Berluti, creative director Haider Ackermann also gave his DB a similar soulful spin: On that runway, his DB wearers included a long-locked model sporting a high-sheen black DB suit, slightly cropped and tapered trousers and a guitar case slung over his shoulder. A great example of how to wear the DB suit this season (musical instrument optional).

A full-on red suit, paired with a red shirt, and complete with retro-futuristic large, squarish sunglasses and black leather accessories â€“ this was one of the ways in whichÂ Dior HommeÂ designer Kris van Assche was proposing to remake the suit for a younger generation. It all sounds very forward-looking, but make no mistake: That blazing scarlet actually takes inspiration from a shade the late Christian Dior named â€œRed Screamâ€ for his first runway show in 1947.

AtÂ Versace, creative director Donatella Versace was more sombre than usual, toning down the larger-than-life campy masculinity that usually characterises her shows. Instead of the usual hulking beefcakes in, say, pastel leather, there were more normal-sized models sporting tailored pieces in shades of black and camel. But Donatella, and Versace itself, would not be what they are without a splash of flash, and thatâ€™s where the bold reds â€“ in a full look or leather trench, or as part of an oversizedÂ checked pattern â€“ came in.

Got something to say? Thereâ€™s only one way to deliver the message this fashion season â€“ via what youâ€™re wearing. Fans of brands likeÂ Valentino,Â Dolce & GabbanaÂ andÂ LoeweÂ can now wear their hearts on their sleeves (or chests or necks). Valentino creative director Pierpaolo Piccioli teamed up with English artist Jamie Reid, whose CV includes Sex Pistols album covers, to make a statement. â€œIt seemed to the end until the next beginningâ€ was one of the slogans emblazoned across coats and totes.

Seemingly less optimistic wasÂ Lanvinâ€™s Lucas Ossendrijver, whose collection included scarves and hats bearing the word â€œNothingâ€. But rather than a nihilistic state of mind, this proclamation spotlighted how the designer was focusing on the techniques behind the clothes, rather than the bells and whistles so necessary to capture todayâ€™s easily distracted audience.

Boundary-pushingÂ BalenciagaÂ designer Demna Gvasalia intrigued audiences by putting â€œKeringâ€ â€“ the name of the brandâ€™s parent company â€“ on the front of sweatshirts. Homage, or a wry comment on luxury conglomerates? It all depends on how you want to read it.

Velvet is not so much a distinct fabric per se, but includes materials â€“ such as silk, cotton or nylon â€“ that haveÂ a soft, thick and lustrous surface. It also has a reputation as the material of choice for certain items. Womenâ€™s gowns, sure, but also ballroom curtains, or suits worn by the late Elvis Presley. Not, therefore, the first fabric that comes to mind when you think of modern menswear.

That, however, might yet change. Among those making velvet style propositions for Fall isÂ Hermesâ€™ Veronique Nichanian, who created highly wearable velvet coats and suits using autumnal shades of brown and deep aubergine. AtÂ Bally, on the other hand, the material was used to add a lush touch to a sport-luxe combination of cuffed jacket and track pants. It was, however, Chitose Abeâ€™s label,Â Sacai, that got us wondering why we ever made a fuss over how to incorporate velvet into our daily outfits. The Japanese brandâ€™s puffer jackets in dark olive or navy blue are utilitarian, wearable and, yes, of the moment.