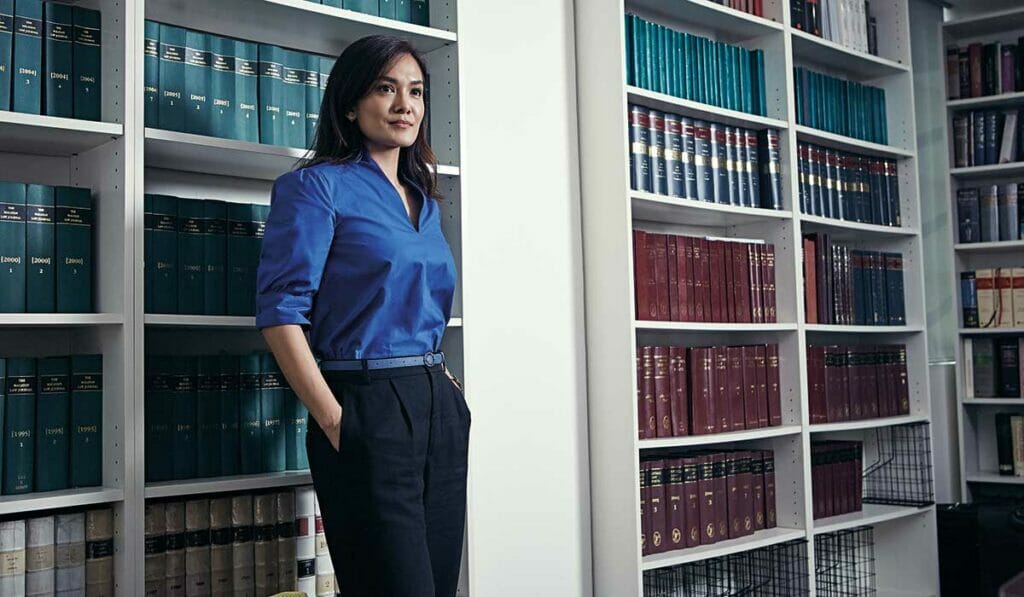 The protection of civil liberties and the fundamental freedoms guaranteed by the federal constitutions are matters that are close to a young Malaysian lawyer’s heart.
Wednesday, April 15, 2020 By Editors

Dynamic, innovative and young. These are the qualities of the next generation of leaders who are making waves in their respective fields.  We recently had the opportunity to catch up with four sets of young individuals to hear from them what their individual experiences are, what drives them and most importantly, what is their secret to success.

I had a pretty ordinary childhood growing up in Johor Bahru, being the eldest child of your typical, conservative Malaysian parents. I never thought I’d be a lawyer. In fact; I was intent on pleasing my parents who wanted me to become a doctor instead! Of course, that didn’t happen even though I did have a keen interest in science. Unfortunately, I wasn’t that good in maths!

That’s why I decided to take up law later on, but not because I wanted to become a lawyer, mind you! Back then, because of the stuff I saw on TV, the thought of becoming a lawyer was very intimidating to me. I thought that if I studied law, there would be plenty of other career options available to me later on in the future.

Little did I know that life was going to take me in a different direction.

I started to enjoy the subject of law. I guess I’ve always had that clear sense of what was right and what was wrong. But compared to the youth of today, I consider myself a late bloomer. My awareness of local politics didn’t come till much later. It wasn’t until I was in university that I slowly started analysing local news with a keen interest.

I suppose that tipping point for me happened in my second year of law school at Multimedia University (MMU) in Cyberjaya. We had a compulsory attachment programme – an internship, if you like – at the Attorney General’s Chambers (AGC) in 2007. Even at this point, I never thought I was going to work in law so I figured this would be my only opportunity to look at the practise of law in more detail and from a practical point-of-view.

This moment turned out to be a real eye-opener for me, not because of the work at the AGC, but because of the political events that was happening in the background. AGC Kuala Lumpur back then was in the Bank Rakyat building in the centre of KL and a lot of the ‘BERSIH’-themed protests were happening at that point around that immediate vicinity. That was the first time I witnessed the HINDRAF and BERSIH rallies, and saw the police using water cannons on the participants. I saw first-hand the conflict between protesters and the authorities… and the rest, as they say, is history!

So yes, these days, there’s never a busy or low season for the work we do – it actually all depends on the issues arising around us. You’ll never know if a minister or someone in a position of power will say something or make certain announcements or arrangements that we feel is not in line with the reforms that have been promised to the Malaysian people. Then it would be our turn to issue an official statement in response, or go into the subject matter in even more detail, and perhaps do even more. It really depends on the issue at hand and that’s why this is an ‘always on’ responsibility, so to speak!

Our key concern is always the protection of civil liberties, and this means the fulfilment of all the fundamental freedoms guaranteed by the federal constitutions – we’re talking about things like the right to free speech, freedom of expression and assembly, and further to all that is the monitoring of institutional reforms. We are not selective and do our best to monitor all human rights issues in this country and some of these may or may not be related to politics as well.

Whether or not reforms progress forward really depends a lot on the politics of the day and who ends up wielding power. What we try and do is to always find opportunities where we can engage and work with the powersthat-be to affect change. A prime example of this is what we are doing with the IPCMC, the  Independent Police Complaints and Misconduct Commission. This has actually been one of the key reform agendas that we have been working on for the past 10 years, in fact, since the inception of Lawyers for Liberty.

Everyone knows about the key problems with the existing civil society, and these are mostly related to what many people refer to now as the ‘deep state’. This development has been quite a challenge for us.

Let me give you an example. With the IPCMC, this was first formulated in the middle of the past year, the police have always objected to it because no police force anywhere in the world wants more scrutiny towards how they operate. So, the IPCMC only came about with the appointment of the new Inspector General of Police, Tan Sri Abdul Hamid Bador. Time is short for all of us when it comes to moving these reforms along.

I guess in the past, we were working against the odds. Currently, there’s definitely more opportunities for constructive engagement with the government. But in terms of the speed of progress, there’s still a problem there. As long as reforms are not moved along, such as having a transparent election process, as you know we are already about half way into the current administration then in the next elections, if a new government comes to power… it will be back to square one!