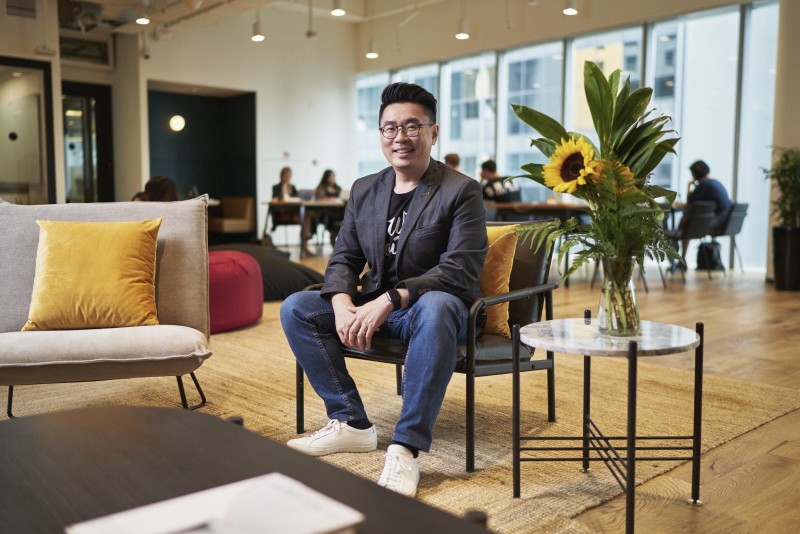 Collaborative space provider WeWork is set to open its first Malaysian space in Equatorial Plaza. The Peak speaks to Turochas Fuad, Managing Director of WeWork South-East Asia to find out what the brand can offer here on our shores.

Tell us about WeWork, from its roots in the US to its approach to expanding globally.

WeWork has been around for about eight years. It was started in New York by Adam Neumann and Miguel McKelvey, who both came from a communal living background. To them, the idea of community and a sharing economy has always been part of their DNA growing up. Theyâ€™ve built one of the largest collaborative space providers in the world. We have 335 locations around the world, 320,000 members from 83 cities in 24 countries, and all this in only eight years.

Adam and I talked about our visions and found that we are very aligned in terms of what we wanted to achieve. Long story short, they acquired my company, Space Mob, as part of their entry into South-East Asia. By that time, Space Mob had three locations, two in Singapore and one in Jakarta, and, in December 2017, we decided to launch our first WeWork building in Singapore. Today, we now have 16 locations across five cities in SEA, with a total of about 11,000 desks and we couldnâ€™t be more proud. Weâ€™re very humble about our growth but this is just the starting point.

WeWorkâ€™s growth was very quick, making its way across South-East Asia in the span of a year. What was the process like for you, as one of the key players in bringing WeWork to this region?

Adam Neumann, WeWorkâ€™s CEO, totally believes in the concept of regionalisation. They call all the regional heads C-We-O â€“ Chief WeWork Officers â€“ and see us as partners. Singapore, as the hub for the SEA region, also plays a part as we have all the different functions of the team based there, from architects to finance, so we are very self-sufficient and empowered to do whatever it takes to be successful. Along the way, as we expand across different parts of SEA, we are starting to hire local leadership. Our community staff in Kuala Lumpur are born and bred here, speak the local languages and understand the market. Their feedback on what needs to be done here is seriously taken into account.

Weâ€™ll be the first to tell you that weâ€™re not perfect; weâ€™re still learning and understanding the local marketâ€™s needs. Weâ€™re going to see how we deploy Equatorial Plaza and weâ€™ll tweak things based on what we learn. The process hasnâ€™t been easy, but itâ€™s been fun for the team and we enjoy it. Weâ€™ve been very fortunate to stumble into great leaderships and great local hires, and now weâ€™re ready to rock.

As the largest co-working company and a pioneer of the co-working space, WeWork is coming in to Malaysia at a time when the market is already diverse. What is WeWork bringing to the local market?

We donâ€™t call ourselves a co-working space; we are a collaborative space and community builder. That encompasses what sets us apart from the local offerings. There are components of similar products but we donâ€™t see them as direct competitors. We use technology to differentiate ourselves; we built everything from scratch, from the development of the space to the operating of it. Everything is technology based and focused.

One important differentiator for us is our global community network. Itâ€™s very rare to find a company that allows its member network to tap into someone sitting in London, Tel Aviv and even Brazil. Seventy per cent of our members interact with one another, while 50 per cent engage in business interactions, which is great because you know the product is working. Ultimately, building a community of creators, freelancers, SMEs and large enterprises who collaborate with each other is what sets us apart.

What are your thoughts on the growing appeal of co-working spaces here in Kuala Lumpur and what could that mean for the future?

We believe that we impact the economy positively. We ran a study called the Ripple Effect survey in London, Los Angeles, Chicago and New York, which showed that we contribute more than two per cent of the GDP in the latter three cities, amounting to more than USD20 million. We create 1.1 times the jobs and investment into the network. We also positively impact the neighbourhood that we reside in; spending around the neighbourhood goes up by three times. In the same survey, our members in London indicated that theyâ€™ve seen a 34 percent increase in revenue. Weâ€™ve built this amazing product and now weâ€™re seeing these effects, which make us very proud.

Beyond that, weâ€™re also starting to look at different product offerings. Powered by We is where we bring WeWork to a company with their own building. If they cannot move to a WeWork, we bring it to them â€“ designed, built and operated by us. We also have a new product called HQ by We, where we offer space to smaller companies that need their own headquarters. They tell us what they need and we build it for them. Itâ€™s a private office but with access to the global WeWork network.

The growing number of collaborative spaces is revolutionising the way we work. How do you foresee the co-working market in Malaysia growing in the next few years?

People have asked what took us so long but, as with any business and opportunity, timing is important. We believe now is the best time for us to come into Malaysia, especially with the new administration in place that is focused on an Industry 4.0 blueprint. We can help in digitising Malaysia a little better by grooming and allowing local start-ups find a place to work out of, while connecting them to WeWorkâ€™s global network.

I came from an entrepreneurial background, so I know how important it is to meet the right people, the right companies and to form the right partnerships. Innovation doesnâ€™t happen in vacuum; it takes place when people from different backgrounds and industries come together. We ask how we can take these companies out of Malaysia and help them take a stake in the global playground. And vice versa, how do we help global companies come into Malaysia and make it easier to invest here? Those are the things weâ€™re trying to achieve.

What can we expect from WeWork in the future, following the launch of this first space?

We started out in the core CBD, in Equatorial Plaza within the Golden Triangle, and we are looking beyond that because Kuala Lumpur has a very unique CBD structure. Our dedicated real estate team has found locations in different parts of the city that we are going to start investing in this year. Weâ€™ve always envisioned going beyond Kuala Lumpur, maybe Penang, Johor or Sarawak. But, for now, the focus is here, and then weâ€™ll learn and tweak along the way, and listen to what our members want us to do.