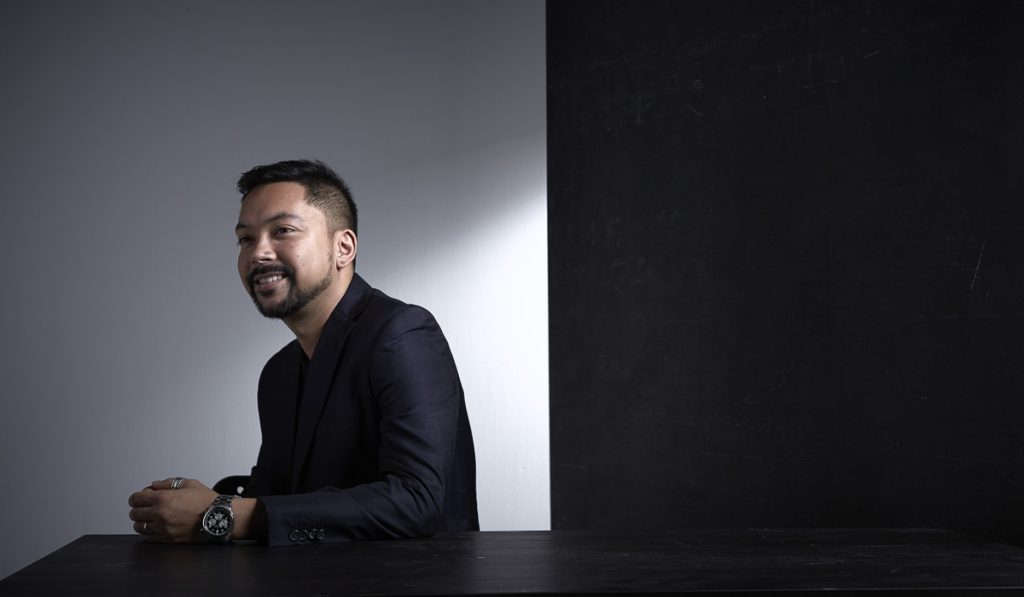 Inspired by the Breitling Squad concept which celebrates recognized masters in their respective professions, The Peak and Breitling bring you the Malaysians who are at the top of their game.
Monday, October 15, 2018 By Daniel Goh

Livescape is undoubtedly one of the biggest names when it comes to the events scene not only in Malaysia but also in South East Asia. They were the folks behind the Future Music Festival Asia and they are the folks behind IT’S THE SHIP, a new festival experience unlike any other. We sit down with Iqbal Ameer, the CEO of the Livescape Group to talk about how he built this company from the ground up and what it takes to bounce back when tragedy strikes.

Growing up in such close proximity with one of Malaysia’s largest retail chains, did that play any part in molding you into the entrepreneur you are today?

Growing up my father was very strict and this was because he was imposing structure. When I would ask him for pocket money, he would ask me how much I needed. So, let’s say I say I needed 100 Ringgit a month, he would give me only half of that. Then I would say ‘but I won’t have enough’ and he would say ‘you figure it out la’. So this ‘figure it out’ part was actually what started off my entrepreneurial journey because I would then have to figure out how to make money. So, when I was about 8 or 9 years old, I was a big comic book fan and I started buying and selling comic books. I got conned a lot because I was just a little kid. But at the time I just had to do it because I just needed to earn money.

Did this entrepreneurial streak keep up?

When I was in secondary school I started running a thing where I was renting out school ties to those who forgot them. And I got all the ties, for free, from the seniors who were leaving school. Then it slowly evolved into selling handphones and I only stopped when I got caught.

When I was studying in university in Melbourne, the same thing happened, I asked my parents for a thousand dollars a month for pocket money so I could cover rent and food and they gave me 500. So, I had to figure it out and I became a nightclub promoter working for someone and subsequently proceeded to start my own thing. I was the guy who conceptualized the night, how do I make it so that you come in, and when you go out, you want to come back because it was such a great party.

This was basically the foundation for Livescape right? Essentially building an experience for your customers.

Yeah, eventually I opened a restaurant in Melbourne with a partner Edwin Koh, who is now still the CFO at Livescape. I learnt a lot there about the F&B industry and hospitality but I was still trying to create an experience for my diners. We sold that business and I came back to Malaysia and started an ice cream truck. This was back when food trucks were unheard off. It was the ‘lok lok truck’ and us. Then one night I took the truck to a rave event out in Sepang, and then the love for running events came back. So, I got a few friends together and we started Livescape which focused on running shows.

So from there you guys basically took off and started running shows. And at its height, the Future Music Festival Asia was bringing talents that would never have come to Malaysia. Then tragedy struck and FMFA was shut down. It must have been so frustrating for you to build something up and just lose it overnight like that. How did you, and more importantly Livescape pull through?

It was the worst point in my life because we worked as a team to build this event. At the time it was very new and when you’re something very new you have the potential to become something huge. We were the first, we were cross genre and we were able to bring high profile talents in. I think it was the worst day for a lot of people in the company. But it was my team, the ‘familia’ in the company that motivated me and kept me moving forward. We mourned, we picked ourselves up and move on. We still meet up every year in March to mourn FMFA, we talk about it, reminisce and continue on. Its better than just trying to forget about it.

This event haunted Livescape for a long time. I got blacklisted for two years. But I didn’t want to change the name of the company. For the next three or four years we slowly paid back all our suppliers. We just had to push through and go on.

Well it looks like you guys have bounced back pretty well. IT’S THE SHIP has been running for a couple of years now, how’s that coming along?

All the tickets have been sold out for this year. When we started IT’S THE SHIP, again we wanted a unique experience and having an event on a cruise ship gave us the most amount of control on how we wanted to craft that experience. And the great thing about this event is that when people come, they have a great time. So next year we are expanding to two new markets in the region and we hope to cement our foothold within the cruise party scene.

But Livescape doesn’t just organise great parties right? Tell me what else do you guys do?

A lot of people don’t know this but we do have a corporate sector where we do a ton of corporate events. We do stuff for Petronas, Mercedes, Chanel, Redbull and others, and that’s our bread and butter. That’s our baseline and on top of that we have these brands like IT’S THE SHIP and Rockaway that we do. On top of that, we have also ventured into the e-sports industry, as we continue to focus on the growth and expansion of our school, The Academy of Esports. The school provides students with specific set of programmes that are tailored to equip them with the experience and a direct career pathway into the e-sports industry.

On his wrist Iqbal Ameer wears the Breitling Navitimer 8 B01 which is powered by the in-house Breitling Manufacture Caliber 01. The 8 in its name is a nod to the Huit Aviation Department, which was set up in 1938 to produce cockpit instruments as well as classic pilot’s watches for civilian and military use. The case of the watch is 43mm in stainless steel while the movement is a ratchet-wheel chronograph with vertical coupling with 70 hours of power reserve and is even a COSC certified chronometer.