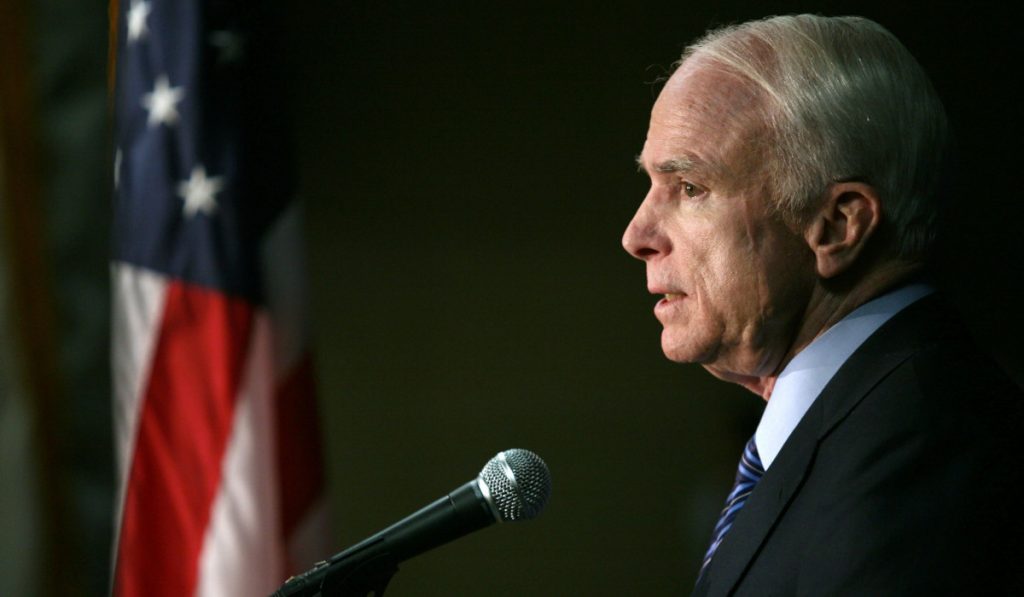 Â â€œThank you for the privilege of serving you and for the rewarding life that service in uniform and in public office has allowed me to lead. I have tried to serve our country honourably. I have made mistakes, but I hope my love for America will be weighed favourably against them.â€

A sombre tone rings out across the echoed halls of Parliament and Congress as the turbulence within the political macrocosm of the United States comes to a stop. The loss of one is felt by many, as the Senator for Arizona, John Sidney McCain III, has passed away, leaving behind a truly awe-inspiring legacy. Serving his country for over 35 years in Congress and famously earning himself the nickname â€˜maverickâ€™ for his outspoken views, McCain steeped himself in history as a morally upright politician willing to break away to campaign for whatâ€™s right, a path less travelled in Washington.

Even before his political career, McCain was already making waves. Held as a prisoner of war during the Vietnam War for a year, his position as the son and grandson of Navy Admirals afforded him the privilege of early release. He refused, however, adhering to the POW code and choosing to remain with his fellow officers, and only accepted release in the order they were captured. Despite being tortured and beaten for his defiance, McCain stood for the American people and, till his last breath, fought for them.

As the Senator for Arizona and a member of the Republican Party, there were no limits to the number of politicians that McCain had to run against or oppose, both within his own party and in the Democratic Party. However, it was his respectful demeanour and friendly camaraderie outside the Senate floor that garnered him close friends and strong relationships within the political sphere. From hosting a drinking contest with Hillary Clinton to having Mitch McConnell visit him during his treatments, he provided a humane face to American politics. â€œHe set an example of working across the aisle. He knew the Senate couldnâ€™t work if we didnâ€™t work together,â€ said Hillary Clinton, reflecting on McCain.

A champion of good will and respect, McCain famously defended then Senator Barack Obama during the 2008 presidential campaign when one of his supporters referred to Obama as an â€˜Arabâ€™ and discredited his right to the presidency at an event. Even after he lost, he gave a powerful concession speech recognising the historical significance of Obamaâ€™s win for African-Americans across the United States. Known for his maverick ways when it came to his party, the Arizona senator notoriously voted against the rushed Republican healthcare repeal. One of the few Republican senators to do so, McCain stood by his beliefs and disagreed with how hastily and haphazardly put together the bill was, with his powerful thumbs-down vote ending his own partyâ€™s hope for repeal.

As a man who bled for his country and fought to make it a progressive and peaceful land for generations to come, we salute McCain and continue to hope that his legacy inspires others, as it has us. We bid you a final farewell, Senator.