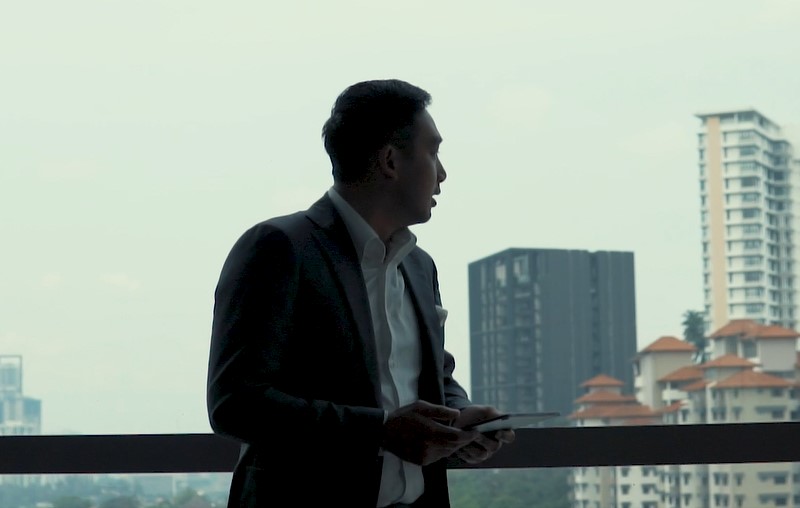 As an early riser Donovan Ng of MTC Asset Management believes that a car, such as the Lexus NX 300, with great features gets him on the right footing at...
Thursday, May 16, 2019 By Editors

Time is money and that is more true than ever in todayâ€™s fast moving business environment where every second counts. For boutique fund house MTC Asset Managementâ€™s Co-Founder & Managing Director Donovan Ng, he likes to start his days early as he often gets into office by 9am.

But often times, work starts before he even gets into office as his car essentially doubles as his workspace. Kuala Lumpurâ€™s infamous traffic jams are no obstacle for Ng as he jumps straight into calls with his business partners during rush hour traffic discussing on the latest happenings on the stock market as he makes his way to the office. To him, it is crucial to stay abreast with regional and international news just as the stock markets open.

As a co-founder, Ng is used to wearing many different hats to help grow the company from managing investor relations to conducting business development for the company. Living such a busy lifestyle has its challenges as he balances between work, family life, having recently become a father and his hobbies.

An avid golfer from a young age, Ng is always game to hit the greens for a round of golf on the weekends or after work when time permits.

Last year, The Peak spoke to Ng together with his partners Devan Linus, CEO and Chief Investment Officer and Co-Founder Aaron Yew on how MTC Asset Managementâ€™s (read the full interview here).

They had expressed their desire to make the fund house a premier Southeast Asian investment house. The objective has remained the same this for MTC Asset Management as Ng said they aim to further expand their clientele beyond Malaysia and into neighbouring ASEAN countries.

The Lexus NX 300 has been billed as a high performance compact SUV with a 2-litre twin-scroll turbocharged engine. Originally launched as the NX 200t in 2015, the current iteration has definitely undergone an evolution as it blends luxury with sportiness.

It features some cosmetic changes on the outside that include a new grille, bumper design and ultra-compact three-beam LED headlamps that are inspired by Lexusâ€™ flagship coupe, the LC 500. Thatâ€™s not to mention the refreshed interior that now has a sportier feel to match the aspirations of daring urban adventurers.

So, the Lexus NX 300 boasts a combination of power, features and room to accomodate the needs of the everyday family. Whether you are using it as your everyday mode of transport or as a weekend car, the NX 300 does it all.