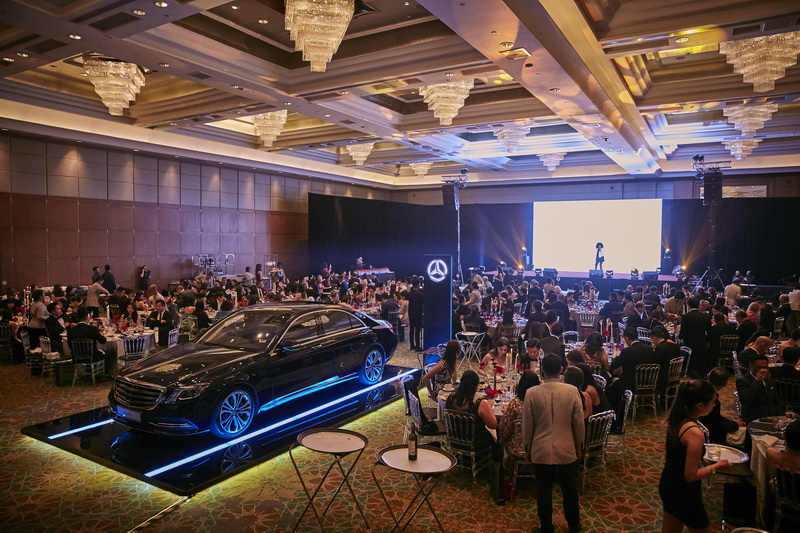 Certainly, a mentor’s role is to guide and to support its chosen mentee.
Thursday, October 24, 2019 By Ellfian Rahim

Keen students of history and literature will tell you that one of the first records of a “mentor” is found in Homer’s ancient classic – The Odyssey. In this, a wise man named Mentor is given the task of educating Odysseus’ son, Telemachus. So when Odysseus – the King of Ithaca – went to fight in the Trojan War, he entrusted the care of his kingdom and his son to Mentor, the wise and trusted counsellor.

So, when The Peak Malaysia’s much anticipated 30th Anniversary Gala celebration unfolded on the evening of October 23, the time-honoured relationship of mentor and the mentee was chosen as a very fitting theme to usher in the excitement behind celebrating three decades of the publication assuming the role of being the essential guide to the world of corporate dominance and high brow luxury in this neck of the woods!

As a prelude to the main event at the Mandarin Oriental Kuala Lumpur’s Sapphire Room, arriving guests were treated by Pernod Ricard Malaysia to seemingly endless rounds of delightful Glenlivet 15 single malt Scotch – featuring notes of sweet almond and spice, with the pleasant aromas of sweet citrus and apple, plus the velvety palate of the Chivas Regal 18 premium blended Scotch, along with the refreshingly sharp and well-rounded notes of the Pinot Meunier grape used in the excellent G.H. Mumm Champagne. Needless the say, the scene was quickly abuzz with spirited conversation!

The lobby outside the Sapphire Room also hosted a number of pop-up persuasions that evening, with The Melium group displaying a whole range of very fashionable wearables from the wide selection of brands that it represents in Malaysia. Fans of horology were also treated to a dizzying array of cutting-edge timepieces on display from Hublot, while the brand’s stunning photo booth proved to be a favourite stopover for guests looking to pose for a photo keepsake from the epic night. Meanwhile, the sight greeting guests as they stepped into the Sapphire Room was that of the state-of-the-art Mercedes-Benz S560e plug-in hybrid – part of the renowned German carmaker’s brand-new EQ pure electric and hybrid luxury range.

Chief Executive Officer of Blu Inc Media, Datin Azliza Ahmad Tajuddin, then went on stage to welcome guests with her opening address. “Yes, being at the forefront of corporate excellence and luxury for 30 years is no mean feat. But this great track record would not have been possible without the generous and wholehearted support shown by most of you celebrating this significant milestone with us tonight.”

“Of course, it all began during a very exciting period indeed! The year 1989 saw the crumbling of the Berlin Wall and the reunification of Germany; it also saw the end of the apartheid era in South Africa. Let’s not forget that the year also welcomed the invention of the World Wide Web, Microsoft Office and the start of The Peak’s story in Malaysia,” echoed The Peak’s Editor-in-Chief Mindy Teh just shortly after.

“Since setting its foothold here, The Peak has been passionately committed in showcasing the enjoyment of luxury and the outstanding personalities of the corporate world over the last thirty years. So, our 30th anniversary is perhaps the perfect opportunity to celebrate those who have taken the most risks and created some of the most thrilling moments in this part of the world.  I’d also like to thank those of you here tonight who have taken the time to share with us your unique stories and graced our covers over the years as well.”

The night’s main event was a glowing tribute to the personalities who played the role of key Malaysian mentors, along with their protégés, who have also graced the pages of The Peak over the years.

On stage that evening was Regina Rahim – the Managing Director and CEO of Nomura Asset Management Malaysia, Chairman of Triterra Group Datuk Seri Michael Yam, Co-Founder and CEO at SaphX Technologies Nadia Ismadi, Michael Foong – Chief Executive Officer of Maybank International, prominent investor Dato’ Larry Gan, Executive Creative Director at Publicis Group  – Emir Shafri and the founder of Borderless, Edward Ong. The mentees then went on to deliver their appreciation speeches for their mentors, and the latter were then also presented with a personalised Royal Selangor champagne flute and Hermes gift set each as a keepsake.

Next, soul songbird Poova came on stage to set minds and spirits at ease with her sultry voice and slick performance, as guests enjoyed more drinks and each others’ company into the night.  Later, Poova led a wonderful duet of Kau Ilhamku with iconic Malaysian singer Man Bai – surely a fitting tribute to the unforgettable night’s proceedings.