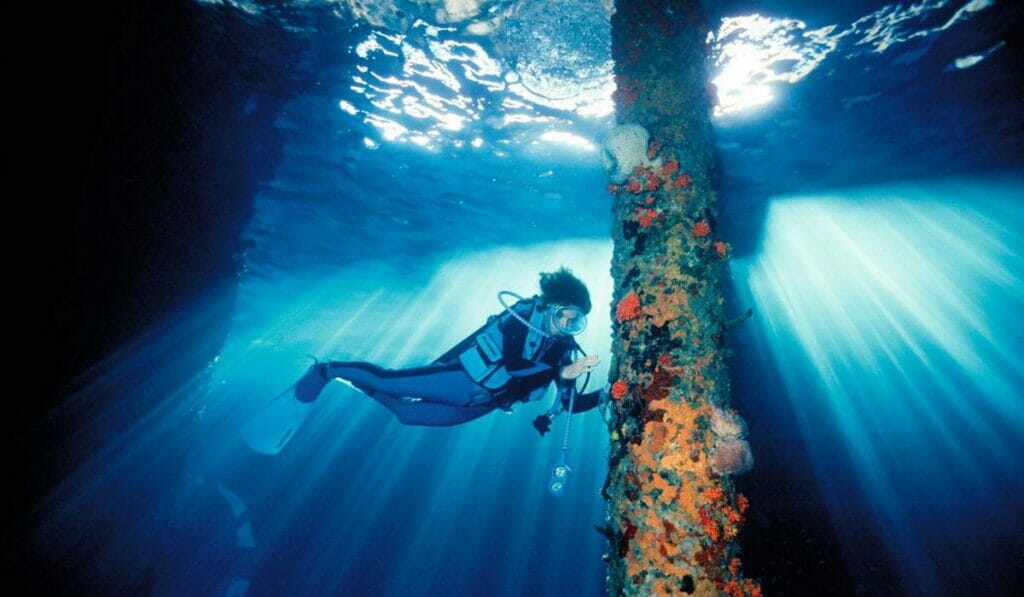 The 81-year-old explorer-in-residence of National Geographic Society is up against time to protect the deep blue sea in her Hope Spots campaign.
Thursday, July 20, 2017 By Daniel Goh

Twinkling stars intrigued Sylvia Earle during her childhood. In her adult life, she filled her universe with them, often within touching distance. Except they were not in the night sky, but in the heavens below, the inner space within the depths of the ocean.

Now 81, the marine biologist, oceanographer and explorer-in-residence at the National Geographic Society has plenty of anecdotes to captivate listeners.

Her tale began when she was 12 after reading William Beebeâ€™s Half Mile Down. The book is about the American biologistâ€™s adventure as the first person to observe deep-sea animals in their native environment, almost 1,000m below the waters off Bermuda in 1934. It ignited Earleâ€™s thirst to explore the ocean.

â€œI got to know individual fish and see their faces. I discovered that no two fish are the same.â€

Seven years later, the New Jersey native went farther down to 1,000m, in a submersible she helped to design. No woman has equalled her feats.

With a sparkle in her eye, Earle tells The Peak of the different shades of blue of the ocean on the descent, before the darkness sets in at 300m: â€œAnd then, finally, it is like midnight. But like midnight, you can see what look like stars, suns and moons. The sparkling creatures have their own form of light â€“ bioluminescence â€“ like fireflies. There are few things on land with natural light form, but 90 per cent of the creatures in the deep sea possess this.â€

In 1970, after leading an all-female Tektite II underwater expedition of four scientists and an engineer, her life changed dramatically. More precisely, what she ate. For two weeks, the team lived 15m below the sea off the U.S. Virgin Islands in two white metal cylinders â€“ each measuring 4m in diameter, 6m high â€“ and she had a moment of epiphany, while studying the interaction between seaweed and fish.

Recalls the scientist: â€œWhat really impressed me and changed my thinking was a discovery; one I had not seen in over 1,000 hours of underwater research. I got to know individual fish and see their faces. With the chance to spend time with them, I saw that the many barracudas not only looked different, but also behaved differently. So did the angelfish and other fish species. I discovered that no two fish are the same.

â€œWe all have fingerprints and DNA that are unique and this is also true of fish. That is why for me, after seeing things in the Tektite underwater expedition that forever changed my attitude, I stopped eating fish.â€

But Earleâ€™s unbridled passion for the ocean has driven her to a more urgent task. The legendary octogenarian glances at her Rolex, which she has been associated with since Tektite II, and uses it to convey her deepest concerns. She explains the watch will continue to function if bits and pieces like the strap, bezel and casing are taken out one at a time, until it reaches a point when it no longer works.

â€œEarth is like this. We now have a planet that works and it seems, perversely, we are taking out pieces and throwing them away. In terms of how much life we have extracted from the ocean since I was a child, half of the coral reefs are gone. This is partly because we have taken out so many fish, and coral reefs need them and vice versa,â€ she says.

Earle is not against fishing, but says there must be a balance and respect for the environment, because human life depends on maintaining the health and integrity of nature, which consists mostly of ocean. Man, adds the oceanographer, is still learning about the sea, and beginning to appreciate that this is a moment in time when he still has choices. She leads Mission Blue, a project that seeks to have 30 per cent of the ocean as protection zones that are designated Hope Spots â€“ special places vital to the health of the sea â€“ by the year 2030.

Insists Earle, a recipient of more than 100 national and global honours for her work: â€œThere are broad areas of the ocean that should be protected to give sea creatures what they always had before we came along. They need to be doing what they do to maintain Earth as a planet that works in her favour. It is about respect for them and what they do.

â€œNew evidence in the last 50 years shows that when we have safe havens as resting places to give lobsters, shrimps, fish and other creatures a break, we get a magnified impact on the health of the ocean over a broad area.

â€œBut we have to show respect and the capacity to make choices to protect the future for our children because, looking at the trends, we can see the end of much that we care about.â€