As we bid farewell to the King of Tennis, we look back to some of the most memorable things Roger Federer has done outside the court.
Tuesday, November 1, 2022 By Hazim Ashraf

To the Man who changed the history of the Tennis Court and made an impact on his community, as we bid farewell to the King of Tennis, we look back to some of the most memorable things Roger Federer has done outside the court. 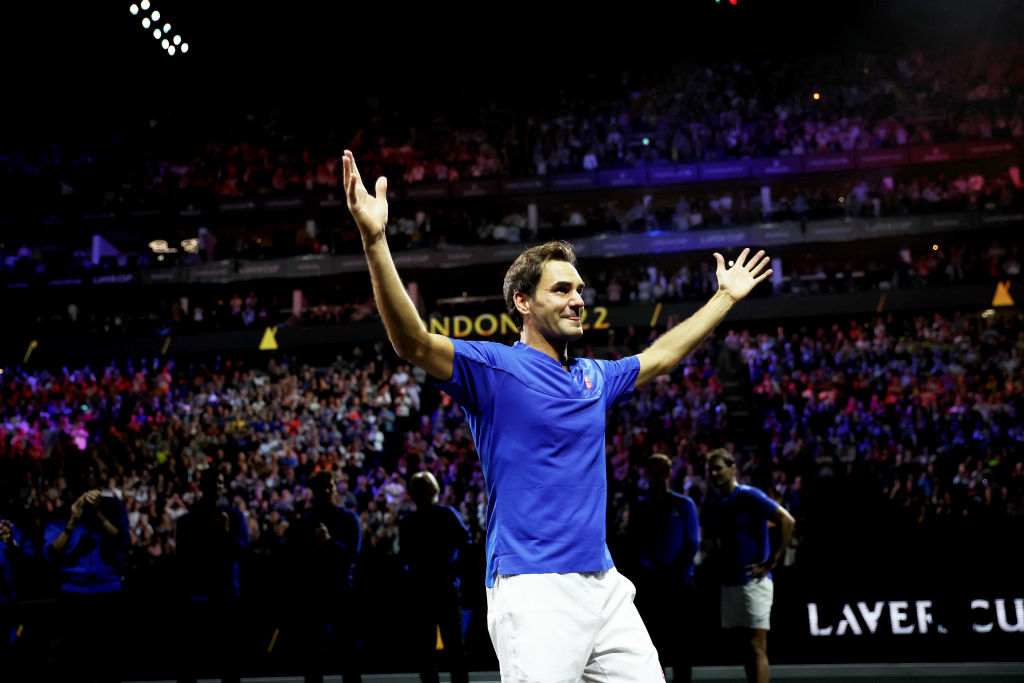 LONDON, ENGLAND - SEPTEMBER 23: Roger Federer of Team Europe shows his emotion as he acknowledges the crowd following his final match of his career during Day One of the Laver Cup at The O2 Arena on September 23, 2022 in London, England. (Photo by Clive Brunskill/Getty Images for Laver Cup)

Roger Federer is no stranger to the Tennis Court. The Swiss star has played 1500 matches over four years and won a total of 20 Grand Slam titles, 103 ATP titles and was the World’s No. 1 player. Federer, without a doubt, is regarded as one of the greatest players of all time.

Much has been said about Roger Federer’s game. From his flawless technique, to his style on and off the court, it is his combination of grace, fluidity and effortlessness which makes him incomparable to his competitors. Apart from finessing his tennis skills, Federer is also a philanthropist who is constantly working towards bringing change to society. Beyond the court, this humanitarian is known for his generosity, sincerity and respect. Federer is not just one of the greatest athletes of all time, but he considers himself placed in a seat with responsibilities, and does his part to fulfil those responsibilities.

"It's nice to be important but it's more important to be nice.” – Roger Federer

During the Coronavirus Pandemic, Federer redirected his humanitarian efforts to help those in need, specifically the vulnerable communities affected. During this time of global hardship, Federer donated one million Swiss Francs to families in need in his home country Switzerland. Additionally, he continued to support young children in Africa, pledging $1 million to provide 64,500 students with meals while schools were shut down.

Even after his retirement, Federer continues to give back to society. The #ToastToRoger initiative by Moët & Chandon invites Federer's friends and followers to send messages of love, appreciation, memories, and wishes for his bright future ahead on social media. For every post shared with the hashtag #ToastToRoger, Moët & Chandon will make a donation on behalf of the participants to the icon’s charity, the Roger Federer Foundation. The initiative echoes the House’s previous involvements in Roger’s philanthropic causes, such as The Match For Africa series, also conceived with the aim of raising funds for his foundation. A true gentleman in and out of the league, during his 20th-anniversary celebration in 2018, the tennis icon confessed: “One day, I wish my name to be known more for what the foundation has achieved than for my sports titles”.

The sport may have lost one of its most well loved players, but the memories and impact Federer has made on the lives of those around him will never be forgotten. His legacy remains irreplicable and he will continue to inspire and empower individuals on and off the court.

"It is our responsibility to connect with the real world beyond our sport [and] use our fortune to make a difference in the lives of those who most need it." - Roger Federer