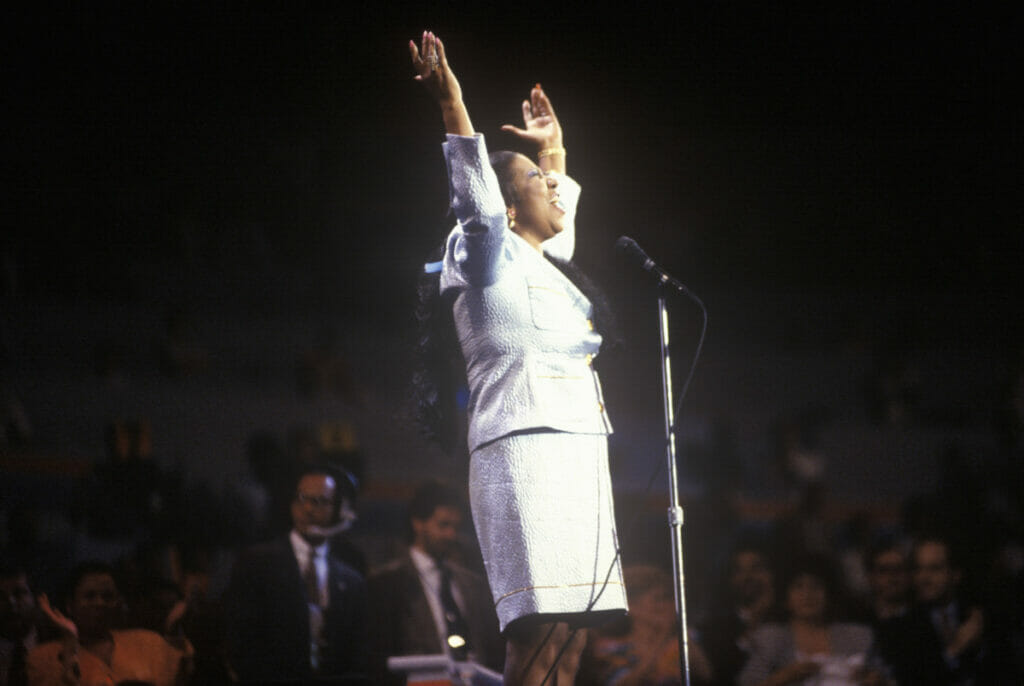 Aretha Franklin, the Queen of Soul, gave voice to her deepest passions.
Tuesday, August 21, 2018 By Editors

By the strangest of coincidences, at time of writing, we celebrated the birthday of one of the worldâ€™s icons just as we marked the death of another. Take nothing away from Madonna, who turned 60 last 16 August, but everything she has achieved has been a journey on a trail blazed by Aretha Franklin, the Queen of Soul who passed away on the same day at the age of 76, in the last half century.

The first woman inducted into the Rock and Roll Hall of Fame â€“ in 1986, more than 20 years before Madonna was herself honoured â€“ Franklin also won 18 Grammy Awards, including the first eight awards given for Best Female R&B Vocal Performance from 1968, the same year she became only the second African American to appear on the cover of Time magazine. Sheâ€™s also the most charted female vocalist in Billboardâ€™s history and one of the bestselling musical artists of all time, having sold more than 75 million records around the world. In 2008, Rolling Stone declared Franklin â€˜the greatest singer of all timeâ€™, describing her as â€œa force from heavenâ€¦ and a gift from Godâ€.

She was, however, more than simply a voice. Although intensely private, it was her deepest passions that informed everything about her. Witness how she transformed Respect into a landmark for the feminist movement, so much so that the original version, written and performed by Otis Redding is now considered an oddity. She also had a keen sense of justice and self-worth. She once walked off a Vogue photo session in the 1960s when she noticed that all the other models were white, and her contract stipulated that she would never perform before segregated audiences. She also refused to perform until she had been paid upfront â€“ a lesson learned from the experiences of Ray Charles and BB King â€“ tucking the cash into a purse that either followed her onstage or was left in the care of sharp-eyed security.

Franklin was, throughout, an inspiration. Mary J Blige credited her as â€œthe reason why women want to singâ€. She also gave voice to her peopleâ€™s anguish with her heartfelt performance at the memorial service of Dr Martin Luther King Jr in 1968. Conversely, she would sing of their pride at the inauguration of Barack Obama in 2009. (After her death, the former President of the United States shared: â€œEvery time she sang, we were all graced with a glimpse of the divine.â€) But her song was for all and forever â€“ in the music she left behind, the artistes she inspired, and the eternal truths she gave voice to. If you ever doubted the power of Aretha Franklin, search for her 2015 performance of (You Make Me Feel Like) A Natural Woman at the Kennedy Center Honors â€“ youâ€™ll either be blown away or it might just change your life.