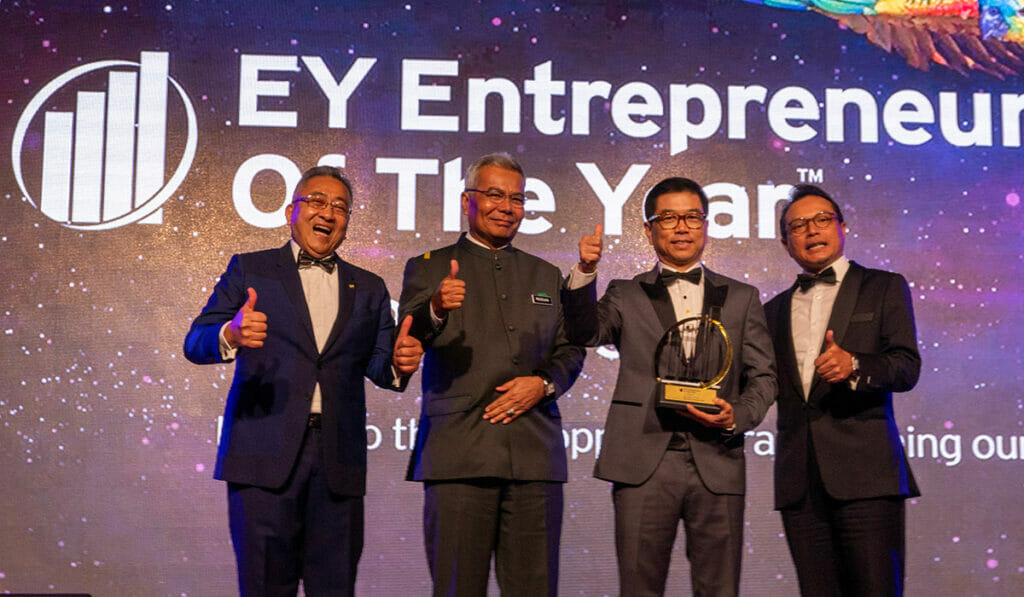 The 18th EY Entrepreneur of The Year 2019 Award proved to be a memorable evening where the best Malaysian entrepreneurs were celebrated.
Tuesday, November 26, 2019 By Jx Chong

It was a memorable night for Dang Tai Luk, Group Chief Executive Officer of Mynews Holdings as not only was he was named the EY Entrepreneur of The Year  (EOY) 2019 Malaysia and but he also emerged the winner of the Master Entrepreneur category during an exciting evening gala event at The Majestic Hotel Kuala Lumpur.

Dang will represent Malaysia in Monaco next June where winners from more than 50 countries will be vying for the EY World Entrepreneur Of The Year (WEOY) 2020 award.

The Peak managed to speak to Dang in a short interview session before he was called up to receive the prestigious award. He said it was a great honour to have been chosen by EY and it proved to be a great validation of all the hard work he has put into growing his business from a single traditional newsstand to become one of the largest homegrown convenience chain store in Malaysia with over 500 outlets nationwide.

To Dang, being self-reliant is one of the core traits an entrepreneur needs to have and it is a trait that has served him well on his entrepreneurial journey.

“It was not easy expanding Mynews to the size it today as we are not a franchise and we had to build everything up on our own from the systems we used to manage the inventory, to building and designing the stores. We even have our own warehouses where we manage our own logistics and also commissioned a large-scale production centre that produces food,” he said.

The winners of EY Entrepreneur of The Year 2019 Malaysia awards celebrate.

EY also presented three other awards in recognition of some of Malaysia’s top entrepreneurs. According to Song Hoi-see of Plaza Premium Lounge Management, who was among the panel of esteemed judges, there was no shortage of exceptional individuals among the nominees and the panel of judges faced an uphill task in picking the winners of each category.