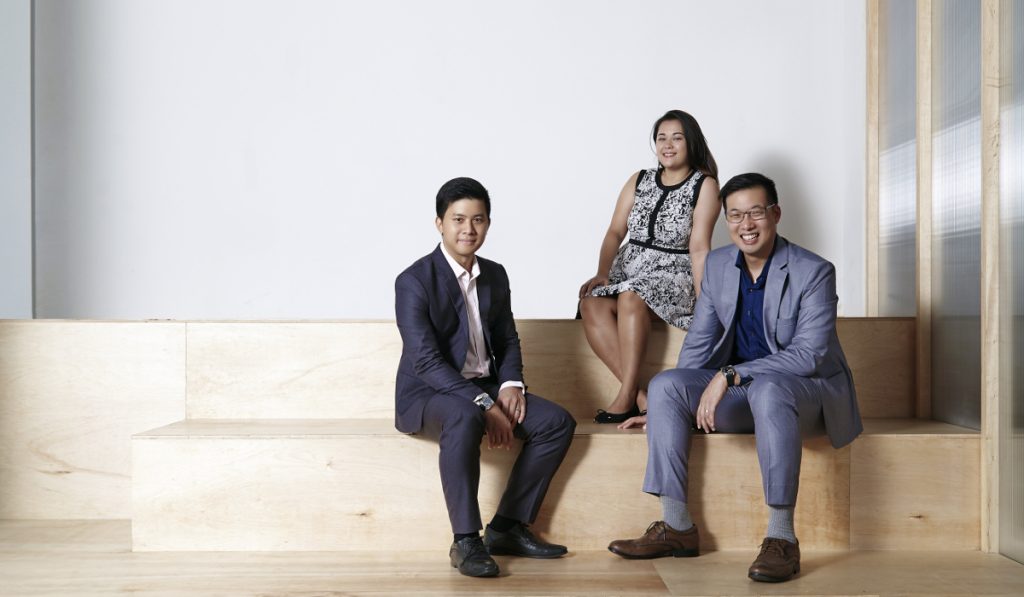 It all began with a weekly group gathering where John- Son Oei, Jayne Kennedy and Loh Jon Ming would meet up to discuss how to become better leaders and individuals. Oei reminisces: “We were just about to graduate from university and enter the work force; we realised that unless we started walking the talk, we will never be able to achieve these goals. That’s when we decided to start our first project in Kampung Jawa in Kuala Kubu Baharu, Selangor, where we built a toilet and painted 12 houses.” It was from this experience that the trio discovered there were many other individuals wanting to volunteer, but the lack of proper platforms made it seem unattainable. “It’s not that people don’t care, but that they feel alone and incapable of making a difference, which prevents them from taking action.”

Following the success of their first project, the group decided they would continue their efforts for the next three months to see how far they could go with this endeavour. Seven years on, the group now known as Epic Collective has blossomed into a burgeoning social enterprise that not only builds homes for marginalised communities but also creates, invests and discovers various different social initiatives. In April this year, the company celebrated the 100th home that was built through its non-profit initiative, Epic Homes. “We never expected it to become what it is today,” says Kennedy, who serves as the COO at Epic Collective. “It’s also exciting to observe the culture of the team behind this collective, which currently stands at around 30 people. This is not just about the three of us but about how we can bring everyone else along with us on this journey by empowering the people who are part of Epic Collective. As we continue to expand, we are also searching for other ways to enable the team and share this vision to help shape how this company will work, which will be one of our biggest challenges in moving forward.”

To this, the group’s CFO Loh adds: “I think the more personalities there are, the richer a company culture becomes. While not everyone might be technically sound or super-capable, everyone who works at Epic Collective has a passion to grow with this company with integrity and honesty. Most important of all is to be genuine with what you want and what you are doing now to achieve that goal, while ensuring that both these elements are aligned with each other.” For Oei, who serves as the Group CEO, the importance of finding the right individual makes a big difference to the success of the company: “At Epic Collective, we believe it’s not about what you do but who you become. Instead of having achievements or ticking things off their lists, the people who are part of this company are looking for ways to make a difference… at the end of the day, they believe that through this process, good work will get done.”

When asked what made the group decide to focus on the plight of the orang asli community, Oei explains: “These initiatives are designed to build bridges between the orang asli and urban volunteers. Through building these homes, relationships are formed and trust is created. We also encourage both parties to remain in contact so that they can empathise and find ways to support one another. On one end of the spectrum, you have a family that’s being sheltered so that they don’t have to worry about where to live and can focus on their bigger goals, but you also have these urban volunteers who are being exposed to the orang asli way of life.”

In speaking with the group, it becomes evident how working with this marginalised community has left a deep impact on their own outlook on life. “You can really learn a lot from these great people, who have such a rich heritage. Not only are they incredibly resilient but they also have great values – a sense of community, the importance of family and wanting to take care of one another. These values are also what impact the urban volunteers the most. Additionally, volunteers can also impact one another. While many might start out as strangers, the way we’ve designed these projects pushes them to go beyond their own boundaries, which, in turn, enables them to discover a side of themselves that they might have otherwise never known,” says Oei.

For Kennedy, the benefits of building relationships between people from various walks of life are crystal clear: “Most people today prefer to work in their own silos and will hardly interact with one another unless it’s for functional purposes. For us, it’s about breaking the stereotypes, building connections and getting people to recognise what they can do now by using the knowledge that they’ve gained from this experience. For example, Epic Collective works closely with a lot of property developers and other people within the same industry. When they get involved in building these homes, they start to realise just how difficult hard labour can be, which makes them aware of the need to treat their construction workers better. Through these experiences, the volunteers involved will be able to implement changes within their own circles, ultimately helping create a better world for everyone.”

As for what’s in the pipeline, Oei reveals: “Epic Homes is mostly run by volunteers who are operating in different roles and responsibilities on a construction site outside their day-to-day jobs. Currently, we have a community of over 5,000 people that have been trained through the experience of serving. The way we sustain our social business model is by selling this experience as a teambuilding exercise to companies, while the money is used to fund the construction of these homes.” In addition, Oei also highlights the need to consider the various other aspects that are involved in improving the welfare of a particular community.

“Because of this, we’ve decided to launch two new companies under Epic Collective. The first is Epic Communities, which looks at developing cooperative, resilient and self-sustaining communities. We are not just looking at building shelters but also harvesting clean water, renewable energy, food production, improving accessibility and so forth. Epic Communities will also accept commercial projects and will operate similar to how a consultancy works. The second company is Epic DNA, an experiential company that specialises in using service experiences for personal, team and leadership development. Our plan is to tie up with educational institutes, such as primary and high schools as well as universities, colleges and other companies, to see how we can enhance the skills of their people while giving them the opportunity to serve others.”

This month, Oei will be travelling to Louisville, Kentucky, to attend the Fifth Annual Muhammad Ali Humanitarian Awards, where he will receive the Dedication Award. “It’s definitely a huge honour. At the same time, it serves as a reminder that we actually have a lot more influence than we think, and that we have a responsibility to do even greater things.” According to the 30-year-young entrepreneur, this acknowledgement also provides a sense of closure for a personal tragedy that occurred 17 years ago. “It’s my first time going to US. My father went there for an operation and passed away but they couldn’t send his body back. Many kind people came to my family’s aid during our time of need, which wouldn’t have been possible if not for this tragedy. I certainly did not know that all this was going to happen but it has, which makes this award even more of a meaningful milestone for us at Epic Collective.”

You can learn more about Epic Homes and the Epic Collective at epichome.org