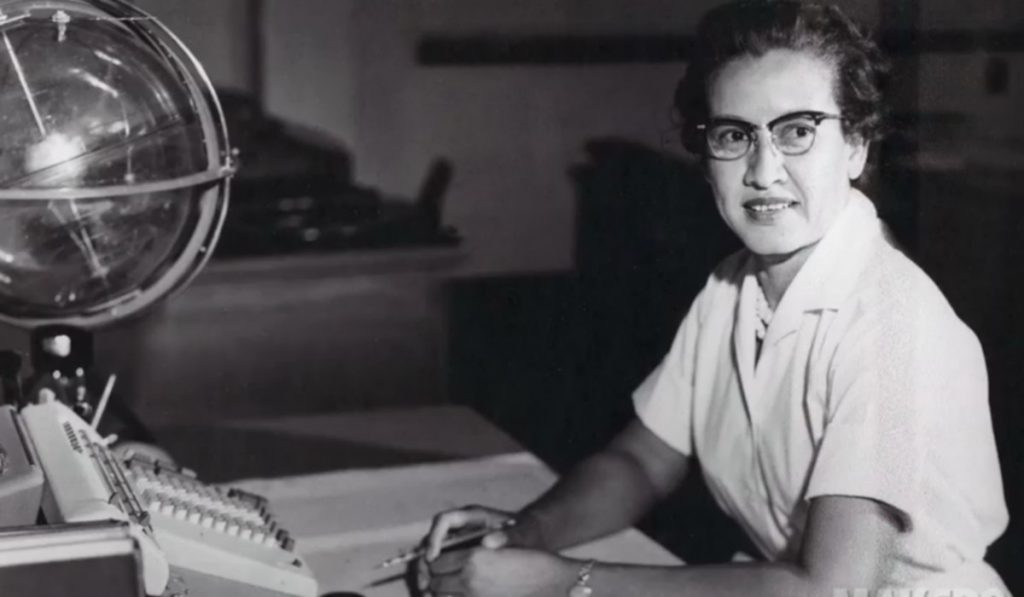 The legacy of Katherine Johnson is one that has directly influenced the world that we know it today. The pioneering woman blazed a trail in not just her field of mathematics, but also in humanityâ€™s quest for space exploration, and that of racial and gender equality. On the 24th of February 2020, Johnson breathed her last breath at the age of 101, after a fruitful life that has forever changed the world.

Born in 1918 in White Sulphur Springs, West Virginia, Johnsonâ€™s list of remarkable feats extend to her childhood, where her brilliance with numbers put her several grades ahead of her age group, and allowed her to be handpicked as one of only three black students to lead the integration of West Virginia Stateâ€™s graduate school in 1939. But it wasnâ€™t until 1952 that her career at NASA started. She joined the National Advisory Committee for Aeronautics (NACA) as part of the all-black West Area Computing team, but just two weeks into her tenure at Langley was assigned to a project in the Flight Research Division. There, she spent four years analyzing data from flight tests, until 1957 when the Sovietâ€™s Sputnik satellite was launched. Engineers in NACAâ€™s Flight Research Division and the Pilotless Aircraft Research Division formed the core Space Task Group, and Johnson â€˜went along with the programmeâ€™ as NACA became NASA in 1958.

Her work on trajectory analysis for Alan Shepardâ€™s May 1961 mission Freedom 7, Americaâ€™s first human spaceflight, was invaluable. She was personally requested by John Glenn to verify the calculations of the then-newly installed electronic computers, which was prone to hiccups, for the Friendship 7 mission in 1962. â€œIf she says theyâ€™re good,â€™â€ Katherine Johnson remembers the astronaut saying, â€œthen Iâ€™m ready to go.â€

Johnson also worked on Project Apolloâ€™s Lunar Module, the Space Shuttle and the Earth Resources Technology Satellite (or Landsat as it is now called). In 2015, Johnson received the Presidential Medal of Freedom, Americaâ€™s highest civilian honour, from President Barack Obama. Her story was chronicled in the 2016 biography Hidden Figures: The Untold True Story of Four African-American Women who Helped Launch Our Nation into Space by Margot Lee Shetterly which was then turned into a movie that same year.

â€œNASA is deeply saddened by the loss of a leader from our pioneering days, and we send our deepest condolences to the family of Katherine Johnson. Ms. Johnson helped our nation enlarge the frontiers of space even as she made huge strides that also opened doors for women and people of color in the universal human quest to explore space. Her dedication and skill as a mathematician helped put humans on the moon and before that made it possible for our astronauts to take the first steps in space that we now follow on a journey to Mars. Her Presidential Medal of Freedom was a well-deserved recognition,â€ NASA Administrator Jim Bridenstine says in his statement.

â€œAt NASA we will never forget her courage and leadership and the milestones we could not have reached without her. We will continue building on her legacy and work tirelessly to increase opportunities for everyone who has something to contribute toward the ongoing work of raising the bar of human potential.â€