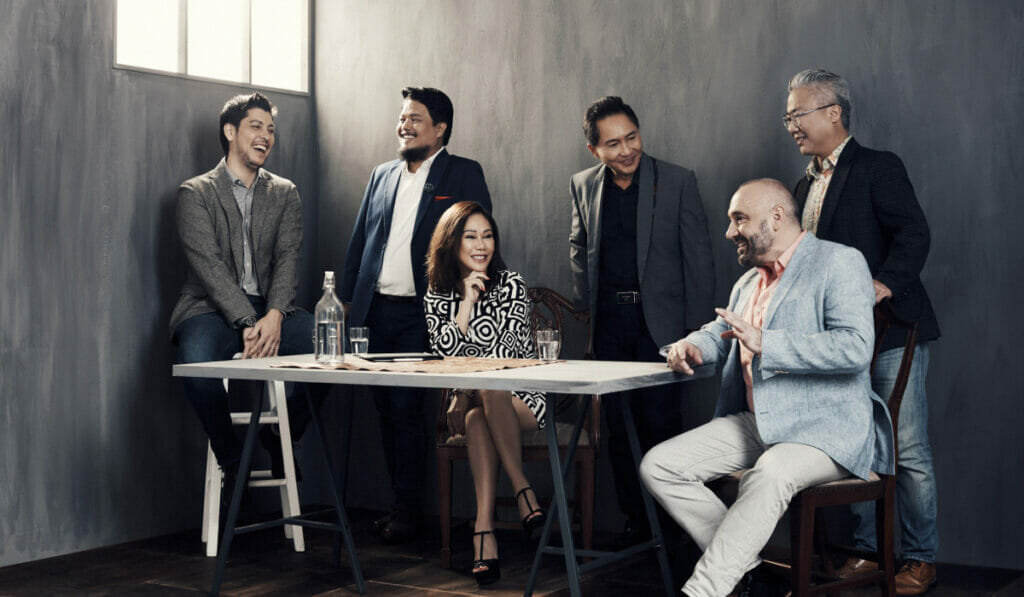 Pressure on the plate.
Wednesday, November 1, 2017 By Editors

What makes today’s Malaysians tick at the table? Does the pressure to plate up something new and exciting ever get overwhelming? The Peak Malaysia finds out how Kuala Lumpur’s leading chefs and restaurateurs tease and intrigue diners’ taste buds, while feeding their minds at the same time.

How do you run a stable of six restaurants and bars, each with their own distinctive characteristics, and maintain a clear sense of creative direction? “The most important thing is to follow your vision,” says Christian Bauer, the Executive Chef and Director of Troika Sky Dining. “When you open a restaurant, you have to ask yourself: what am I offering that is new? Why would people travel across the city to eat here?

“Then, once you’ve decided it’s a good idea, you have to follow through with it. Don’t give up too easily and change things because you’re scared. You have to follow through – it may fail, but at least you stuck to it.” Fortunately for Bauer and Eddie Chew – also a Director of Troika Sky Dining and the name behind their latest restaurant, Mr Chew’s Chino Latino Bar – they’ve stuck firmly to their guns and done rather well out of it.

From the time they founded the much-lauded Frangipani Restaurant & Bar in Changkat Bukit Bintang in 2001, Bauer and Chew have gone on to become a force to be reckoned with in the city’s dining scene, opening Cantaloupe at The Troika in 2012, followed, in quick succession, by Claret, Strato, Fuego and Coppersmith. “It’s lovely when you see people having a good time in your restaurants,” remarks Chew. “When you arrive and it’s buzzing, everyone’s laughing – that’s really wonderful. For us, that’s the biggest reward we could have.”

“Yes, because that’s what we built them for,” Bauer agrees. “We created these restaurants for ourselves, offering food that we wanted to eat, the way we wanted it cooked – and it makes us happy that people agree with us.” Two more outlets are already in the works: the ground floor of WOLO Bukit Bintang will shortly play host to Brasserie Fritz, which will serve early breakfasts, midnight steaks and plateau de fruits de mer over its pewter bartops, while Penang will get its own version of Fuego, with tacos and a speakeasy, on Lebuh Chulia.

For both of them, it’s been fascinating to see how receptive Malaysian diners have been towards their food, but also to witness the changes in people’s palates. “It’s down to our target audience, because our concepts come from seeing things around the world, so our restaurants would appeal to those who’ve travelled and are a bit more open,” says Chew. Even then, they’ve had some pleasant surprises: their cold somen noodles with century egg, tofu and salmon roe recently emerged as one of their bestselling dishes at Mr Chew’s.

“I’m proud of that one – not only for us, but proud of the guests who have the guts to eat that!” smiles Bauer. “In the last five to 10 years, there’s been a major change in how Malaysians eat, and their knowledge. Younger diners are happy to eat tendon, sweetbreads and brains, and people are interested in smaller wineries and wines that are organic or biodynamic. The level of education has taken a huge leap, and that’s positive – entirely positive.”