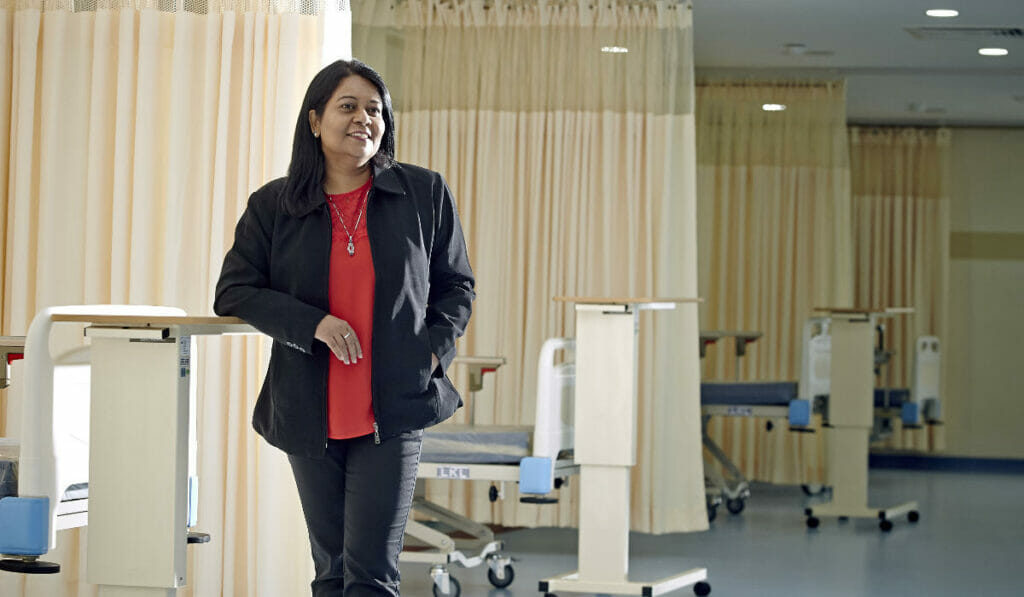 How did you get involved with the MAA Medicare Charitable Foundation?

The foundation actually started when a staff of MAA Medicare couldnâ€™t afford dialysis treatments because she didnâ€™t qualify for government facilities, yet was unable to afford private treatment. It was a real dilemma for her and so, the Chairman of MAA Holdings, Tunku Datoâ€™ Yaacob Khyra, decided that the company would start a dialysis centre to help people facing the same predicament. MAA Medicare Charitable Foundation was registered in 1995 and I joined in 1998 as the General Manager while we were in the midst of setting up centres in Johor Bahru and, soon, Kuching as we wanted to expand our services. I took over as CEO in 2006 and it became my full-time baby. There was a time when I wanted to leave but the Chairman asked me: â€œWho am I supposed to trust the foundation with?â€ I couldnâ€™t answer because there was no one I could pass this on to. I stayed but I couldnâ€™t keep doing the same things, so I challenged myself: I want to do something different every year, so the team and I set our own goals and targets.

Speaking of challenges, what are some that youâ€™ve faced at the foundation?

One of the biggest ones took place in 2008, when the Private Healthcare Facilities and Services (Private Medical Clinics or Private Dental Clinics) Regulations 2006 was enacted. Any operating clinic (including those run by NGOs) had to adhere to these regulations. For us, it meant several modifications to our centre because of the strict criteria, including size specifications for treatment areas, walkways, etc. This required additional work and money â€“ both of which are scarce commodities â€“ so we decided to move 11 out of our 12 centres into new premises. Finances were a point of contention because we were not receiving funding from the MAA Group at that point. The company felt that itâ€™s only right to be self-sustaining and the money can be directed to other charitable needs. Initially, that didnâ€™t go down well with me but, on hindsight, I think the Chairman definitely did us a favour because, today, we are a self-sustaining organisation. We donâ€™t depend on the company or the government for money.

How do you keep the foundation self-sustaining?

Itâ€™s all a numbers game. First, I look at the number of patients we have, consolidate the figures and look at the volume of things I can buy at a lower price from suppliers. Our main source of income, though, is through the patient fees for the subsidised treatments and extensive fundraising through our 12 centres. We are also very transparent with what we do with money and help given by donors, suppliers and sponsors. We provide a monthly list of patients who receive treatment subsidies and the foundation publishes annual reports with our financial information and exactly what we do with funds. This is something that donors really like and it actually gets easier to ask for help after the first time because they know exactly where their money goes.

You mentioned setting up goals and targets, one of which happens to be the Cardiac Diagnostic and Treatment Centre. How did the idea come about?

In 2014, our programmes were stable; all centres were licensed and we were in our 20th year. Hence, the Board decided to extend our services to also cover patients with cardiacrelated diseases. It took us almost a year to do a feasibility study because itâ€™s a very expensive endeavour compared to kidney diseases. Weâ€™re talking 10 times more for treatments and equipment, so we needed the exact facts and figures. We met with countless figures from government, university and private hospitals to understand the pricing systems, patient profiles and, essentially, identify the need for such a centre. What we found out was that there was no other facility providing charitable treatments for heart patients in Malaysia. No one realised there was this huge group who couldnâ€™t afford cardiac treatments. Current cardiac facilities were not enough and had interminable waiting lists. So, we spoke to the Ministry of Health and it agreed to divert non-critical patients for prevention and diagnostics to us. From there, we got the ball rolling to start this Cardiac and Diagnostic Treatment Centre.

Whatâ€™s the progress of the centre?

We are in the final stages right now. There have been some hiccups, especially with the change in government and new appointments in the Ministry of Health. But everything is in place; we have the machines, staff and even a dedicated team of five renowned cardiologists who already volunteer days off from their hospitals to be here for the patients. Our doors are set to open this month with Prime Minister Tun Dr Mahathir Mohamad â€“ who is also an adviser to the Cardiac Centre â€“ set to officiate it in October.

What drives you in what you do?

Iâ€™m a very tough person! Itâ€™s never been a one-woman show for me. When you have 800 patients around the country, you need a good team or youâ€™ll never be successful, and Iâ€™m grateful for the support from the Board as well. And seeing the same patients throughout my 20 years here is incredibly inspirational. The fact that I see them for years makes me work harder to provide more medical services because, without treatment, they will die. To me, this isnâ€™t charity; it is humanity.