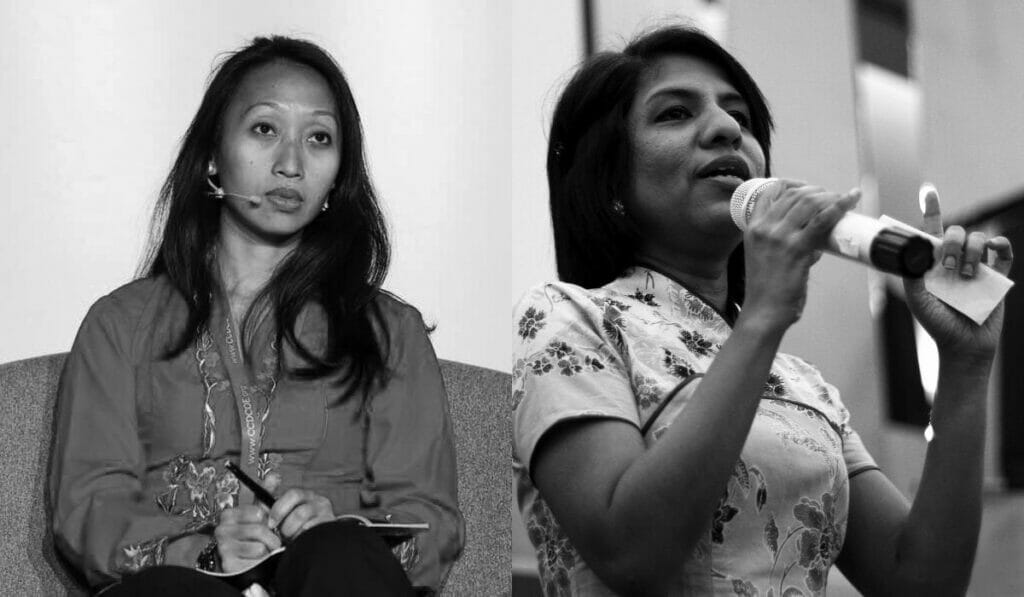 The Malaysian elections stunned many around the region and the world. Because the results had been so unexpected, it affirmed to observers a number of things: (1) the power and possibility of a peaceful, democratic change of government, defying predictions that the electoral system was so rigged in favour of the incumbent that it could never be unseated; (2) the promise of a more transparent, accountable and inclusive government from election campaign pledges, initial Cabinet appointments and measures to redress corruption; and (3) that politics is a strange, bemusing beast in Malaysia, where a nonagenarian is voted in by the people, appoints as his deputy the wife of his former deputy whom he imprisoned, and through the administration of the criminal and justice system, is pursuing the prosecution of his predecessor.

As I have been in transition over the last few months and during the elections, my experience from professional interactions has so far been limited. As background, in my new role, I engage with rising and senior civilian and military officials from around the Asia-Pacific region. While presenting an overview of Malaysia recently to a group of primarily American government employees, I was met with a lot of wide-eyed interest and positive feedback about the recent changes in Malaysia.

Tangentially, since the elections, I have also noticed a number of Malaysia ‘experts’ in the region who have come out of the woodwork on the Internet. They are South-East Asia observers who have been quick to confidently and authoritatively publish commentaries that range from not particularly insightful to generally accurate though short on nuances. This is the peril of writing to events as they unfold and needing to be seen to contribute to, and comment, on them no matter what.

What is important to me is that the people I engage with now, especially those who are unfamiliar with Malaysia, understand the country and developments there with nuance and context so that the policies and strategies that they go on to recommend to their superiors are rooted in depth rather than superficiality.

ISIS Malaysia was established during the prime ministership of Tun Mahathir Mohamad as a think-tank that would serve the government of the day, no matter who was in government. That principle still holds and, since ISIS Malaysia has always engaged with politicians on both sides of the fence, I would imagine that it is business as usual. In fact, ISIS Malaysia recently welcomed the new foreign minister to a meeting among think-tanks at the ISIS Malaysia office, on the minister’s first day on the job.

It is my most sincere hope that Malaysians, now that we have seen the power of change when enough of us come together, will realise that we live and do things better together. Even when we disagree with each other, we should try to do so without being disagreeable to each other. This is the mark of maturity in society and we have shown that we are, indeed, maturing with the recent elections.

For the new government, I hope that it will continue listening to the Malaysians who voted it in and even to those who didn’t. A #MalaysiaBaru must also take into consideration the voices that resist change. Above all, there should be good governance, transparency and accountability led by the people in power, with the soundness of policies checked and balanced by an effective opposition and the electorate.

Top on the list should be redressing corruption, and restoring trust and accountability in a system that has long cultivated patronage and a feudal mindset. This will not happen overnight, of course, but the groundwork was already laid years ago in national policies like the New Economic Model. They were just never strictly adhered to or implemented, unfortunately. We have the means and the tools. We just need the political will to implement without breaking the whole system while we’re at it.

When racism tips over into the slippery slope of castigation, ostracisation, then demonisation of ‘the other’, then that significantly raises the risk of radicalisation. We are not yet at that tipping point, but the barometer of communalism has risen and fallen enough in the past to warrant sufficient concern. Racism and radicalisation are a process. Their consequences do not manifest overnight. So, the process needs to be checked before the consequences materialise.

At the most fundamental level, we need to go back to basics – to respecting, accepting (not just tolerating) and even celebrating differences. Our diversity is not just a tagline. It is both our vulnerability and strength. As such, there should be no politicisation of the elements of our social fabric – ethnicity, religion, etc. This does not mean these issues should not be discussed, only that they should not be exploited for political gains as they have been before. This will be difficult, however, given the existing structure of our race-based political system. At the legal and policy levels, we have sufficient laws and policies in place to counter radicalisation. They may just need to be streamlined and reviewed.

It is far too early to make a call on whether or not Malaysia has become a safer place for everyone in these past few months post GE14. Our threats and challenges are not so new; they are simply evolving. Incidents of terrorism, insurgency and militancy are as old as the country itself. And the police has, so far, done a stellar job in keeping the threat of extremism at bay. Remember, they have to get it right every single time. The terrorists just need to get it right once.

What we have seen – a stark repeat over the last few years – though, is a return of great power competition and its accompanying proxy dynamics in the region. Malaysia will have to maintain a balanced, pragmatic foreign policy and security posture as our larger neighbours compete for power, leadership, and influence. In the case of the South China Sea, Our diversity is not just a tagline. It is both our vulnerability and strength. As such, there should be no politicisation of the elements of our social fabric – ethnicity, religion, etc. Malaysia will have to contend with an increasingly changing and militarised seascape with overlapping claims of territory, sovereignty and sovereign rights, and the defence of freedoms of navigation and overflight – all in the name of international law.

However, we and the divisions that we create are our own biggest challenge, and this will be amplified as we mature democratically. The nation-building exercise and how we see ourselves as Malaysians not only to the rest of the world but to ourselves, first and foremost, is of key importance to our progress.

If we do not have a firm idea of how we present ourselves to the world and where we want to go, then we render ourselves vulnerable to influence, manipulation and exploitation, particularly from external powers.

When I served at ISIS Malaysia, I was frequently asked by visiting delegations what the number one security challenge was for Malaysia. My answer was always the challenge of nation-building because the strength of a nation-state and its borders can only be premised upon the state of the nation within its borders. I maintain that assessment even now.