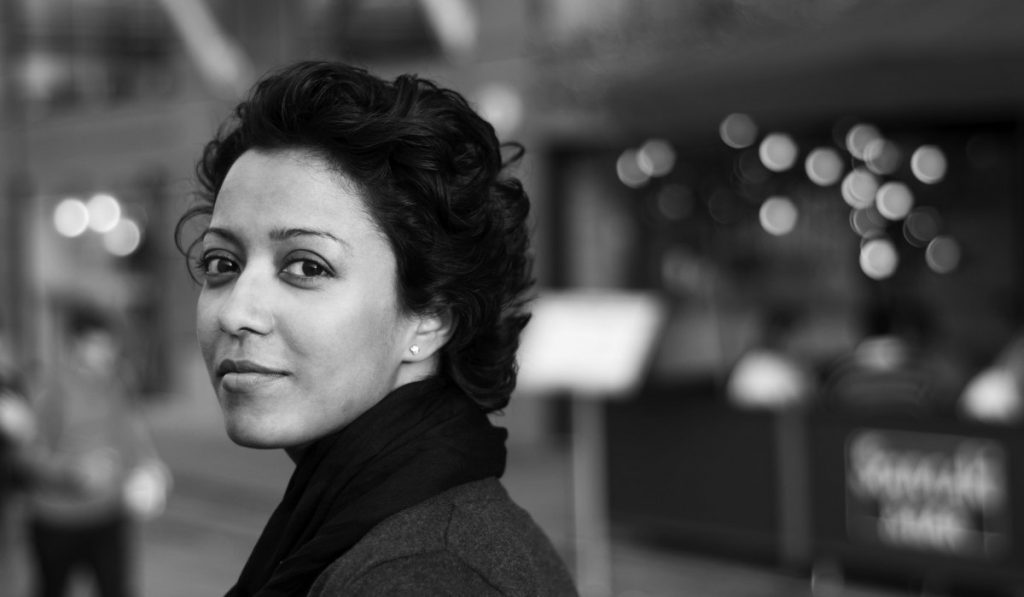 Growing up, I used to go to India during the school breaks to visit my maternal grandmother, relatives and cousins. There, I saw for myself the levels of poverty many were forced to endure and my heart broke. It was at this point in my life that I told myself that I wanted to find a way to help the poor.

Later on, I attended the Wharton School at the University of Pennsylvania to complete an Economics degree, focusing on Finance and Management. I thought if I earned a lot, I could donate that money to those who need it. So, I started my career as an investment banker with Lehman Brothers in New York. But I quickly grew disillusioned: I felt like I was helping companies get richer, while the worldâ€™s needy were not being considered. I also realised that money alone is not the solution; you need people who are going to execute solutions to make a difference. I quit my job to pursue a Masters in Environment and Development at Cambridge University in 2001. I wanted to understand why people remained poor, how can I help and what I could do.

Following my Masters, I returned to Malaysia for two years to work in a railway engineering firm. (I tried getting a job in development with NGOs and the United Nation after graduating, but it was harder to get a job with an NGO in Africa than it was to get one in investment banking!) I then had the opportunity to do an internship with the UNDP in Ghana, West Africa (through a programme by the Cambridge African Network, of which I was a member in Cambridge University). I moved to Ghana in 2004, where I stayed for two years working with a local NGO (OICI) that focused on livelihood improvement projects on behalf of gold mining corporations. This time in Ghana was one of great learning for me, being on the ground and facing up to its challenges, realising I donâ€™t need much to live on, learning how development agencies work and building appropriate solutions. Working with an NGO which depended on donor funding, we had to curtail our expenses due to the lack of funds. This was also when I realised that for a sustainable impact, revenue building is key.

So, I quit my job, and took time off (I was in Hawaii for three months learning more about God and natural farming) before going to Cambodia to teach English and build schools. It was during this time that I met with mothers who lost their children to sex traffickers and weavers who couldnâ€™t earn enough to make a living. These words, â€˜From everyone who has been given much, much will be demanded; and from the one who has been entrusted with much, much more will be askedâ€™, echoed strongly in my mind during this stage of my life. I felt that I have been blessed with a loving family, a good education and opportunities. I should share that and give back to others.

It initially started as a simple gesture to help in 2012. I bought scarves from the women I met and sold them to friends and family. In early 2013, I met with Dr Kim Tan, a social impact investor, who said: â€œIf you really want to make the difference in these womenâ€™s lives, you need to make this a businessâ€, by helping the artisans move from the informal to the formal economy, such that they themselves will be contributors to the tax base and grow the nation. I was scared â€“ I had never started a business before (studying at a business school doesnâ€™t necessarily prepare you to be an entrepreneur!) but, driven by my desire to make a difference and the entrepreneurship example of my own father, I decided to start Earth Heir, which was officially registered on 14 February 2013.

My Christian faith has been a significant factor of guidance in my life, together with the example of my father. He grew up with illiterate parents, worked and educated all of his siblings, started a business and educated all my siblings and me. He grew up in poverty and raised our whole family up through sacrifice and entrepreneurship. It is his example of charity and being generous that has inspired and built my own views on giving back and helping others.

Things were tough in the beginning â€“ trying to find where the different weaving villages were, developing relationships with various artisans, setting up the company, figuring out our brand values, trying to find sales channels, doing popups to ascertain consumer demand. Clients were used to products that are machine made and mass produced, which also meant they are cheap and more disposable. It took a long while for us to build consumer awareness about slow fashion, appreciating hand crafted versus mass fashion products, and to think about the well-being of the people behind the products. It has been and still is a tough road. Awareness of ethical fashion, conscious consumption is low and not many ask questions about how, where, who or what makes a product.

I think one of the greatest issues we face is in building awareness and exposure for mission enterprises, which normally take a longer gestation period to be successful. Impact-driven businesses donâ€™t just focus on profit, but our values, actions and mission are driven by pursuing social impact and justice â€“ the triple bottom line. There also needs to be a change in how business is done, for more companies to be good stewards of the people, materials and natural resources they work with.

For example, doing good should not be an extraneous effort with CSR initiatives, which effect little longterm impact. Doing good should be part of the business operations, its DNA and modus operandi of the firm. Case studies of businesses that hold such values above short-term investor returns have been proven to withstand the ups and downs of economic booms and busts. For example: we make corporate gifts (both hand- and machinemade). Our handmade or custom ranges are limited editions and take longer to make. But our Gifts for Good range (of machine-made pieces) matches the prices of other corporate gift companies that make tote bags, lanyards and stationery for events or office use; and we use one per cent of the total purchase amount towards the planting of trees in degraded forests in Malaysia. All the profits from our Gifts for Good range support our work with artisans and marginalised communities in Malaysia, such as refugees, differently abled persons, women in prisons and village craftspeople.

I think social enterprises in Malaysia need greater support and recognition for the work they are doing â€“ creating social impact while seeking to build sustainable business models, thereby reducing the burden on the government and doing it without long-term dependence on donations. Right now, there are no legal provisions for the registration of social enterprises, such as the benefit corporation in the US. There was some call to action previously, encouraging government-linked agencies and companies to procure from social enterprises recognised by MAGIC (Malaysian Global Innovation & Creativity Centre) under the Impact Driven Enterprise Accreditation (IDEA) initiative, and I hope there will be more progress on this front.

Now, I feel encouraged that it may be possible for Malaysia to be a country where business is conducted based on merit and ability. The perception right now is that corruption will not be tolerated and there will be greater transparency in how business is conducted in Malaysia. I hope this will becomes a reality. We also hope that SMEs from different sectors will be given opportunities to grow â€“ while the focus on services is important, key industries, such as agriculture and rural industries, also need to be developed so that wealth can be spread throughout the nation.

The fact that climate change has been included in the title of a Malaysian minister shows there is change happening in this country now. Ethical fashion and the focus on slow fashion are very interlinked with environmental and human rights issues. The fashion industry is the second largest polluter of water sources in the world. Clothes, synthetic fabrics and plastic accessories are filling up our landfills. More holistic environmental conservation and sustainable business policies will be key.

In the beginning, there were times I was almost embarrassed to be seen at bazaars with a table selling scarves. People from my previous work life have asked me what I was doing with my life, and there were even some who said I was wasting my talents. This is a question I wondered about myself many a time. Is this really where my talents and skills are best used? Should I be working with a bigger cause for greater impact? Is Earth Heir even making a dent? Feeling like a lone voice in Malaysia for ethical fashion and artisanal craftsmanship was discouraging, but I was also overwhelmed by the support and encouragement I have received along the way by lots of different figures.

And, yes, I am certainly looking forward to the following to happen in this New Malaysia:

I hope these changes will help reverse the Malaysian brain drain. When people know we have a compassionate, intelligent, successful government, they would be keener to come home and live their lives. Iâ€™ve always thought that if you want to create change, you need a nucleusâ€¦ of people doing good. If people leave, the causes they champion will also leave the country as well. So, I decided to stay in Malaysia after returning from a life abroad for 13 years. By staying,

I hope to not break the nucleus and, hopefully, we can build enough force to create change. We are seeking to scale our work right now and need funding, so that we can grow and be sustainable on our own. Unfortunately, corporate bodies are generally more willing to fund NGOs rather than social enterprises. If we were working just for profit alone, we wouldnâ€™t have left our lucrative careers to take extreme pay cuts while seeking to build an ecosystem for the nation. Anyone who starts a social enterprise is giving up opportunities which offer far more in terms of pay and other opportunities.

We are truly in this sector because we want to create impact and make a difference. We want to be first movers and create lasting change in this nation.