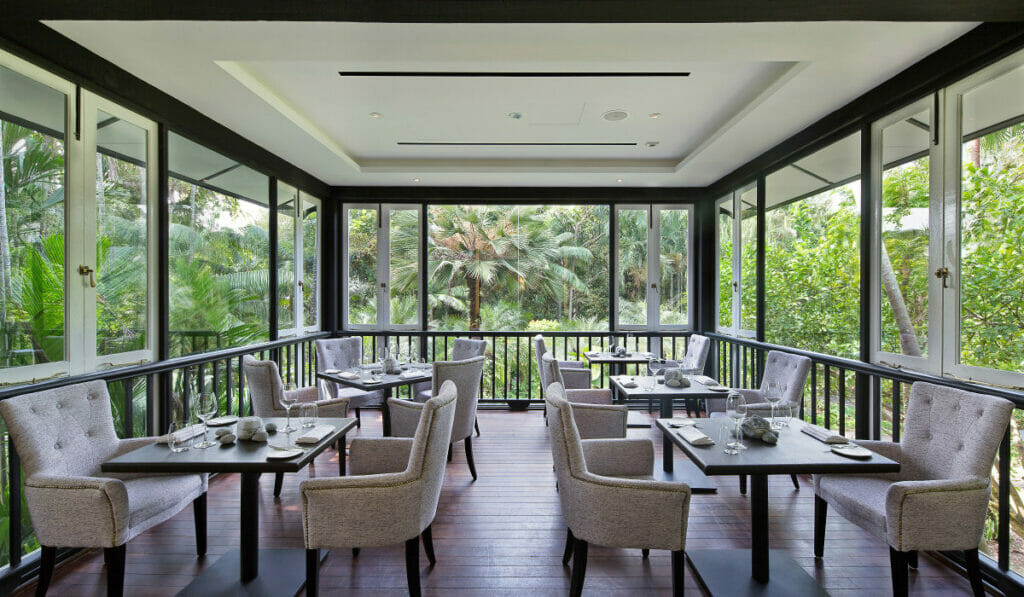 If youâ€™re craving for exquisite cuisine paired with breathtaking views, look no further than Sydneyâ€™s prestigious Quay Restaurant. Situated in the very heart of the glorious Sydney Harbour, visitors to this sparkling fine-dining establishment will be able to feast their senses on the tastes, sights, sounds as well as spectacular panoramic views of the nearby Circular Quay, the Sydney Opera House and the Sydney Harbour Bridge that call this beautiful city home. As the bearer of the coveted Three Chef Hats award for 15 consecutive years, every meticulously crafted dish served at the Quay is a celebration of modern Australian cuisine, with each ingredient carefully selected for its colours, textures, aromas and flavours, thus ensuring that every single morsel is an absolute delight. The restaurantâ€™s ever-evolving seasonal menu features everything from exotic raw wallaby from Tasmaniaâ€™s Flinders Island, to familiar staples such as succulent Blackmore wagyu beef with shaved fungi and black garlic poached in a savoury smoked bone broth. quay.com.au

No journey to Hong Kong would be complete without a taste of the islandâ€™s famous dim sum and the best of these savoury bites are found in Lung King Heen at the Four Seasons Hotel Hong Kong. Being the first Chinese restaurant in the world to be awarded three Michelin stars is no easy feat, but Lung King Heen effortlessly delivers with a fantastic fare of modern Cantonese cuisine. Chef Chan Yan Tak has introduced some of the most iconic dishes to the Hong Kong dining scene, including his legendary baked whole abalone puff with diced chicken thatâ€™s a firm favourite at the restaurantâ€™s dim sum lunch, as well as the house-made XO sauce lauded as the best condiment in the city. The rest of the menu is just as enticing, owed to the masterful wok work, high-quality ingredients and delicately careful presentation. fourseasons.com/hongkong

If you think you know Indian food, be prepared to have another think coming at the Indian Accent restaurant. Pushing beyond the traditional dishes of briyani and curries, the New Delhi fine-dining establishment marries the cuisineâ€™s complex flavours with modern techniques to create entirely new edible avatars. Amongst the inspired creations are khandvi ravioli, chicken tikka quesadilla with Swiss gruyere tuna bhel ceviche, warm doda burfi treacle tart and even pork ribs â€“ a rare appearance in Indian cuisine â€“ with a tamarind glaze. The mastermind behind the inventive menu is Chef Manish Mehrotra, who combines seasonal, fresh local produce with ingredients from around the world to create Indian food for the 21st century. To experience Chef Mehrotraâ€™s genius in its entirety, give the six-course Chef Tasting menu a try, where each unique course is paired with a selection of wines from India and across the world. indianaccent.com

If you ever find yourself feeling peckish in New Zealandâ€™s largest city, a visit to The Grove is sure to whet your appetite. Situated in the heart of beautiful Auckland, this fine-dining oasis, which resides right beside the historical Saint Patrickâ€™s Cathedral, was established in 2004 by owners Michael and Annette Dearth. Since then, the restaurant has earned a slew of reputable awards, including Three Hats for the coveted Cuisine NZ Good Food Awards in 2014. Modern with a classic French twist, each dish served in this refined dining haven showcases only the very best of organic and sustainable meats, paired with seasonal fruits and vegetables. Tantalising hearty creations to be had include tender quail paired with a crisped potato strip, and succulent wild red deer roasted in Earl Grey ash paired with savoury pickled mushroom and creamy fromage blanc. For a real treat, epicureans can request for a seat in the degustation dining room and choose from two degustation menus specially created by award-winning Head Chef Benjamin Bayly, whose illustrious career includes stints at Michelinstarred restaurants like Londonâ€™s The Ledbury and The Square, as well as Restaurant Jean-Paul Jennet in France. thegroverestaurant.co.nz

Tucked away amidst the serene and lush greenery of the Singapore Botanical Gardens is the Corner House, a unique multi-layered dining experience that caters to those looking to escape the bustling metropolis. Housed in a quaint colonial two-story bungalow that was built in 1910, this Michelin-starred fine-dining establishment prides itself on serving contemporary cuisine that emphasises refinement and quality, which has been coined by its superstar chef Jason Tan as â€˜gastro-botanicaâ€™. This unique name stems from the valuable lessons he gained during his previous experiences working at Le Saint Julien, Robuchon a Galera and Les Amis, where he gained a deep respect for fresh produce and ensuring that nothing goes to waste. Like a painter who creates depth and form on canvas by using different shades from a single colour, Tan has an almost magical ability to concoct elaborate dishes using a single humble ingredient through the use of different culinary treatments. This includes rich stock and jus created from chicken bones, savoury sauces made from lobster shells, and vegetables trimmings repurposed for purees and mirepoix. cornerhouse.com.sg