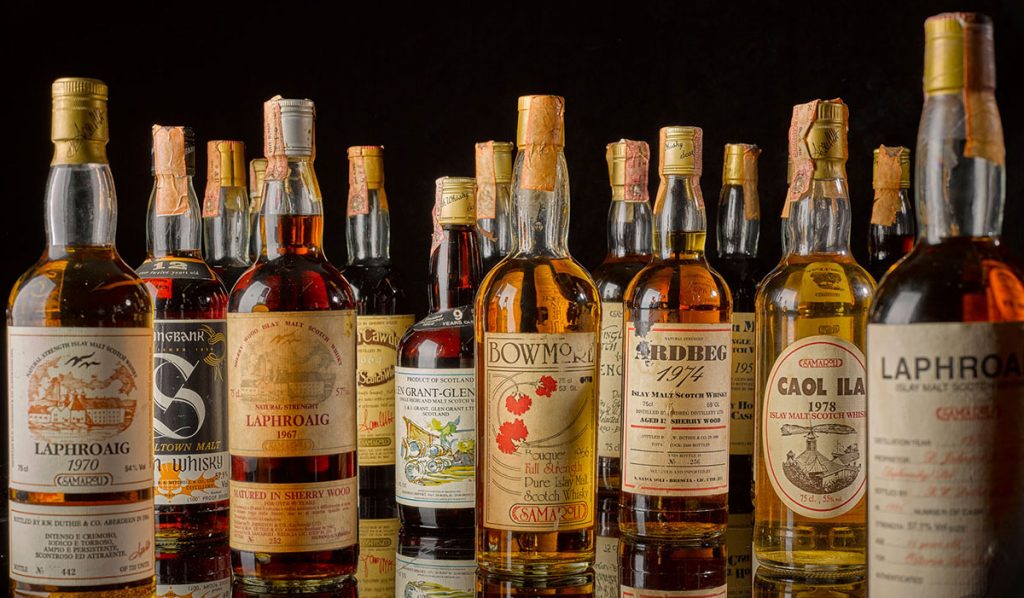 Independent bottling is an old and time-honoured practice that is not entirely understood by many of todayâ€™s spirits enthusiasts. But what is to be gained by drinking a bottling of whisky that isnâ€™t being sold directly by the distillery in which itâ€™s produced, you might ask?

Well, independent bottling goes as far back as people by the name of â€œJohnnie Walker,â€ or â€œJohn Dewar,â€ and even the â€œChivas Brothers.â€ These were retailers who had something the distilleries didnâ€™t have: a store front with which to sell whisky. These retailers would purchase whisky from the distilleries and independently bottle and sell said whisky in their shops. Now, these names are synonymous with the biggest blends in the world but their history started with independent bottling.

Independent bottlers work by buying casks from distilleries around the world and laying them down to mature in their own warehouses. Bottling happens when they feel the whisky is ready. Certainly, many whisky aficionados believe that independent bottles are a great way of surprise yourself and learn about what each distillery can do, when they to do it from scratch.

Now, looks like a company in Singapore â€“ The Single Cask â€“ is heading down this path with its own portfolio of independent bottling!

We recently caught up with brand co-owner Brendan Pillai and he had this to say: â€œThe Single Cask has a passion for unique spirits. Our mission is to provide the purest form of spirit available, straight from an individual cask. So, you could say that we specialise in sourcing the best whiskies in the world, and we also ensure these whiskies get all the way to the glass without filtration, colouring or blending. This means that each of the whiskies you find in their bottles is exactly as it was found in the cask!â€

â€œThe Single Cask began with the work of our company director, Ben Curtis, during his time acting as a distributor in South-East Asia for a number of Scottish whisky distilleriesâ€, revealed Brendan. According to him, amongst the brands that Curtis worked with was the Glenfarclas. It was the Glenfarclas â€˜Family Caskâ€™ range, which introduced him to the unique nature of single cask bottlings. â€œWhat started out as a personal interest soon grew, leading to the launch of The Single Cask brand and the opening of the first â€œThe Single Caskâ€ bar in Singapore, and a greater number of our own special bottlings each year.

Right now, the brand is proud to feature four brand new bottling that may just suit the festive mood this time of year:

Palate: Robust, sweet yet spicy with a lick of maritime and dusky peat. There are also hints of sea salt, pitch, oysters and driftwood. There hints of oak and slight cinnamon to round things off nicely.

Finish: Long and lingering, with the peat and oily, maritime notes bringing things to a close.

Nose: Slightly herbal, with hints of sage and sea salt. Thereâ€™s also sweetness in the form of burnt marshmallows and strawberries,Â coupled with white pepper, hints of barley sugar and a whiff of violets.

Palate:Â The sweetness is immediately apparent on the palate, coupled with a fair bit of heat. The flavour of red chilli flakes, peaches and runny honey prevalent throughout.

Finish: Medium on the finish, with sweet and slightly savoury notes. It does get slightly drying towards the end, with the oiliness receding to the background.

Finish: Long on the finish, with more of the rock sugar and white wine hints alongside some dusky oak.

Palate: More malty sweetness on the palate, followed by limestone, toffee, barley sugar, peat, green hints and menthol. There are also hints of pencil shavings and white pepper, followed by oak and earth.