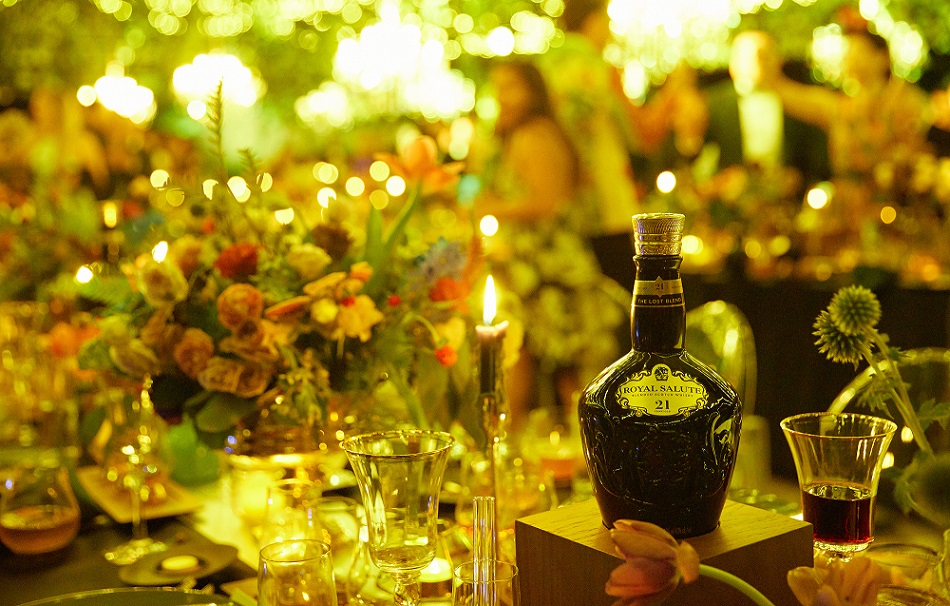 Created to mark the coronation of Queen Elizabeth II and the 21-gun salute that honoured her in 1953, Royal Salute is toasting an all-new look for its signature 21 Year Old Scotch Whisky, showcasing its rich history with a colourful, enchanting depiction of the British Royal Menagerie that pays tribute to the brand’s royal heritage.

Created in collaboration with fine artist Kristjana Williams, the illustration is part of a complete transformation for Royal Salute and a visual embodiment of the colourful, fantastical new direction the Scotch whisky is taking.

For the first time since the brand’s inception, two new whiskies – The Malts Blend and The Lost Blend – have also been added to the 21 Year Old range, both created by Royal Salute Master Blender, Sandy Hyslop. The new look and the new blends were unveiled at a recent glittering launch in Seoul, South Korea. They will be officially launched in Malaysia tonight.

The Malts Blend is the first blended malt from Royal Salute and crafted with more than 21 precious single malts, while The Lost Blend has been meticulously crafted to include scarce whiskies from distilleries no longer in production.

The two new additions join The Signature Blend, Royal Salute’s flagship whisky, and are each housed in beautifully crafted porcelain flagons, glazed in individual hues inspired by the precious stones set within the Imperial State Crown: sapphire for The Signature Blend, emerald for The Malts Blend and obsidian flagon The Lost Blend.