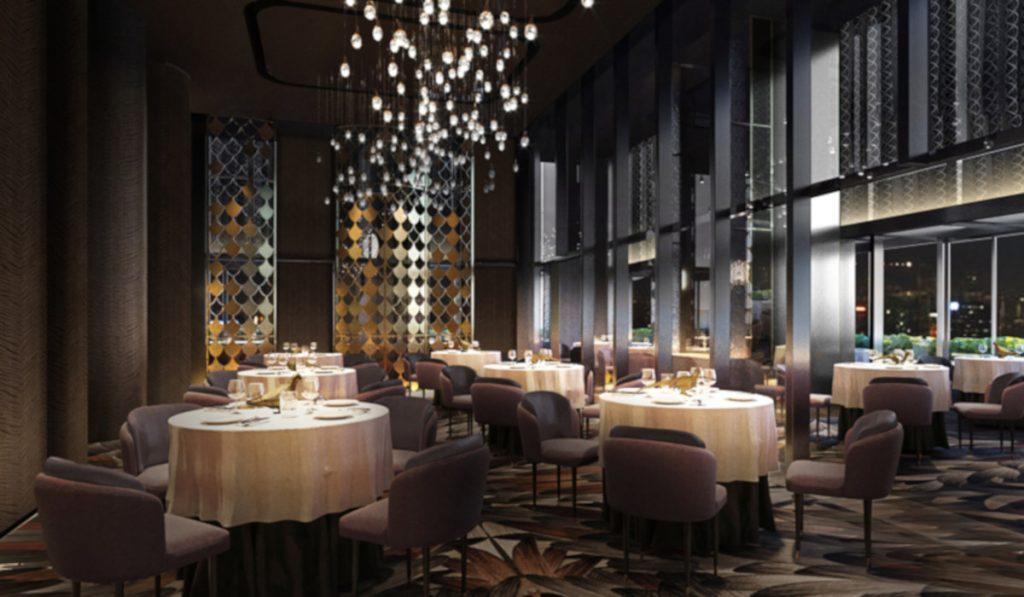 Not recommended for the faint of heart, Saint Pierre takes customers on an odyssey through the classic and Avant-garde horror movies of lore with their seasonal Halloween menu, made in conjunction with Glenmorangie single malt Scotch whisky.

A specifically curated feast only open to the public on Hallow’s Eve, the devil really is in the details with Chef Emmanuel Stroobant’s 6-course menu, paired seamlessly with the positively ghoulish spirit of Glenmorangie. The night begins with literal quiet aplomb with ‘The Silence of The Lambs’ featuring osietra caviar, smoked salmon, bonito and leek before creeping into the second course, ‘IT’, with carabineros prawn, beetroot and fermented milk accompanied by Glenmorangie Lasanta.

The Silence of The Lambs

It may be hard to follow a cult classic remade such as IT, but Saint Pierre does so beautifully with a combination of monkfish, squid ink and Jerusalem artichoke artfully named ‘The Ring’, with a splash of Glenmorangie Quinta Ruban on the side. The fourth course of foie gras, apple and red berry earn its title of ‘Voodoo Rising’ which is presently followed by ‘The Farm’ with duck, endive, blood orange with extremely rare 18-year old Glenmorangie.

The six-course menu ends on a high note, unlike its namesakes, with ‘I Baked Him A Cake’ featuring an indulgent cake with li chu dark chocolate, pumpkin spice and coffee, paired with Glenmorangie Signet. This macabre affair is available for at RM 666 per person at the W Kuala Lumpur, and we suggest calling ahead of time to confirm reservations. So, hold tight to your faith and don’t let them know you’re afraid, because once dinner is over, who knows where the night could lead you.

I Baked Him A Cake