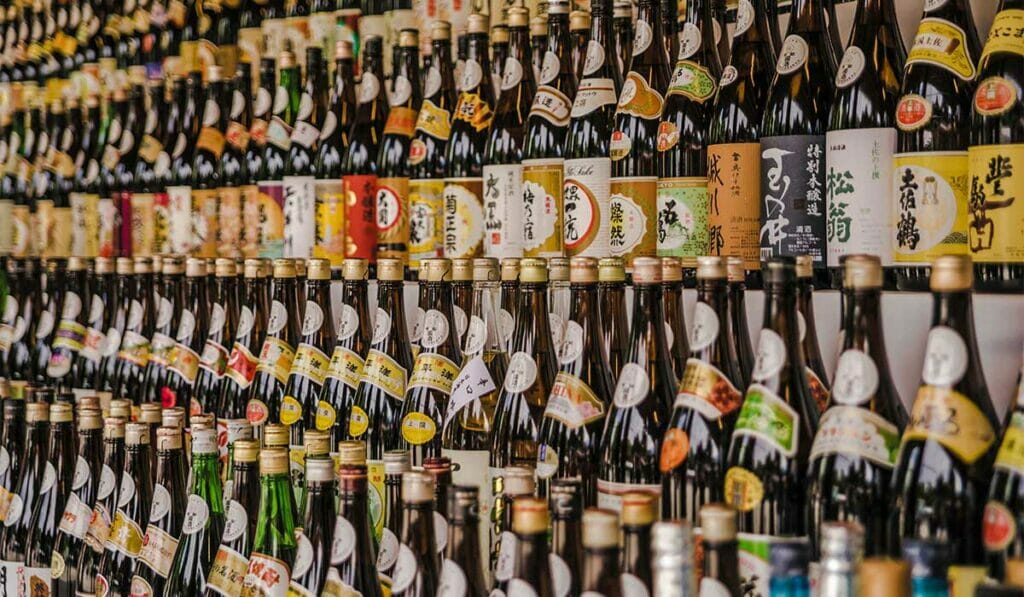 Just as it is not unusual to open a bottle of First Growth at a Japanese restaurant these days, it is no taboo to be sipping sake while enjoying tapas or even a bowl of yong tau fu. And why not? Sake’s versatility gives one very little reason to dislike it. Made from fermented rice, water and a live culture called koji, the liquor – usually with an alcohol content of 15 to 20 per cent – was first brewed in the seventh century as a drink reserved for Shinto gods. These days you can pick up a bottle of decent-quality sake at your neighbourhood supermarket.

The taste is just as accessible. While most other libations are a bit of an acquired taste – admit it, you didn’t understand what the deal was with “chewy tannins” when you first started drinking wine – sake is easy on the palate even for the novice. With a delicate fragrance, subtly sweet flavour, soft acidity and smooth texture, sake is unintimidating as the girl next door – albeit one with a lot more complexity than meets the eye.

Unlike wine which is classified by grape varietals, sake is categorised by the degree to which the grains used are milled. “There are six main categories of sake according to the milling percentages, irrespective of the rice varietal used in the making of sake,” shares Andrew Tan, founder of Japanese furniture and lifestyle brand Atomi and sake aficionado. He refers to the Seimaibuai (精米歩合), otherwise known as rice milling. Sake made from grains where 50 per cent or more of the original grain is polished away, is classified as “Daiginjo” (大吟醸), while those of more than 40 per cent is called “Ginjo” (吟醸). Simply put, the higher the degree of polish, the higher the grade of the sake. This is due to the fact that the fermentable starches are in the core of the rice grain – milling away the exterior thus leaves the pure starch, or what some consider the essence of the grain, behind. “In the relentless pursuit of brewing the best sake, many sake brewers spare no expense in milling away as much as 77 per cent of the rice, leaving only the core 23 per cent remaining,” reveals Tan.

Another frequently used term for labelling sake is “Junmai” (純米), which means “pure rice”. This is opposed to honjozo (本醸造酒) sake which is made with the addition of distilled alcohol. A daiginjo sake made with only rice, koji and water would be labelled as “Junmai Daiginjo”, while one with added alcohol will be labelled only as “Daiginjo”. “While some sake enthusiasts may disagree, it is almost impossible to distinguish sake that has a bit of distilled alcohol in it, and one that does not,” opines Tan.

“I think a higher degree of polish does makes for a more refined flavour profile. However, that is not the only factor. The keys factors also include rice variety (more than 100 varieties are used by sake brewers) used, brewing techniques and storage management after bottling,” says Jake Norman, the manager and sake sommelier at Les Amis Groups’ modern Japanese restaurant Jinjo.

“Yamadanishiki is the king of rice. It is expensive, limited in stock, difficult to grow, and has a flavour which is more elegant and smoother than most. Sake made from this rice is well balanced and highly sought after,” he shares. And if you thought sake-making is just about fermentation, Norman reveals that there are hundreds of different combinations of brewing techniques employed: “But in my opinion, the Yamahai (山廃) technique is special. It is a costly and risky technique where the water, rice and koji is left to sit naturally (without the addition of lactic acid to optimise yeast propagation).” The result are more acidic sakes with a flavour that many have describe as “wild”.

Another commonly found term on a sake bottles is Sake Meter Value, Nihonshu-do (日本酒度). “This is a measurement unit on the sweetness level of a sake, with a value of zero indicating a neutral taste, a negative SMV indicating a sweet sake, and a positive value indicating a dry sake,” says Tan.

By now, you should be able to decipher the label and make a sophisticated choice when you want to impress your client – but do you have a sophisticated palate for sake? Just what makes a sake a goodsake? “I decide if a sake is good or not by assessing its aroma, lightness, depth, richness, and afterglow,” says Norman. While sakes generally have a neutral or sweet aroma, watch those with too much acidity on the nose. “A sourish and strong pungent smell similar to vinegar may indicate that the sake has gone bad. However, this may not apply for some aged sake that naturally carry such notes,” says Norman. He also seeks a refreshing quality, and richness and depth in flavour and body: “The more desirable profiles tend to be fruity, creamy and well balanced – neither too light or too heavy, nor too sweet or too dry. But what is desirable largely depends on the individual palette.” The enigmatic “afterglow” refers to two things, says Norman: “One refers to the glowing radiance that some sakes bring to the skin, mostly in ladies; another is the pleasant aftertaste sometimes expressed as a hard-to-describe creaminess, silkiness, or elegance.”

While Norman feels that you can absolutely not go wrong with matching any sake with Japanese food, there are certain taste profiles that suit specific foods better. For example, the Jinjo Private Label sake which has a light, sweeter and smooth finish, is brewed specially to pair with smoky char-grilled items. But he is also the first to say that there are no hard and fast rule for sake and food pairing. “I am beginning to explore matching sake with local foods – and am really liking it!” enthuses Norman, whose most recent successful matches include roti prata and even fish curry.