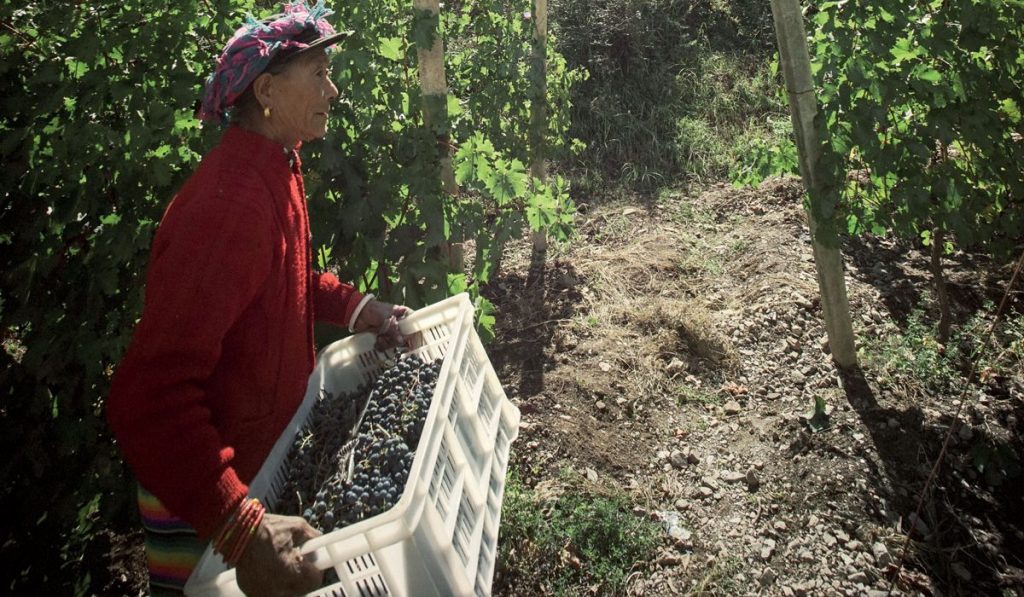 A bulldozer ploughed through a narrow street, shearing off a chunk of Maxence Dulouâ€™s two-storey house in the process. The vehicle was en route to combat a hungry fire sweeping Shangri-la, the town where Dulou and his wife had just taken up residence.

There was no alternative; the Chinese firefightersâ€™ access to water was restricted.

It was a cold January and the underground water pipes â€“ laid to deal with such catastrophes â€“ had been emptied by the authorities, for fear that they would burst from being frozen. The bulldozer, with its ability to create a â€œbreakâ€ in the flammable homes, was the only effective tool left.

FIRE MOUNTAIN The Shangri-la fire of 2014 razed more than half of the old town.

Things work differently in China, the Bordelais winemaker reflects, as he recounted surveying the wreckage.

It is at this point that a lesser man might have regretted his decision to leave a cushy job in Bordeaux as winemaker ofÂ LVMH-owned Chateau Quinault, in Saint Emilion. Dulou was there for eight years, learning the tricks of the trade from the team behind the legendary Cheval Blanc. Why give that up to head Ao Yun, then an unknown label from mountainous Yunnan, China?

â€œIt is every winemakerâ€™s dream to create something thatâ€™s never been done before. Something that will be remembered,â€ explains Dulou, whoâ€™s now in Singapore to promote Ao Yunâ€™s second release, the 2014 vintage. Heâ€™s leaning so far forward in his chair that I can almost feel the conviction and excitement emanating from him. â€œItâ€™s one big adventure.â€

The clarion call to establish LVMHâ€™s next wine frontier came in 2012. Revered wine scientist Tony Jordan had just concluded an arduous four-year search across China for terroir that would be ideal for producing world-class red.

THE GRAPE TRAVELLER Dulou had stints at wineries in South Africa and Chile.

â€œ(Northern) China would have been too warm in summer, so youâ€™d lose a lot of freshness and acidity, which in turn reduces the wineâ€™s elegance. Youâ€™d also lose a lot of quality when you bury the vines in winter,â€ explains Dulou. â€œIn the south, summer is too wet, so instead of ripening and producing tannins and phenolic components, (the grapes) are going to grow, so you have poor colour and structure. Theyâ€™ll also be prone to a lot of diseases, which means they canâ€™t be managed organically.â€

Jordanâ€™s â€œgrailâ€ came in the form of four farming villages in south-western Yunnan, thanks to ample elevation and mountainous surroundings. Moet Hennessy took out leases in all four. The stage was now set for Dulou to take the reins, although he was indecisive when the opportunity came.

BRANCHING OUT Cabernet sauvignon is the Ao Yun mainstay, but merlot and petit verdot are on the way.

â€œIt was a dream job; I wanted to create, and at Saint Emilion everything was already done. But during our first visit to Yunnan, I got a little sick from the altitude and so hesitated. But my wife, who is very adventurous, pushed me (to take the post),â€ he says with a laugh.

Befitting the remarkable altitudes involved, the project was named Ao Yun, which loosely translates to â€œwandering the cloudsâ€.

As Dulou was about to find out, that romantic setting would come at a cost. Getting hardware, stable electricity and a reliable water supply up to the remote villages proved â€œa logistics nightmareâ€.

Even now, electricity may get cut at the winery situated at Adong, the highest of the four villages. A standalone power generator had to be hauled up hours of mountain road, to ensure expensive machinery didnâ€™t fail mid-task.

Dulou, however, finds that the most meaningful adaptations have been his reaching an understanding with the Tibetan farmers, who form the bulk of the operation. â€œThere are some periods when it is difficult to get people in the vineyards,â€ he says. â€œFor example, if somebody passes away, the whole village will not come to work for two days. You need to know this (about them).â€

THE BEST WORKERS The grapes are harvested solely by hand, by veteran farmers.

To complicate matters, a good proportion of the workforce absents itself from May to August, as highly lucrative harvests of Himalayan truffle, matsutake mushroom and cordyceps come into season. He adds: â€œWe respect that too. We just make sure that at least one person from each family stays with the vineyard so we have enough manpower for important operations.â€

Yet there are many boons to working with a populace for whom farming is more than a career path, but an entire way of life. He says: â€œIn French vineyards, you will have many students learning viticulture. Here, the farmers are already connected with the land, the animals. There is a virtuous cycle; they donâ€™t buy compost as they make their own, and when they pluck unuseable vines, they feed it to the animals instead of throwing it away.â€

His first order of business was to switch the farmers from their â€œsell-by-kilogramâ€ mindset to one that prioritised the quality of grapes. â€œThey understood very quickly because they are such good farmers.â€

The elephant in the room, of course, is how Ao Yun can overcome the less-than-lukewarm attitudes of wine cognoscenti towards a nascent wine region. Dulou is the first to admit that it will be a long road, but not one that is hard to undertake. â€œWe have, of course, many sceptics. But what we do is to fly them over and let them see the process and taste (the wine) for themselves. And then they become our best ambassadors.â€

The first of such converts was respected British wine critic Jancis Robinson, who tasted some lots before they were even bottled. She went on to write: â€œWhat I was tasting were wines most influenced by the pure vineyard characters. They were fully ripe but extremely well balanced with real, confident, unique personalities of their own.â€

Post-interview, at the tasting of the 2014 vintage, Dulou earns his next fans. Sounds of approval and earnest smacking of lips fill the room as we savour the elegant blend that is 90 per cent cabernet sauvignon and 10 per cent cabernet franc. Reserved minerality and soft, rounded tannins let smoky notes of banana linger on the tongue; an exquisitely long finish one would ascribe to a top-quality wine. The 91- to 94-point Ao Yun 2013 has a worthy successor.

DEVIL IN THE DETAILS To maximise yield and quality, the land is broken up into small individual plots â€“ as indicated in this convoluted map.

â€œTashi delek,â€ I say to Dulou when itâ€™s time to leave, a Tibetan phrase he taught me earlier. It means â€œgood luckâ€. But as I watch him exchange sincere farewells with the departing crowd, a tired but fulfilled craftsman eager to create history, I decide he may not need much luck at all.

These reservations are often aired by those new to Ao Yun.

IS THE WINE TOO EXPENSIVE?
Last yearâ€™s vintage cost upwards of $300 â€“ yet producing Ao Yun takes four times the man hours as top French labels, Chateau dâ€™Yquem included. Harvesting and tending is done entirely by hand, and the vineyards are 100 per cent organic. The project is, in fact, not going to turn a profit for a while.

CAN SUCH YOUNG VINEYARDS PRODUCE GOOD GRAPES?
Half of the 30ha had actually been planted in the early 2000s, long before any LVMH involvement. The land was thus already yielding good grapes.

DOES THE NAME MEAN â€˜OLYMPICSâ€™?
It means â€œroaming (among) the cloudsâ€. The Romanisation of the Chinese name æ•–äº‘ into â€œAo Yunâ€ introduces a lot of ambiguity as it can be pronounced in many ways, and hence misconstrued. Two of the most commonly botched interpretations are â€œproud cloudâ€ and â€œOlympicsâ€.