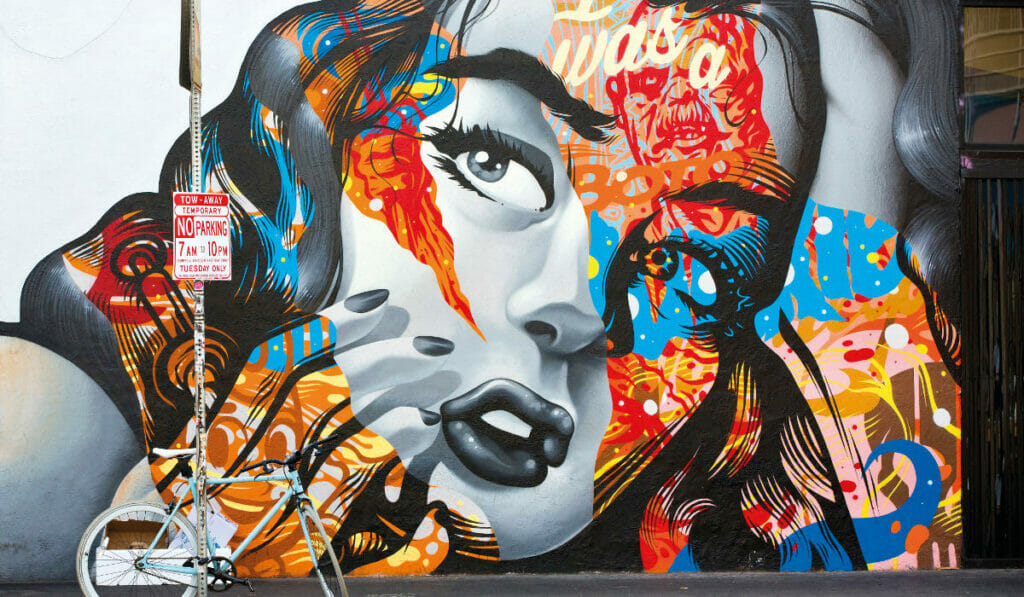 Fancy a Sirachelada ale that’s brewed with hot sauce, tomato juice and Worcestershire sauce? Served in a sea salt-rimmed glass, it’s a surprisingly delicious spin on the Latin American michelada, itself a variation of the classic Bloody Mary. Or how about an Avocado Ale, with the hipster fruit imparting a smooth, creamy finish to crisp beer?

These whimsical creations are just two of the some 30 craft beers available at Angel City Brewery, located in the ArtDistrict of Los Angeles. Once a desolate jumble of abandoned warehouses, vibrant street art today adorns the brick walls of these buildings housing numerous studios and galleries. Upscale tenants include modern luxury American brand Shinola and influential art gallery Hauser Wirth & Schimmel, lending a touch of glitz to these gritty-glam environs.

“About 15 years ago, people started doing punk rock shows in the area and then the artists came,” says Steven Scott, assistant general manager of Wurstkuche, an artisanal sausage joint located a few minutes walk from Angel City, on the edgy community that has fuelled the growth of this hotspot known for eclectic gourmet food.

The turning point came a few years ago when a slew of craft breweries like Angel City, which hosts food trucks offering creative fare such as Korean burritos or bison burgers on its premises, breathed new life into the old industrial buildings.

Over at Wurstkuche, servers sporting plaid shirts and painstakingly groomed man buns serve up unique combinations such as rattlesnake & rabbit (it tastes like lobster) and pheasant with herbs. The owners wanted to replicate the concept of a German sausage stand, says Scott, but “they also wanted to make it LA”. Hence the exotic recipes, as well as the installation of a DJ booth, which keeps the craft beer-fuelled party going well into the wee hours.

While Los Angeles is known for many things, it is often underrated as a culinary destination, especially in comparison with New York, San Francisco and Chicago. But its edgy cuisine, which draws on a wide range of global influences in a reflection of its dynamic, hyper-mobile population, makes the city a destination for foodies eager for a taste of the cutting edge.

The Grand Central Market in downtown LA, a 100-yearold landmark, houses a variety of creative LA cuisine. Here, 37 vendors serve a variety of traditional nosh, such as Sarita’s Pupuseria for classic Salvadorean specialities, as well as new wave stalls with trendy fare like vegan ramen at Ramen Hood and the award-winning almond milk latte at G&B Coffee. The queue for an elevated breakfast bun from Eggslut is worth braving; it has done for the humble egg what In-N-Out has done for the fast food burger.

The nearby contemporary art museum The Broad provides food of another kind. Built by philanthropists Eli and Edythe Broad, the architectural masterpiece designed by Diller Scofidio + Renfro houses nearly 2,000 works of art by contemporary greats including Roy Lichtenstein, Takashi Murakami and Jean-Michel Basquiat.

Just across the road is the Frank Gehry-designed Walt Disney Concert Hall, an acoustically sophisticated wonder that is almost certainly one of the world’s most visually stunning concert halls, with soaring steel panels that glitter in the sunlight. A feast for the eyes, certainly, for designphiles.

BIG NIGHT OUT IN BOHEMIAN VENICE

At Abbot Kinney Boulevard in the exclusive neighbourhood of Venice, small restaurants and bars, as well as indie boutiques and art galleries, dot what has been dubbed the ‘coolest block in America’.

Wunderkind chef Casey Lane has an omakase tasting menu at The Tasting Kitchen, which features modern Californian cuisine and made-with-love pastas. “In LA, (chefs) are really expressing themselves and their views and what they want people to understand about the way they see food,” said Lane in a Los Angeles Times article.

On any given evening, the sharing plates feature the freshest local fare such as tender mussels in a creamy saffron broth, farm-fresh salads dressed with bright, mouth-watering dressings and perfectly charred medium-rare steak. And the pastas – springy fusilli tossed in tomato jus and oil-cured olives, as well as decadent chanterelle and sage tagliatelle – would make an Italian grandmother proud.

While the atmosphere at The Tasting Kitchen is by no means stuffy, MTN is all about casual-chic. The izakaya by James Beard-nominated chef Travis Lett, the brains behind Gjelina, another much-loved Abbot Kinney restaurant, rolls out a So-Cal inspired menu that includes shiitake gyoza, grilled Monterey Bay squid and sake-marinated Jidori chicken.

Just down the road is cocktail bar Neighbor, with a backyard to admire the nightscape and sip on a Venice Queen made with smokey mezcal, an artisanal spirit from neighbouring Mexico that’s all the rage right now. With tastebuds tingling from the unique fusion of flavours that Angelenos revel in, it is only fitting to take a moment to make a silent toast to this dazzling city of lights.