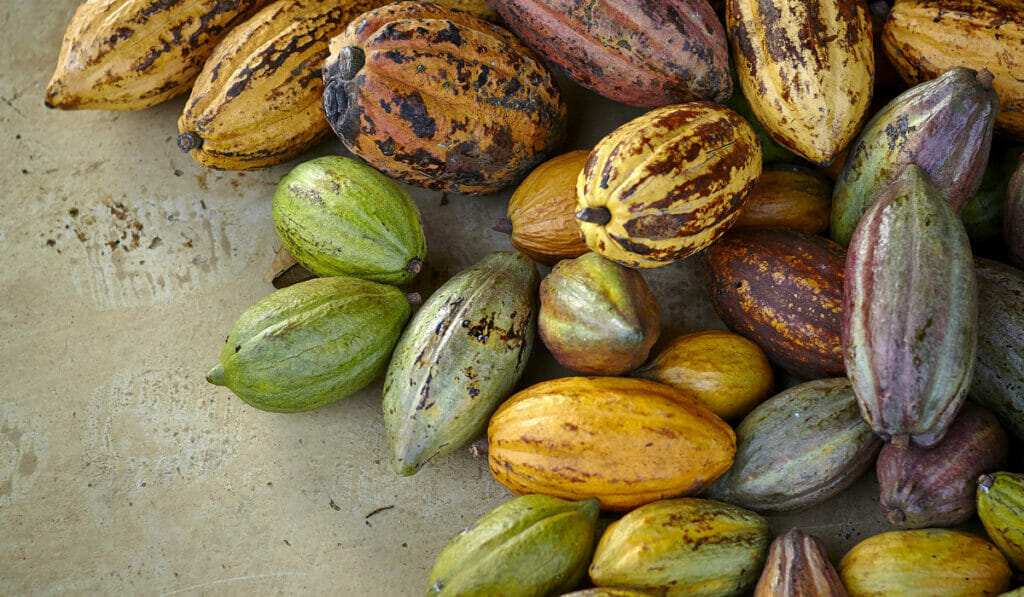 Fundamentally, when you think about an ingredient, what is it that determines its worth? Price is, of course, dictated by the economy of demand and supply; but what itâ€™s worth is measured in less tangible factors. Logically, it is the flavours it brings to the dish and, of course, the level of difficulty in obtaining said ingredient that should be the only things to consider. In Malaysia, however, there is yet another element that contributes to what makes an ingredient â€˜desirableâ€™ and that, unfortunately, is whether or not it is imported.

Take fish, for example: there is undoubtedly a bias for salmon and cod that has been air-flown into the country as compared to the local varieties of fish. Darren Teoh of Dewakan puts it this way: â€œSalmon takes about four days to reach our shores but, somehow, when youâ€™re at a Chinese restaurant and the fish they used hasnâ€™t just died 30 seconds ago, you get upset. Thatâ€™s double standards!â€ He continues: â€œI donâ€™t deny that there is good salmon or cod that comes from abroad but what I want to challenge is that why donâ€™t the masses invest in, believe in or pay (a premium) for something that is local?â€

Never has this partiality for imported goods been more apparent than when you look at chocolates. Ong Ning Geng, the founder of Chocolate Concierge, asks: â€œWhy do most people think that for chocolate to be good, it has to be made in European countries when, in fact, they have no access to cocoa in their lands?â€ In 1990, Malaysia was the third largest producer of cocoa in the world; today, we are still in the top 10. What this means is that, unlike imported fish or grains (quinoa, weâ€™re looking at you), for chocolate, the consumer is actually â€œpaying for a round-trip; paying for the cocoa to be imported from the tropics to Europe, and then back to our shores.â€

Through this photo series, The Peak aims to highlight what it means to champion local ingredients as demonstrated by Teoh and Ong. We follow one ingredient â€“ the cocoa bean â€“ as it makes its way, quite literally, from farm to table, and how it transforms from a fruit of the earth into a product of human ingenuity. And the best part of it all is, it is entirely homegrown.

As a chocolatier, Ong has been obsessed with finding good chocolate for the longest time. Having had his first taste of the chocolate industry when he was involved in supplying European-made chocolates to pastry chefs in Malaysia, Ong muses that â€œthe funny thing is cocoa had already been introduced in Malaysia since colonial times, 50 or 60 years go; we even have a national cocoa board.â€ So, he asks the question: â€œWhy canâ€™t we have Malaysian chocolate made from local cocoa beans?â€

His first instinct was to look for the other Malaysian farmers planting cocoa and buy the beans off them. However, â€œMalaysian farmers are not incentivised to plant cocoa based on flavour. Instead, the species are selected based on yield and, in some cases, resistance (to diseases and bugs). But, being a chocolate maker myself, I wanted flavour!â€ And so, Ong bought himself a farm in Raub, Pahang, to experiment with a wide variety of cocoa species. â€œItâ€™s a lot like durians, where the different species or varieties of cocoa have entirely different flavours.â€

Interestingly enough, during the process of hiring farm hands, Ong got to know the local orang asli community and, when he visited their families, realised that they had numerous cocoa plants scattered around their village. Apparently, the children of these aboriginal people love eating the cocoa flesh (which, according to Teoh, tastes like a cross between soursop and mangosteen) and, when they haphazardly discard the seeds, the plant sprouts. As a result of this, Ong is also able to buy these wild cocoa beans from the orang asli, which he then makes into small batch chocolate bars credited to the clans he gets the beans from â€“ Temuan and Semai.

The goal, Ong says, is to display the range of chocolate that can be made when you have full control of all the variables. â€œThey (European chocolatiers) canâ€™t control a lot of factors about the produce they receive. Having my own farm and access to different varieties of cocoa lets me experiment. Do we sprout the beans, how long should it be fermented, in what conditions is it fermented, are the beans roasted? There are just so many permutations of chocolate that can be tweaked throughout the process.â€

More information about Dewakan can be found at dewakan.my. You can find out more about Chocolate Concierge at chocconcierge.com