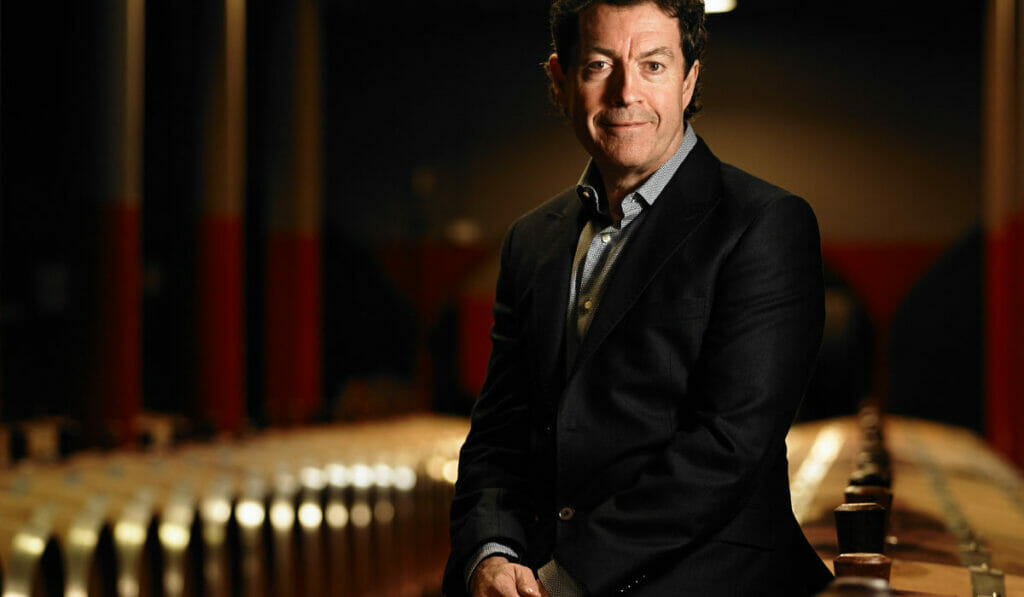 On a recent balmy Tuesday morning, a group of distinguished guests, oenophiles and members of the media from near and far converged at the impressive Capella Singapore hotel in Singaporeâ€™s premier island resort in anticipation of Penfoldsâ€™ famous re-corking clinic led by the wineryâ€™s Chief Winemaker Peter Gago and Senior Red Winemaker Stephanie Dutton. One of Australiaâ€™s best-known and most respected winemakers, Penfoldsâ€™ beginnings can be traced back to 1844 when English medical practitioner Christopher Rawson Penfold and his wife Mary decided to establish a vineyard at the Magill Estate just eight years after the colony of South Australia was founded.

Held for a second time in the Lion City, the re-corking clinic not only offers Penfolds aficionados a chance to assess their precious red wines aged 15 years and over, but also serves as a golden opportunity to deepen oneâ€™s knowledge of the wonders of wine. Since it was first launched in 1991, these re-corking clinics have travelled across continents, with over 130,000 bottles being brought in to be evaluated by the passionate winemakers who continue to embody the spirit of Penfolds. The origins of this impressive service began with Penfoldsâ€™ first Chief Winemaker, the pioneering Australian winemaker Max Schubert. As the creator of the incredible Grange Hermitage, Schubert was said to have first introduced the concept by offering to recork old vintages of Grange for his friends.

Barely 24 hours earlier, Gago had just settled in at Singaporeâ€™s famous Marina Bay, where he met up with journalists at a private room in the JW Marriott Hotel Singapore South Beach. Here, Gago unveiled a delicious MASTER CLASS surprise in the form of an innocuous looking bottle bearing the label 1962 Bin 68. Released the same year as the Cuban Missile Crisis, the 1962 Bin 68 is often regarded as one of the greatest wines ever made, with a single bottle of this rare vintage yielding a handsome AUSD10,000 reward under the hammer. â€œItâ€™s one of the rarest wines in the world as only 425 cases were ever made. This bottle alone could effortlessly go for at least 100 years, and weâ€™re fortunate to be able to sample it during tomorrowâ€™s re-corking clinic.â€

Asked what first-timers could look forward to during the experience, Gago said: â€œI would describe it as the ultimate aftersales service. Weâ€™ve gone almost everywhere in the world to repair wines for free, and weâ€™ve been doing this for 26 years. Weâ€™ve had tens of thousands participants over the years, which has resulted in a rich tapestry of stories. This includes undiscovered bottles from the 1940s and 50s that we didnâ€™t even know existed. For some of our customers, these bottles are regarded as family heirlooms and, so, weâ€™re helping people who support us by looking after their investment.â€

According to Gago: â€œWeâ€™ve seen massive interest from people from all walks of life, which includes those who are into wine as well as those who are not. This industry is not as threatening as it used to be, and weâ€™re trying to spread the word.â€ During these recorking clinics, each bottle is evaluated individually by trained winemakers using a stringent and rigorous process that serves to assess the quality and maturity of the wine. If a vintage is deemed to be in a sound condition, the bottle will then be topped up with the most recent vintage before being re-corked and re-capped. To ensure that everything is in order, each certified bottle is also bestowed with a certificate that will be recorded in the Penfolds archive.

To this, he was quick to add: â€œAt the clinics, we only re-cork wines that need the service. This is only as a last resort because there is still an element of risk, which is why we have representatives from auction houses such as Christieâ€™s or Sothebyâ€™s in attendance to help keep an eye on the proceedings. Should a bottle of wine be not up to par, it doesnâ€™t get certified and receives a single white dot. But even those who receive white dots will usually leave happy because weâ€™ve just given them a reason to finish their wine.â€ With that in mind, perhaps it would be best to heed the words of the famous Welsh-born poet George Herbert: â€œThe wine in the bottle does not quench thirst.â€

PUT A CORK IN IT!

Key lessons from the re-corking clinic by Penfolds.

Prior to opening a bottle, the winemaker will use a special marker to observe the ullage, which is the headspace of air between the wine and the top of the container that holds it. While some oxygen is beneficial to the aging process of wine, excessive amounts can lead to oxidation and various other wine faults.