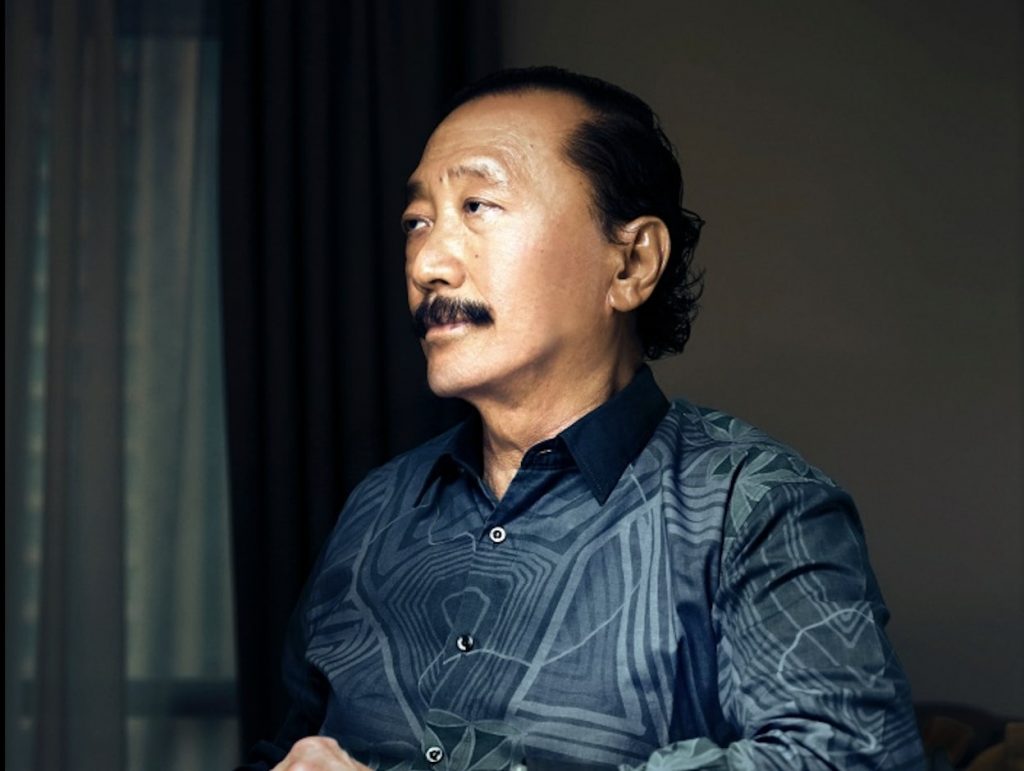 Berjaya’s Tan Sri Vincent Tan prepares to exit the corporate world with plenty of style. What does it mean to leave a lasting legacy behind? For most, it’s about putting...
Wednesday, June 30, 2021 By Ellfian Rahim

What does it mean to leave a lasting legacy behind? For most, it’s about putting a stamp on the future, and making a substantial contribution to future generations. People want to leave a legacy because they want to feel that their life mattered. This is perhaps the case with one of Malaysia’s most well-known corporate figures, Tan Sri Vincent Tan.

Tan, the founder of Berjaya Corporation, a Malaysian corporate behemoth that spans real estate, hotels, sports, telecommunications, education, gaming and many other industries, was born in 1952 in Batu Pahat, Johor. Growing up in a poor family, he graduated from secondary school and wanted to study law, but his parents could not afford to pay tuition. So, he ended up in the workforce instead, as a bank clerk and, later, an insurance agent at American International Assurance Company in 1973. At the latter job, he was promoted to senior sales manager within four years, at the tender age of 23.

One day, he read an article about the McDonald’s fast-food chain. He felt inspired by the idea of entrepreneurship and applied to own a franchise. He eventually opened the first McDonald’s outlet in Malaysia on Kuala Lumpur’s Jalan Bukit Bintang in 1980. He was only 29 at the time. He eventually held a 51% stake in the venture, and the success of the business generated enough wealth, motivating him to diversify into other ventures. Then, in 1982, he acquired a majority stake in Berjaya-Kawat, a steel company, and rebranded it as part of the Berjaya Corporation that we all know today.

The rest, as they say, is well-documented history. Over the decades, the Berjaya Group has expanded to various property development and investment. It entered into numerous joint ventures in countries such as Vietnam, China, South Korea and Thailand to undertake various property, infrastructure, hotel and resort projects. The Group owns and operates a chain of 36 4- and 5-star hotels in Malaysia and overseas, totalling 5,878 rooms, of which Iceland accounts for 14 hotels totalling 1,471 rooms

Recently, Tan surprised corporate Malaysia with the appointment of Abdul Jalil Abdul Rasheed, the former CEO of the Malaysian government-linked investment arm, Permodalan Nasional Berhad, as the new CEO of Berjaya Corp, and says this will be the first step towards him taking a back seat in the corporate world.

Many, at first, wondered about the validity of this news. After all, family-owned businesses hardly see an outsider running the show as, most of the time, it is because the patriarch or matriarch, having built the business empire finds it difficult to let go. Studies also show that self-made entrepreneurs generally do not have much faith that their successors will do as good a job as they have.

This, however, isn’t the first time that Tan had announced his retirement. Back in February 2012, after he turned 60, Tan relinquished his position to his eldest son, Datuk Sri Robin Tan Yeong Ching. But, in an about-turn, Tan came back to helm Berjaya Corp in November 2017. “There’s a big difference now. I am 69 years old now and, next year, I will be 70. I think that’s enough. I have been working since I was 17 years old and I have been working non-stop for over 50 years now,” he says.

On his return to the company in 2017, Tan felt that he had looked at many business opportunities for the group during the five years he had been out of it and wanted to deliberate on the decision-making at the board level.

“To think that when I first chatted with Abdul Jalil, it was over football,” recalls Tan, a passionate football fan who also owns English Football League side Cardiff City, Belgian club KV Kortrijk – where noted Malaysian footballer Luqman Hakim Shamsudin is now playing at – and Bosnian league side FK Sarajevo. “Here is a man who spends his free time studying how revenue and profits are made by football clubs, including details of transfer fees!”

Tan then reveals that this discourse over a pastime both were so passionate about eventually led to him receiving some sound advice from Abdul Jalil on what Berjaya Corp should do to enhance value, improve corporate governance, reorganise the businesses and put in a stricter governance framework.

“After all, Abdul Jalil had spent 17 years doing this in his previous roles and I was pleasantly impressed. He is a skilled fund manager, knows investor sentiments and how to allocate capital while being a clear strategic thinker. Most importantly, we share the same values in life, and he has displayed principles and integrity of the highest order. We need to keep talent like this in Malaysia and not lose them elsewhere. Abdul Jalil had many offers from overseas and was set to move with his family until I asked him to help reorganise Berjaya,” continues Tan.

With his appointment, Abdul Jalil makes history as the first group CEO from outside the Tan family and is set to relook Berjaya’s corporate structure, optimise financial and human resources, improve synergies and efficiency, enhance corporate governance and transparency, streamline the various group businesses to create and enhance shareholder value, and to transform the company into a high-performing organisation.

“I have been an entrepreneur the past few decades,” continues Tan. “The challenges brought by the current pandemic has definitely been tough for the group and me personally; it’s time we brought in an outside professional to manage the group and institutionalise the process.”

Tan also firmly believes that the company must be about collective individuals, and not just about him alone. Thus, he is confident that having a fresh pair of eyes in Abdul Jalil will be good for the group’s businesses too. “After all, I have run the company purely as an entrepreneur before, now it’s time for a proper manager to run the company,” he continues.

“It is my wish that none of my children are involved in the listed businesses, and let professional managers run it,” says Tan. “My children can start their own businesses as they already have. We need to have a clear demarcation of listed and private entities. I have shared my wish with my family and they have taken it well. They understand my intentions and what is best for them and Berjaya.”

Tan has also made it clear that should any of his family members still wish to be involved in management of the listed group, this must have the agreement of Abdul Jalil and the board of the listed company.

And as he nears his 70th birthday next year, the outspoken Tan Sri has again made fresh headlines recently by announcing that he will give away half his wealth to charity. “That’s right, this is definitely true – I have pledged to give half of my wealth to charity when I’m no longer around. After all, I am a signatory of the Giving Pledge – the campaign to encourage wealthy people to contribute the majority of their wealth to philanthropic causes that was started by American corporate figures and philanthropists Bill and Melinda Gates, and Warren Buffett,” reveals Tan.

He goes on to say that he hopes more wealthy Malaysians who have passed the age of 70 will consider giving away half of their wealth too in aid of the underprivileged and charitable causes, especially to help people own affordable homes and have a decent living.

“You see, I didn’t become rich because I invented something important for humanity,” Tan explains with a smile. “Instead, I was lucky to receive many opportunities. I think it is not wise to leave all your wealth to your family only when, after all, our accumulated material wealth is made possible with the support from Malaysians and the government’s concessions, along with licenses and other help by many people we encountered in our lifetime of wealth accumulation. Thus, it is only right that I give half of my wealth back to the people and this country. I think it is a wise and right thing to do.”

Now that he has taken a bit more of a back seat in the running of his business empire, Tan wants to focus on doing charity work, pointing out that he had been a big supporter of the Tzu Chi Foundation, an international humanitarian organisation based in Taiwan, and would like to devote more time to its cause.

“Certainly, one of the best decisions I have made in my life is becoming a vegetarian after meeting the Tzu Chi Foundation founder, Master Cheng Yen. Now, I feel physically healthier, mentally more alert and spiritually richer,” Tan says.

And, as he readies himself for a well-deserved break from the hectic corporate world, Tan has, perhaps, one final trick up his sleeve – the gift of affordable housing to the people living the towns and cities across the country. Tan explains: “One of Berjaya’s key businesses is that we are also a developer of homes. Over the years, I have learned that a lot of the other developers out there are not too keen on coming up with affordable housing projects. I also found out that a lot of people, especially those within the services sector – drivers, law enforcement personnel, kitchen crews, those in construction – have been renting all their lives while living in the cities or towns where their jobs are, some for more than 20 years, because buying a home is just beyond their means!”

Tan believes that, for most, securing a bank loan is certainly the main hurdle. So, now, perhaps as a farewell project before he calls it a day at the top, it is time for Berjaya to work with various Malaysian state governments in coming up with affordable urban housing developments.

“The Better Malaysia Foundation (formerly the Vincent Tan Foundation) has, in the last two years, been figuring out ways to tackle the affordability gap faced by B40 and B50 income group families. In most cases, we’ve found out that up to 60% of those eligible to purchase a housing unit fail to do so as they couldn’t get their bank loans approved,” reveals Tan.

He feels that the private sector should be prepared to sell affordable urban homes with a price range of between MYR200,000 to MYR300,000 for a 900 sq ft apartment in different towns and cities in Malaysia. “To this end, Berjaya has successfully designed and built two show unit as the first step towards this: a five- bedroom, four-bathroom 900 sq ft unit and a four- bedroom, three-bathroom unit of 750 sq ft. These are actually open for viewing at the Berjaya Times Square complex.”

Tan hopes that the initiative will generate enough interest from the government to buy into the project. “This price range is achievable, but only with the government’s support, in terms of charging lower land premiums and nominal development charges for affordable housing projects.”

In this regard, Tan urges the government to implement strategic initiatives for banks and financial institutions to provide 100% financing to B40 house buyers with two-generation home loans of between 40- and 60-year duration, so that loan repayments would be affordable and manageable to a wider spectrum of buyers.

He also adds that the government should also guarantee the home loans of B40 house buyers, so they can be offered a housing loan at a lower interest rate. “This way, I foresee more people and their families qualifying for such loans and, thus, more underprivileged families will have access to owning their own homes.”

Now, how about that for leaving a significant stamp on the future?