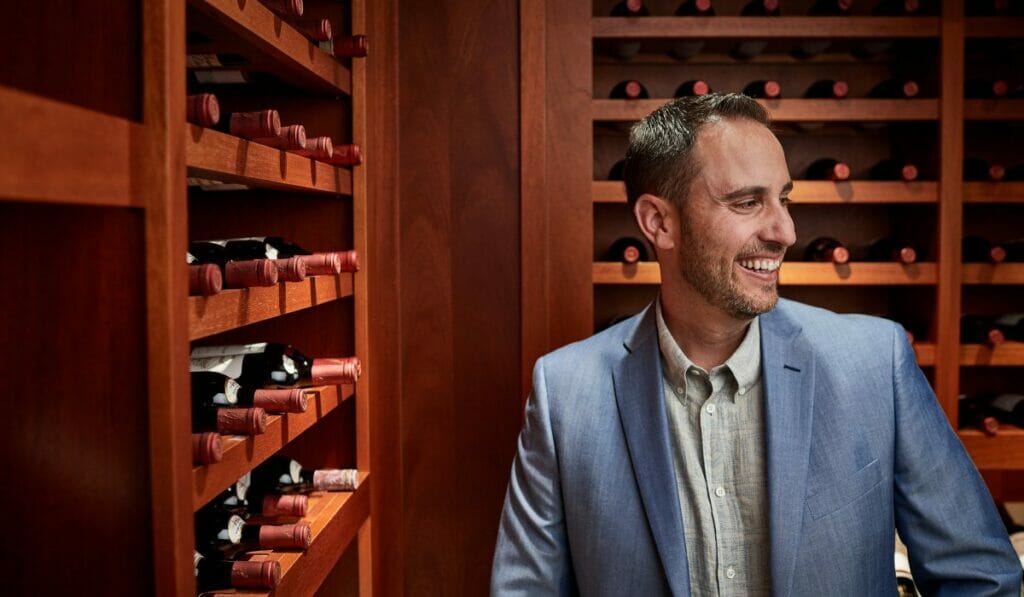 We speak to the chief winemaker of one of Napa Valley’s most historical wineries
Tuesday, December 29, 2020 By Weets Goh

While Napa has its share of cult wineries, few can boast the kind of history Beaulieu Vineyard (BV) has. Established in 1900 by Georges de Latour and his wife Fernande, BV was one of the pioneers in Napa to use imported, phylloxera-resistant rootstock as the disease ravaged vineyards all over California.

One of its winemakers was the legendary Andre Tchelistcheff – christened ‘the dean of American winemaking’ – who was responsible for establishing the powerful, fruit-forward styles that came to define some of the best Cabernet Sauvignons in California.

BV’s current and fifth chief winemaker is Trevor Durling, who, at just 37, is already entering his 18th vintage in the industry. We speak to the native Californian about embracing modernity, and new horizons for the winery.

The BV vineyards near Rutherford, California

What have been the biggest influences in your career?

I have been extremely fortunate to work alongside some truly brilliant people in this industry – including some of the world’s great winemakers, like Michel Rolland, Tom Rinaldi and Joel Aiken (one of my predecessors at Beaulieu). The most influential wine that I have tasted over the years coincidentally happens to be a bottle of 1968 Georges de Latour Private Reserve that I had while still an enology student at UC Davis. It not only left an indelible impression on me, but shaped my career path and the kind of wines I wanted to create.

What are your thoughts on changing consumer trends? How would you say your winemaking style differs from your predecessors?

Consumer trends will always change over time. Our vineyards are our greatest assets at Beaulieu and, in my opinion, the best wines are those which express the terroir in the purest and most elegant way. This has always been and will always be our primary focus. Although technology in viticulture and winemaking will continuously evolve, this foundation and expression of ‘Rutherford dust’ (which describes the soft, powdery tannins emblematic of the wines produced in this area, thanks to its microclimate and gravelly, loamy soil) will always be at the centre of Beaulieu wines. I’d say that my winemaking style is very similar to that of my predecessors; I just have different tools at my fingertips today.

BV has been continually investing in new technology. What has been one piece of equipment that you are using that really changed the way you view winemaking?

At Beaulieu Vineyard, we use traditional winemaking methods paired with modern, state-of-the-art technology to maximise wine quality. An example of this is using an optical sorter (a machine that uses an extremely fast camera to spot and remove sub-standard grapes) to ensure that only the best grapes make it into our fermentation tanks.

The winery has joined La Place de Bordeaux – what will BV stand to gain from this? What was behind the decision to join?

La Place de Bordeaux is an extremely important and historic network that will improve the distribution and awareness of our wine globally. This is very exciting and I am deeply honoured to be leading Beaulieu Vineyard at such an important and pivotal time – entering a new chapter of growth and relevance in today’s market and culture – while preserving our rich heritage and legacy. The recognition of our Georges de Latour Private Reserve Cabernet Sauvignon enhances its global standing as a foreign New World fine wine, celebrating the meticulous dedication of crafting wine from the Napa Valley.

Can you share a little about the clonal research BV is working on?

R&D surrounding clonal selection of Cabernet Sauvignon in the Napa Valley has been an important part of Beaulieu’s legacy since the early 1980s, when we first began collaborating with UC Davis on the subject. Since those earlier trials, we have added a few more into the mix at many of our estate vineyards along the Rutherford bench, perhaps most notably clone 169, which I have even started bottling limited amounts of on its own (sold only at the winery visitor centre). This is important because it helps us constantly adapt to the surrounding environment and stay on top of the best planting material to keep our beloved vineyards healthy, strong and delicious!

Will Cabernet Sauvignon always be king?

It certainly will in my book!