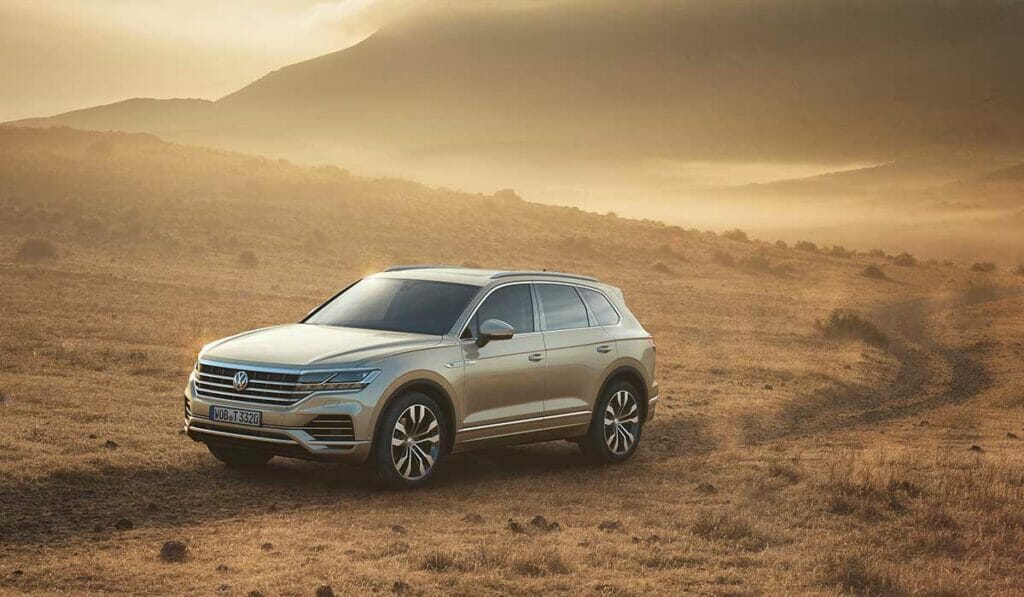 Volkswagenâ€™s birthed a new champion with its latest Touareg. The German automakers have ripped out all the stops to contest the intense premium SUV market. Itâ€™s come out ahead with a svelte, era-defining flagship thatâ€™ll nail the needs of even the most performance-hungry and adventurous drivers.

Cracking open the luxurious cabin of Volkswagenâ€™s most technologically advanced vehicle yet, youâ€™ll lay eyes on the drastically streamlined Innovision Cockpit, clearly aimed at empowering the helmsman of this new vessel. Take for instance the seamlessly inlaid 15-inch (38.1cm) infotainment screen, subtly angled towards the driver â€“ for who else should be calling the shots? A touchscreen of this size is unprecedented in the Volkswagen stable, and its press-hold-swipe functionalities are on par (and even ahead) of the competition.

Flush and to the west and is the 12.3-inch (31.2cm) Digital Cockpit, housing cutting-edge number-crunching tech, that makes your driverâ€™s experience a cinch. You donâ€™t have to glance down while pushing triple digits to get a read, though. The Touareg also boasts the largest projection head-up display (HUD) to date, funnelling all the most vital stats and navigation information in an easy-to-read virtual overlay. Thanks to digitisation, the rest of the cockpit is a decluttered affair, and highly intuitive.

The quality of a Volkswagen drive may be indubitable, but it hasnâ€™t stopped the engineers at Wolfsburg from packing the Touareg with as much performance and bleeding-edge utility before shipping.

New radar-facilitated driver assist systems such as the Traffic Jam Assist and City Emergency Brake come in clutch when, respectively, commuting on a busy highway and navigating todayâ€™s hectic city streets. The former lets you coast forward in heavy traffic without having to coddle the pedals; the latter intervenes when obstacles break into your path abruptly, ensuring the safety of everyone within and without the Touareg.

The car itself is a joy to pilot. The 3.0-litre V6 turbo kicks up the Touareg to 100kmh in no more than 5.9s, and delivers up to 450Nm of punchy torque at maximum. Coupled with the supreme control afforded by all-wheel steering and a customisable ride height, you have yourself an offroad-capable racehorse that doubles up as a reliable beast of burden should the need arise. Now that is what makes a leader of the pack.