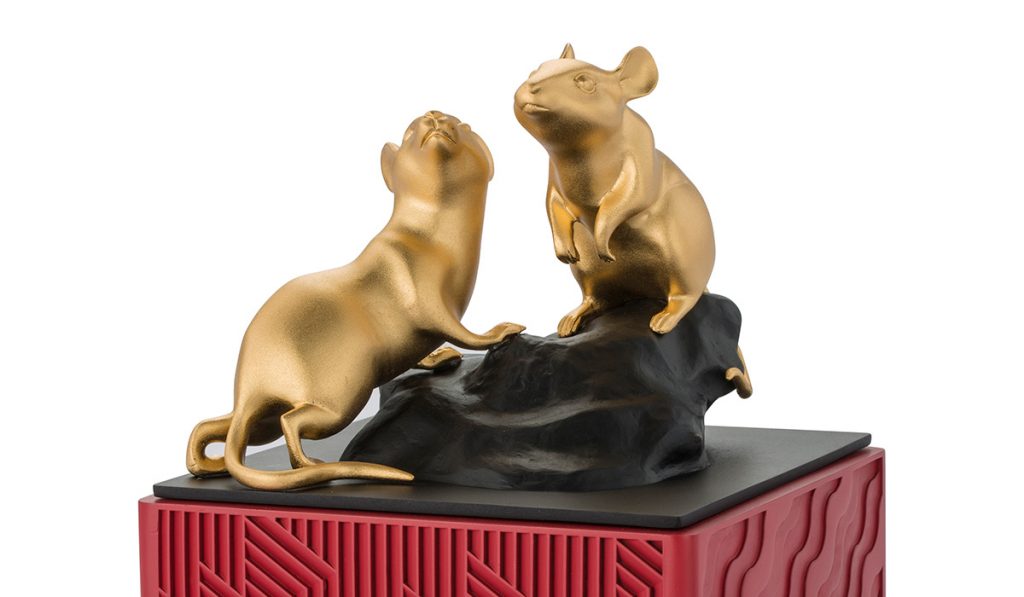 Though the rat is the smallest animal in the Chinese zodiac it plays a big role in ushering a new cycle for the entire calendar.
Wednesday, January 8, 2020 By Jx Chong

“Big things have small beginnings,” a famous phrase spoken by T.E. Lawrence in the classic film Lawrence of Arabia rings true as ever with Lunar New Year looming on the horizon.

As the Year of the Pig makes way for the arrival of the Year of the Rat, so begins a new cycle in the Chinese zodiac that ushers in new opportunities for flourishing relationships, careers and prosperity.

The story goes that theÂ rat won a special race organised by the Jade Emperor. It had been riding the Ox to cross a river. When they arrived at the finish line, it jumped down and landed ahead of Ox, becoming the first animal of the zodiac.

Those born during the Year of the Rat are said to be optimistic, adaptable with an amiable personality and intelligent. Itâ€™s a powerful combination that makes them successful in life.

Paying tribute to the humble rat, Royal Selangor has released a new Year of the Rat collection that will feature a variety of rodent-themed items that make a great gift for the coming Lunar New Year.

The highlight of the collection has to be theÂ Year of the Rat plaque, which comes embellished in 24K gold with a limited edition of only 1,000 worldwide.

The plaques depict a pair of rats take on an attentive expression, within a circular frame, signifying new opportunities for flourishing relationships, careers and prosperity in the year ahead.

The delicately patterned backdrop features the wave and water motifs on the hem of an imperial dragon robe, a subtle reference to the Jade Emperor who called for the Great Race that made the rat the first animal in the zodiac cycle. The combination of the circular form and the rectangular frame evokes the â€˜heaven and earthâ€™ symbolism in Chinese culture.

Apart from that, the collection also features a wealth bowl. It depicts a frieze of all 12 zodiac signs depicting the order in which each animal arrives in the race called by the Jade Emperor. The central medallion features the rat sculpted in low relief.

Completing the collection is a rodent-themed figurine and seal. As with the other items in this collection, the set makes a great gift for Chinese New Year.

View the Year of the Rat collection at any Royal Selangor retail store, authorised dealer and online.