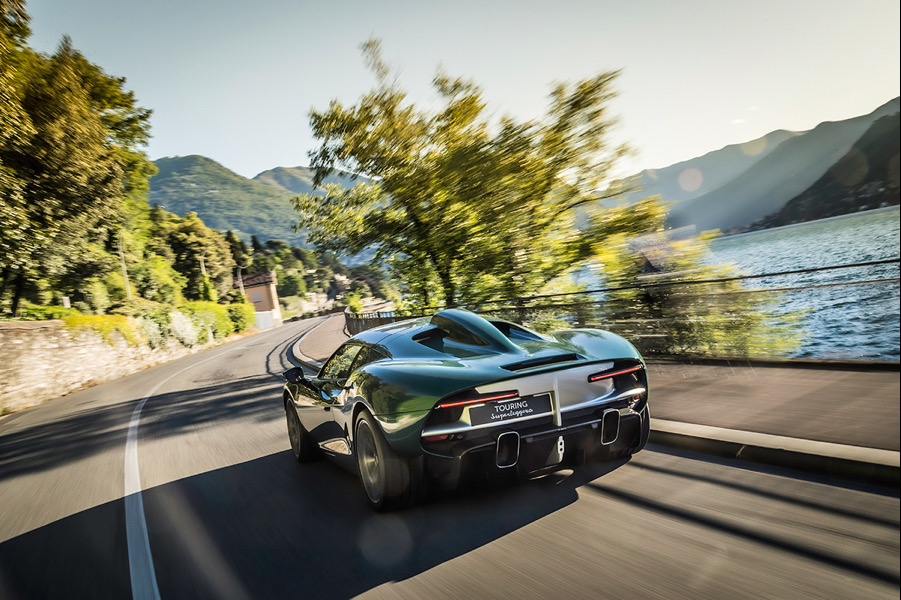 Are even Ferraris and Lamborghinis too ‘a dime a dozen’ to satisfy your highbrow and unique taste in automotive technology then? Well now, if that’s the case, then how about splurging on a set of wheels that screams out exclusivity and one-of-a kind, like the Arese RH95 supercar, instead?

Well now, you may just be in luck as Italian coachbuilder Touring Superleggera is celebrating its 95th birthday by unveiled the Arese RH95, a mid-engine, carbon-fibre supercar using the Ferrari F8 Tributo’s 710-hp V8 and its seven-speed dual-clutch gearbox.

The Arese RH95 – named after Touring’s base in the Arese suburb of Milan, Italy, is the third and latest model in Touring’s acclaimed ‘AERO’ range, which was inaugurated nine years ago with the Alfa Romeo 8C Competizione-based Disco Volante Coupe. Just eight of those were made, with a seven-car run of a Spyder version in 2016 followed by the AERO 3: the retro-inspired, Ferrari F12-based continent-crosser that debuted last year.

A release from the company revealed that the new car was born as a means to share its passion for traditional custom coachbuilding. It also stated that a first run of only eighteen units are expected, with deliveries beginning just one month after the official presentation, set to be at the London Salon Privé show in the U.K. come September.

The design house says this is its first car built with carbon fibre bodywork and its first midengined car. The company release also revealed that the Arese RH95 “expresses a touch of drama in all its features,” from the scissor doors to the bright aluminium side trim to the grille and front air nostril. “Every flank and panel offer a visual delicacy.”

Performance-wise, the Arese does the 0 – 100 km/h sprint in just three seconds flat and has a 330-km/h top speed. Touring Superleggera also says that each completed car will be “thoroughly tested and quality assured” before its owner takes delivery. And considering that every example is expected to cost future owners about US$300,000, the sort of thoroughness promised by the brand will undoubtedly be much appreciated, no doubt!

Such, we suppose, is the benefit of being a customer of an almost artisanal automotive manufacturer.