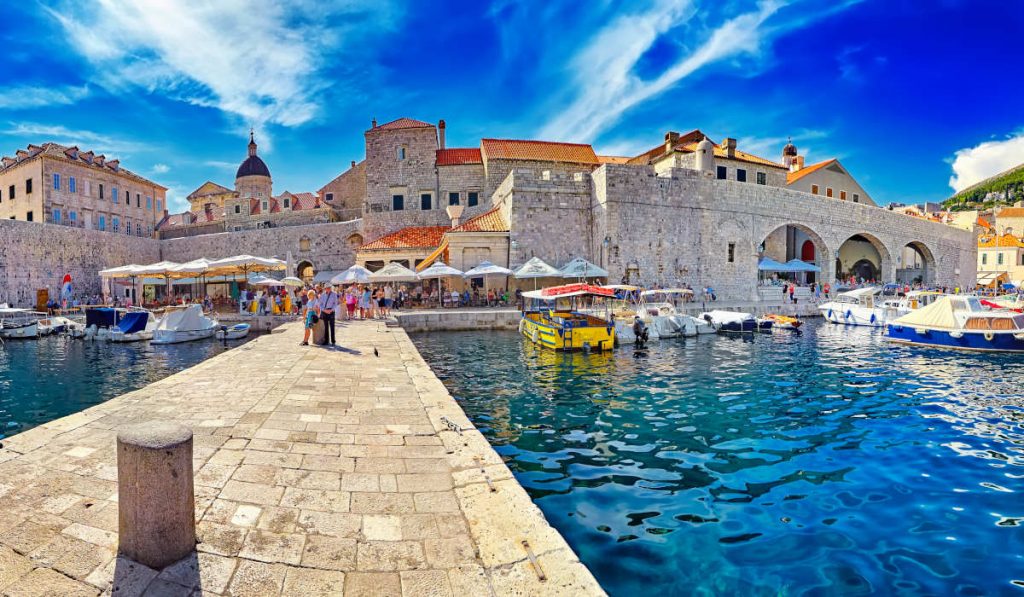 Exploring its gorgeous vistas and famous streets, Dubrovnik in Croatia has slowly turned into a tourist hot spot due to its natural charm, beautiful architecture and of course, its recurring role as Kings Landing on the famous series, Game of Thrones. Albeit hosting a destination renowned for its affinity for high octane politics, beheading’s and bloodshed on television, Dubrovnik is a hidden treasure unto itself. Here is a list of places to go, sights to see, and foods to eat in the Southern city of Croatia.

Proposing a marriage between the opulent and the historical, Villa Orsula is a hotel whose 5-star concierge service, views of the Adriatic Sea and proximity to the World Heritage site of Dubrovnik Old Town sets it apart as a one of a kind hotel experience. Hosting 13 individual rooms, inclusive of 2 suites with an interior decorated with contemporary surrealist artwork by Robert Matta and Victor Vasarely, the charm of the past is plated in a sophisticated and grandeur way that merely emphasises the beauty of Croatia. For a contemporary Mediterranean gastronomy adventure, pop by the Victoria Restaurant & Lounge bar, with Chef Robert Chavez at the helm.

Copious amounts of wine seem to be the staple of Game of Thrones and following suit, Dubrovnik hosts plenty of public and private wine tours that allow you to acquaint yourself with the city. From visiting the Ston Salt Works, where ancient methods are still used to separate salt from seawater to going Oyster tasting, and visiting wineries alongside getting to know the winemakers, and trying out the local delights such as prosciutto, olives and cheeses, a day of drinking, eating and being merry is certainly on the cards.

To Lokrum, with Love

For those island lovers who need a taste of salt, sand and sea on every holiday they embark on, then worry not as just a short 20-minute boat ride away from Dubrovnik is Lokrum Island. The scenic views alone would justify this day trip away from the city, however, the island boasts a myriad of activities as well. Drop by the Botanical Garden that hosts an impressive 800 species of plants and greenery from around the world and be wary for any peacocks that cross your path, or visit Fort Royal, which was built by the French Army and is also considered the highest point of the island. From finding the Cross of Triton, that was built to honour the lost soldiers in the Austrian War to kayaking around Lokrum, the world is your oyster.

Play for the Throne

A final yet remarkable tour point is, as referenced throughout the article, are the sites that were used in Dubrovnik that were used to film one of the world’s most outstanding drama series, Game of Thrones. Dubrovnik is a land of living culture and history so many of the sites that were used for filming are also tourist hot spots that are worth visiting, without the series’s affiliation. For a proper tour through Kings Landing you can opt for a guided tour or just walk through the city on your own, head to Fort Lovrijenac where a tournament was held on the name day of King Joffrey, or visit St. Dominika Street to relive the walk of shame by Cersei Lannister, and Pile Bay was once the ominous Blackwater Bay. A walk through the city will afford you a better recollection of the show than rewatching through the seasons might, as it is hard to forget the charm and beauty of Dubrovnik.