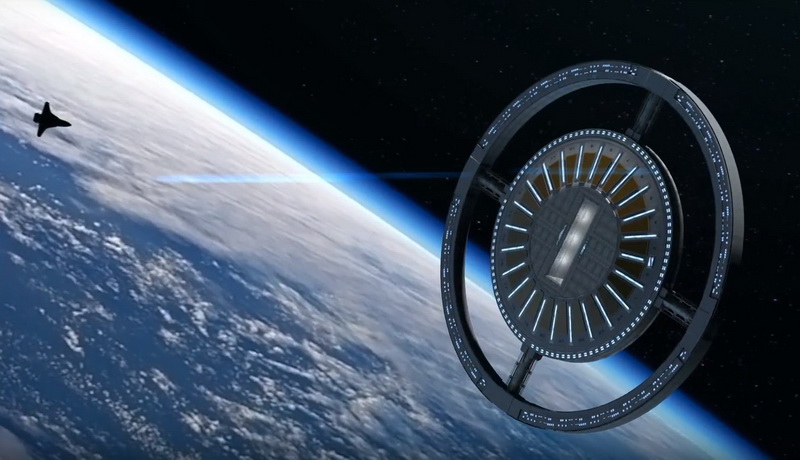 An out of this world luxury vacation that you can look forward to come 2025.
Tuesday, September 17, 2019 By Jx Chong

Previously we have written about Virgin Galatic’s Space Terminal, while a great idea the whole purpose of the spaceport seems muted considering there is nowhere to go to. But as it turns out we may not need to wait long for a reason to travel into space as the world’s first space hotel is scheduled to open in 2025 if all goes according to plan.

Spearheaded by the Gateway Foundation, the dual-purpose space station serves as a destination for commerce, recreation, and research. Given that only 563 people have gone to space since the start of the space race in 1960s, this new space station is set to multiply that number rapidly.

It is an ambitious project that will see the design and construction of the first commercial space station and space hotel named the Von Braun Rotating  Space Station. That may be a mouthful but it is actually a fitting name given that famed aerospace engineer Wernher von Braun conceptualized the idea.

(Related: Get a taste of the land in Capella Curates’ exclusive travel experiences)

The entire station is split between four main sections. This includes The Hub, the main administrative centre and hub of the station. Then there is the large circular disc called Lunar Gravity Area (LGA) that acts as the hotel portion of the station where it is said to contain a large open-air gymnasium, garden, food court, restaurant, and casino.

Within the LGA there will be 24 individual modules that can serve as private residences, research area and as a luxe hotel, complete with life-support systems and sleeping accommodations. The Gateway Foundation estimates the station can accommodate a total of 100 guests per week upon its launch and will offer guests stunning views of the Earth and moon.

If you are worried about safety, the designers have thought of that by including escape vehicles under the rooms should an emergency necessitate their use.

Those curious to try walking on Mars need not wait for the colonisation of the red planet. They can instead get a chance to feel the gravity on mars on the outer ring called the Mars Gravitational Area (MGA) that is claimed to provide accommodations for almost a thousand people.

Finally, the core of the station lies the Hub that facilitates transfer between space shuttles from Earth with 10 gates to receive guests.

To this end, the Gateway Foundation expects this fabled spaceport would be able to accommodate 560 people in one day or 200,000 people a year.

For now, all these concepts sound interesting on paper so we will have to wait and see how this project pans out in the coming years.