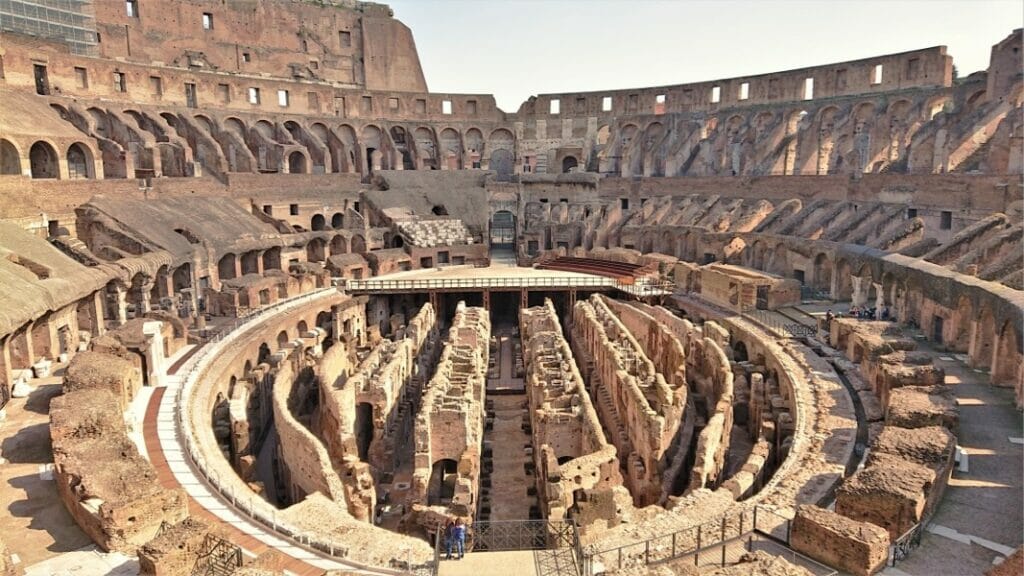 More than just a monument, the Colosseum is a living building with a 2000-year legacy. Read more about the efforts to restore it here.
Wednesday, July 7, 2021 By Sarah Hani Jamil

Regarded as one of the seven wonders of the world, the Colosseum was built during ancient Rome and is one of the most iconic symbols of Italy. The oval amphitheatre symbolises power and was once a place of gathering, accommodating up to 75,000 spectators, who all came to watch gladiator fights, the public execution of criminals and theatrical performances, amongst other events.

Today, the building carries an almost 2000-year legacy and is a major tourist attraction for the city of Rome, with millions of travellers visiting each year to see what lies beyond its majestic exterior.

In 2011, a project was initiated by the Commissioner of the Archaeological Area of Rome and Ostia Antica in agreement with Rome’s Archaeological Heritage Department to restore the historic landmark. The initiative was further strengthened and executed with the support of the Italian luxury brand, the Tod’s Group.

“The Colosseum is a national symbol of Italy across the world and its restoration is an opportunity to communicate our support to the cultural heritage of our Country, an honour we want to share with everyone,” states the group chairman, Diego Della Valle.

Restoration works have been executed in stages over the last decade. In 2013, the first stage saw the rehabilitation of the Northern and Southern façades of the Colosseum, totalling a surface area of approximately 13,300.

Currently, the project celebrates the end of its second phase, which began in December 2018. This aspect focuses on the hypogea, the area below the arena, comprising a series of ‘rooms’ and connected tunnels that lead in and out of the building.

In addition, the project will also see the installation of a new retractable arena floor. Back in ancient Rome, a wooden, sand-covered retractable floor equipped with a series of technological devices concealed the hypogea from spectators. Sadly, this has not been seen since the olden days. Thankfully, the Italian government has pledged €10 million euros to re-install it by 2023.

Read more about Tod’s efforts for the Colosseum here.