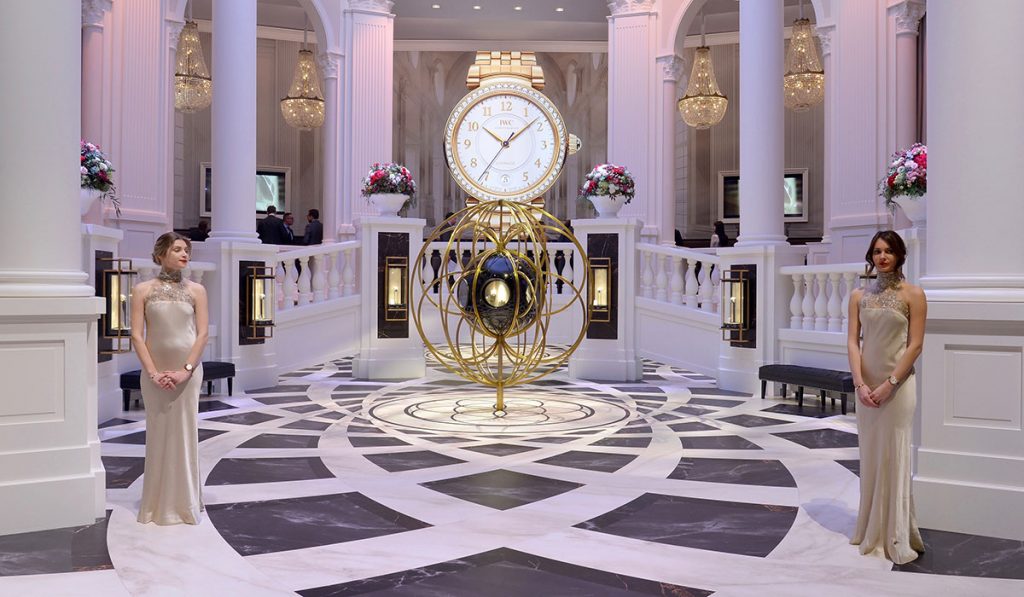 The Peak looks forward to the year ahead with all manner of exhibitions showcasing the best in watches, diamonds, luxury cars and more.
Monday, February 3, 2020 By Editors

The best of the best is put on show at these exhibitions, from the new watches of the decade as well as the best in new motoring technology. What better way to get excited for the promise of a new era than getting up close and personal with the objects that will accompany us there?

New dates, new name, new format, new audiences. For its 30th edition, Salon International de la Houte Horlogerie has now become Watches & Wonders Geneva. This must-attend event for professionals and the public confirms Geneva as the epicentre of watchmaking excellence. This unique experience is now divided into two parts: on the one hand, dubbed â€˜Salonâ€™, an exclusive meeting place for professionals, the press and privileged guests of the exhibiting houses. On the other hand is â€˜In the Cityâ€™, which is happening in the heart of Geneva and will be open to the general public. a multitude of exhibits and specials events are set to uncover all facets of watchmaking excellence to the avid horological collector and hobbyist.

Returning for its spectacular seventh edition, this magnificent showcase of all things glittery and nice will once again be staged at the AsiaWorldExpo venue in Chek Lap Kok, Hong Kong. A stunning showcase for diamonds, gemstones, pearls and precious metals for jewellery, this unparalleled event attracts top buyers and representatives from luxury sectors across the world, as well as international glitterati looking for the finest in jewellery. Some 22 group pavilions from various countries like China, Germany, Japan and the United States, showcasing jewellery from the respective regions, will be on hand at the event. The past 2018 and 2019 editions of the show each attracted some 87,000 buyers from 145 countries and regions, and featured over 4,550 leading exhibitors.

This will be held at the Palexpo in Geneva, SwitzerlandÂ  It occupies a rarefied place in history since no other show sees money, status, and glitz intersect as they do in the Swiss city. But while itâ€™s certainly true that it plays host to a number of supercars and high-dollar luxury rides every year, this is also where plenty of consequential mainstream cars debut. From the first car exhibition in Switzerland in 1905 to the international motor show of nowadays; the Geneva International Motor Show is one of the top five events worldwide not to be missed. Last yearâ€™s highlights included the first showing of the Honda e prototype â€“ the Japanese carmakerâ€™s new electric compact car, and the Koenigsegg Jesko â€“ a 277 mph-capable hyper car. Get ready for more awesome contrasts like this if youâ€™ve booked a flight for this later this year.

Renowned for turning art and commercialism on their heads and injecting a little bit of pop joy into the most mundane of objects, Andy Warhol and his creations are to be featured at Tate Modern from the 6th of March till the 6th of September this year. One of the founding fathers of Pop Art will be exhibiting his vast portfolio of works including lesser known works such as Four Male Costumer Figures from The Andy Warhol Foundation for the Visual Arts and Red Disaster, a work that stunned the world with its hidden message. Also included are beloved classics such as the iconic Marilyn Monroe 1962, which showcase 25 portraits of Marilynâ€™s visage in a grid pattern of varying colour palettes. The deceptively simple Campbell Soup Can is also on show. For a man who loved money, celebrity culture and the cyclical nature of consumerism, Andy Warholâ€™s art sends a message about society that still remains pertinent to this day.