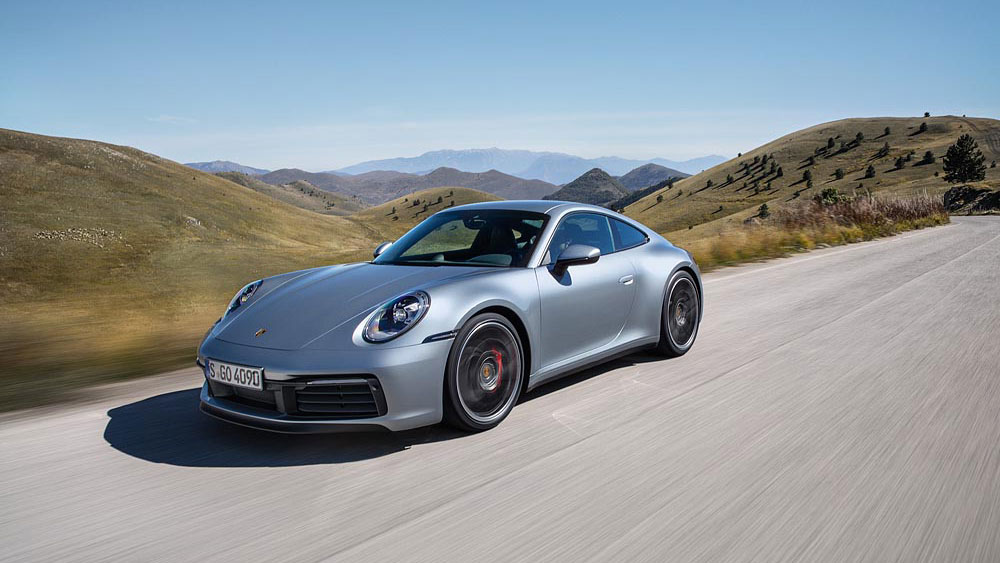 Porsche has introduced its timeless yet modern sports car, the 911. Now entering its eighth generation, the new 911 has gotten a refresh this year that sees it gaining new intelligent features to complement its performance-driven identity.

Porsche is offering the new 911 in two varieties with the 911 Carrera S and 911 Carrera 4S. Boasting intelligent control and chassis elements as well as innovative assistance systems that ensure that it remains a performance orientated sportscar while adding new high-tech features.

Aesthetically, the new 911 features a new design with a wider more muscular design. The rear end has the same width across the models, with a variable-position rear spoiler and seamless elegant light bar.

Also, in between the new LED headlights, the bonnet has a recess that evokes the classic 911 look. In fact, the entire outer skin is now made from aluminium.

Taking a look on the inside, the new 911 models boast a new interior design that is characterised by clear and straight lines on the dashboard with recessed instruments. This clearly draws inspirations from the 911’s predecessors in 1970s.

The centre screen is now 10.9-inches and can be operated quickly without any distractions thanks to a new interface layout. The standard Porsche Communication Management (PCM) central control unit features include online navigation based on swarm data as well as Porsche Connect Plus that assures always-on connectivity with the Internet.

Under the hood, both models boast six-turbocharged engines that have been improved upon to be more powerful than ever, producing 331kW (450PS) in the S models.

This enables both 911 models to beat the four-second mark for acceleration from zero to 100km/h with the 911 Carrera S needing just 3.7 seconds while the 911 Carrera 4SÂ  clocks 3.6 seconds.

Power is delivered by a newly developed eight-speed dual-clutch mode to make driving on wet roads safer. Porsche has developed a Wet Mode that is included as a standard across the model when it detects water on the road, the system will warn the driver so they will adjust the vehicle settings to be more safety orientated.

Apart from that the 911 also features three exclusive digital offerings. With the Porsche Road Trip app, car enthusiasts can plan, organise and navigate trips the Porsche 360+ personal assistant and the web-based Porsche Impact emissions calculator to help you minimise your carbon footprint.