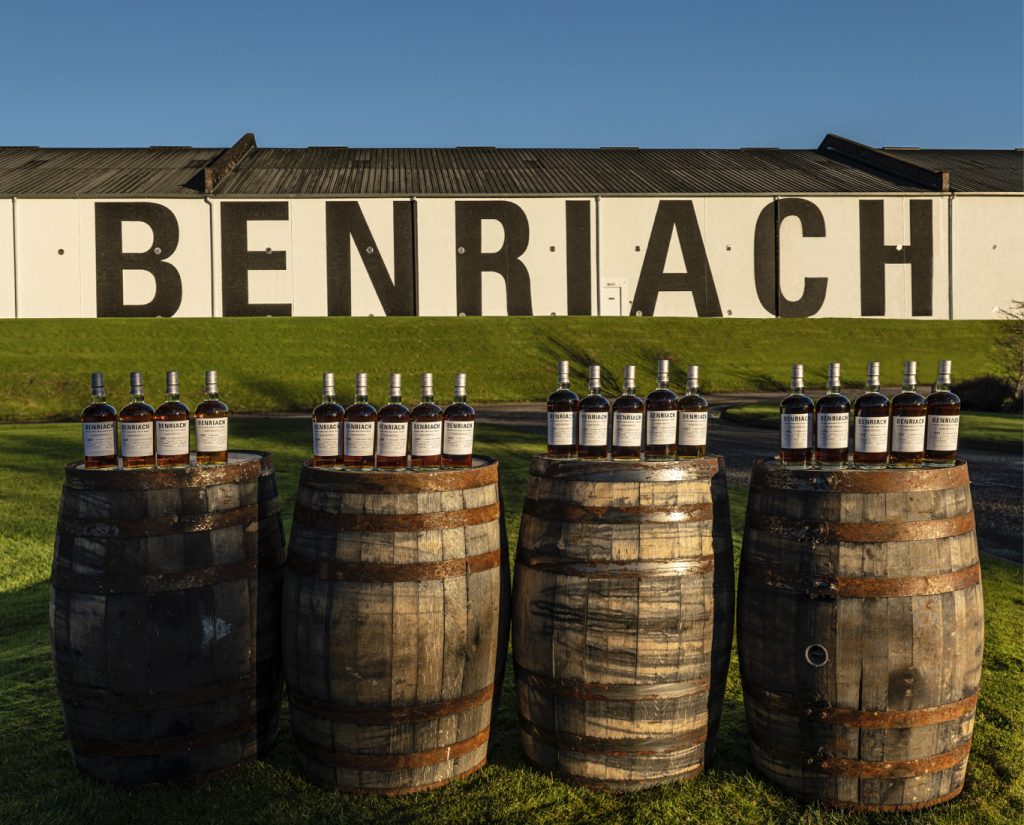 Perhaps the best thing about pursuing an interest in whisky is the fabulous tales that come with every brand name and distillery. Take, for instance, the Scotch house of BenRiach that has just made landfall in Malaysia, courtesy of newcomers Drinks Alliance – the boutique Malaysian beverage distributor that opened its doors just recently in 2019.

The Speyside-based BenRiach certainly has quite a tumultuous history, reveals its Asian Regional Brand Manager, Stuart Fear. “First founded in 1898, it was only operational for two years before the whisky market crash in the early 1900s. But thanks to a new golden era for Scotch whisky in the mid-1960s, BenRiach was reopened in 1965. Today, the distillery is best known for producing both peated and unpeated whiskies, and over the years have experimented with several interesting wood finishes for further maturation.”

Since 2016, BenRiach has been owned by the Brown-Forman Corporation, which also runs the iconic Jack Daniels bourbon brand, and also the equally well-known vodka makers Finlandia.

But more than anything else, BenRiach is all about unique flavours as has one of the largest cask selections among Scotch producers at around 30 different cask types, and was one of the earliest producers to introduce peat into bottlings, revealed Fear during a recent online guided tasting with members of the Southeast Asian media all the way from his base in Taiwan.

“We really want to focus on flavour – what’s in the bottle. In the new Benriach Original Ten that you now have over there in Malaysia, there is a more richly flavoured and rounded malt character, whilst the Twelve balances richly sherried malt with added layers of fruit complexity, reaching a pinnacle at 12 years old.” continues Fear.

Meanwhile, Fear reveals that the BenRiach Smoky Ten has also seen time in not just bourbon casks, but also Jamaican rum barrels and charred virgin oak – the lattermost of which is a recent phenomenon in the world of Scotch.

So, has all this got you smacking your lips in anticipation yet then? Well, well… count your lucky starts because Drinks Alliance, in collaboration with The Peak, is now graciously offering readers a promo code that brings with it an RM25 discount for the purchase of any BenRiach bottlings at the Brown-Forman Shopee Store. (https://shopee.com.my/brownformanmy.os ).

Use the BROWBR2 code to claim the discount, and do take note that this code is valid for usage up to 30 times!

This is definitely the true definition of the distillery’s signature smooth and multi-layered flavours, achieved by maturing the distillate for at least 10 years in three special casks – bourbon barrels, sherry casks and virgin oak. “In the new Original Ten that we have now, a more richly flavoured, rounded malt character might be discerned,” explains Fear, and this gets even better with luscious layers of orchard fruits, toasted oak and subtle hints of smoke.