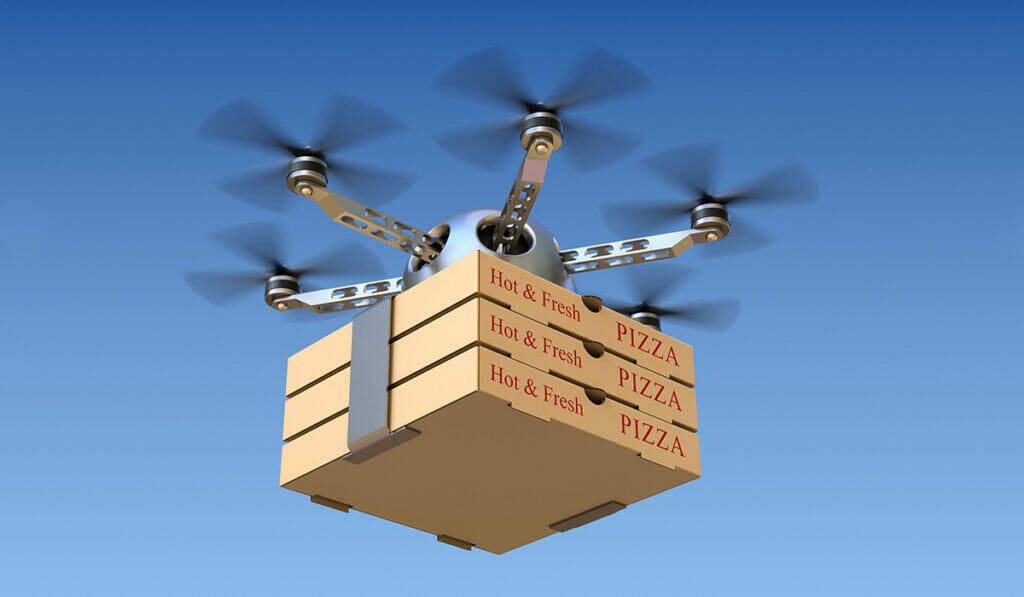 Watch the skies above because your next home delivery could be delivered by a drone.
Wednesday, January 8, 2020 By Ellfian Rahim

In a first for consumer delivery,Â Alphabet Inc.â€™sÂ (this is the parent company for Google) Wing drone service is transporting packages, over-the-counter medication, snacks and gifts to residents of Christiansburg, Virginia in the U.S. After getting an Air Carrier Certificate from the Federal Aviation Administration (FAA)Â just on Oct. 18 last year, Wing became the first company to operate a commercial air delivery service via drone directly to homes in the U.S.

Closer to home in Southeast Asia, with the regionâ€™s densely populated, traffic-filled cities are seeing fierce competition with rival food delivery companies jockeying for market share, looks like a Thai-based drone delivery player is all set to launch its own drone-delivery services in this neck of the woods real soon too.

But suppose the medical use case is Flingâ€™s foot in the door of public acceptance, so to speak.

Michael Currie, CEO and founder ofÂ Fling had this to say in a recent interview: â€œIn the long term, weâ€™re excited about the potential for drones to cut delivery times in the crowded metropolises of Southeast Asia.Â  Iâ€™m confident that people will accept delivery drones as a part of everyday life when they see their food delivery times cut by five to 10 times over the best ground delivery services.â€

â€œA human must always sit on a motorcycle.Â  Even in Southeast Asia, that still puts a lower bound on the per-hour variable cost of a motorcycle service.Â  With drone delivery, the only irreducible variable costs are drone and battery depreciation, both of which can be expected to fall over time as technology improves and as scale rises,â€ continues Currie.

Fling uses standard multi-copter drones and components with millions of hours of cumulative flight time.Â  These drones are customised with an onboard flight computer system to provide secure 4G connectivity, and real-time video streaming to the control station. At the control station, AI software is used to identify people and obstacles near the delivery site.

Of course, all the Customer needs to do is to make their orders via the Fling Drone Delivery app, available for Android and iOS!Â