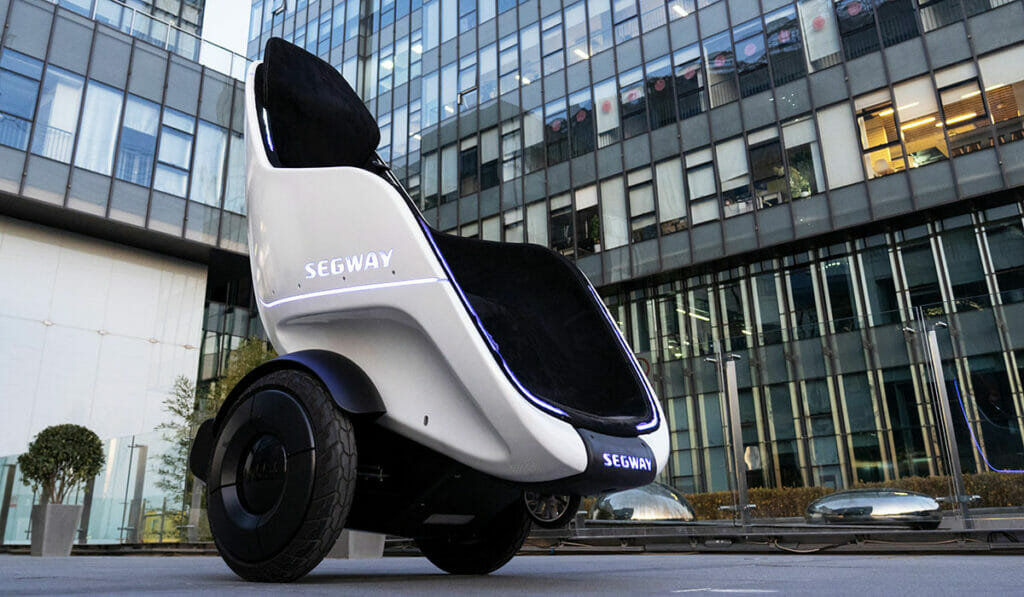 The creators of the self-balancing Segway are creating the electric wheelchair of the future.
Tuesday, January 7, 2020 By Jx Chong

Segway-Ninebot, the company behind the famous two-wheeled, self-balancing personal transporter the Segway, is set to introduce their latest innovative product the S-Pod.

To put it simply, the S-Pod is essentially an egg-shaped chair on wheels that acts as a personal transport vehicle for those who may have trouble walking long distances or act as a cool fun way to travel.

If you are a movie fan, you might recognise the S-Pod as one of those nifty futuristic chairs used by humans of the future in the classic Pixar film WALL-E. In a twist, the S-Pod’s creators attributed the Gyrosphere from 2015’s Jurassic World as its main source of inspiration.

There is plenty of interesting technology packed into the S-Pod, including gyroscopic, self-balancing technology are carried over from Segway’s previous inventions.

It doesn’t just rely on its two main wheels to maintain its balance as it also has three smaller wheels to help it manoeuvre.

One key difference between the S-Pod and the original Segway is that the passenger is able to control its movement through the use of a joystick instead of using gestures like leaning to move and steer it.

To top it all off, the S-Pod is quite a speedy vehicle as it can reach speeds of 39km/h.

Segway will be displaying the S-Pod at its booth at the annual Consumer Electronics Show this week in Las Vegas. The company has yet to release details on the availability and price of the S-Pod, though some speculate it will begin selling in 2021.